Hurricane "Grace" is approaching eastern Yucatan Peninsula, Mexico, and is expected to make landfall during the next 6 hours, move across the Yucatan Peninsula today, and move over the southwest Gulf of Mexico late tonight through Friday, the National Hurricane Center (NHC) forecaster Stewart noted at 09:00 UTC on Thursday, August 19, 2021.1

A general W to WNW motion is expected through Friday, followed by a general westward to west-southwestward motion.

On the forecast track, Grace is expected to make landfall in the eastern Yucatan Peninsula during the next six hours, move across the Yucatan Peninsula today, and move over the southwest Gulf of Mexico late tonight through Friday, August 20.

Some strengthening is expected before landfall on the Yucatan Peninsula.

Grace is expected to weaken as it crosses Yucatan, but re-intensification is expected when the center reaches the Gulf of Mexico. 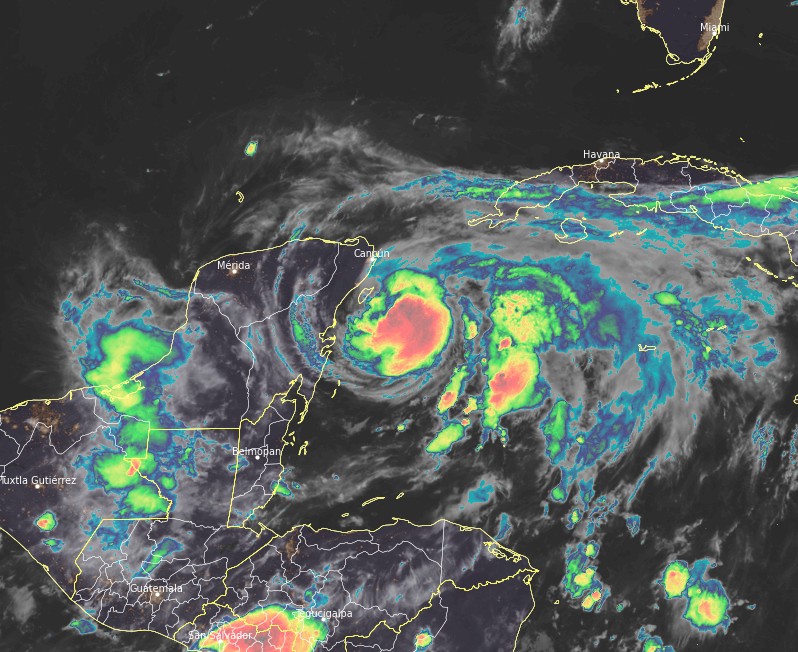 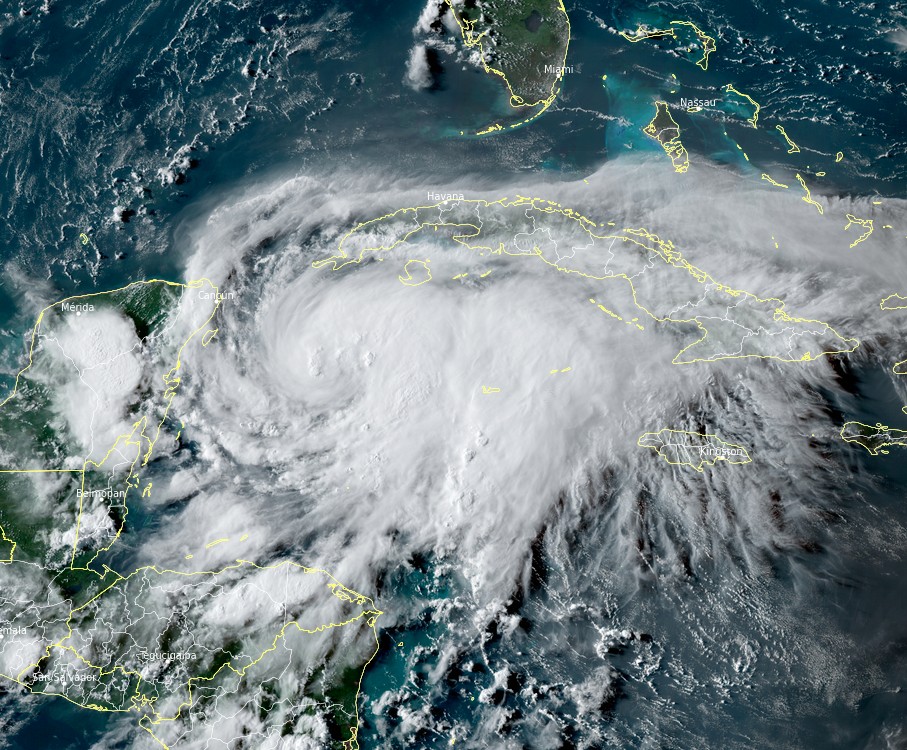 Hurricane conditions and a dangerous storm surge are expected in portions of the Hurricane Warning area in the eastern Yucatan Peninsula of Mexico during the next several hours. Preparations to protect life and property should be rushed to completion, NHC said.

There is an increasing risk of hurricane conditions and dangerous storm surge in portions of eastern mainland Mexico beginning late Friday, and a Hurricane Watch is in effect for part of this area.

Through the weekend, heavy rainfall across central and northern portions of the Yucatan Peninsula and Veracruz State should lead to flash and urban flooding. In addition, the heavy rainfall from Grace will be capable of producing mudslides in Veracruz. 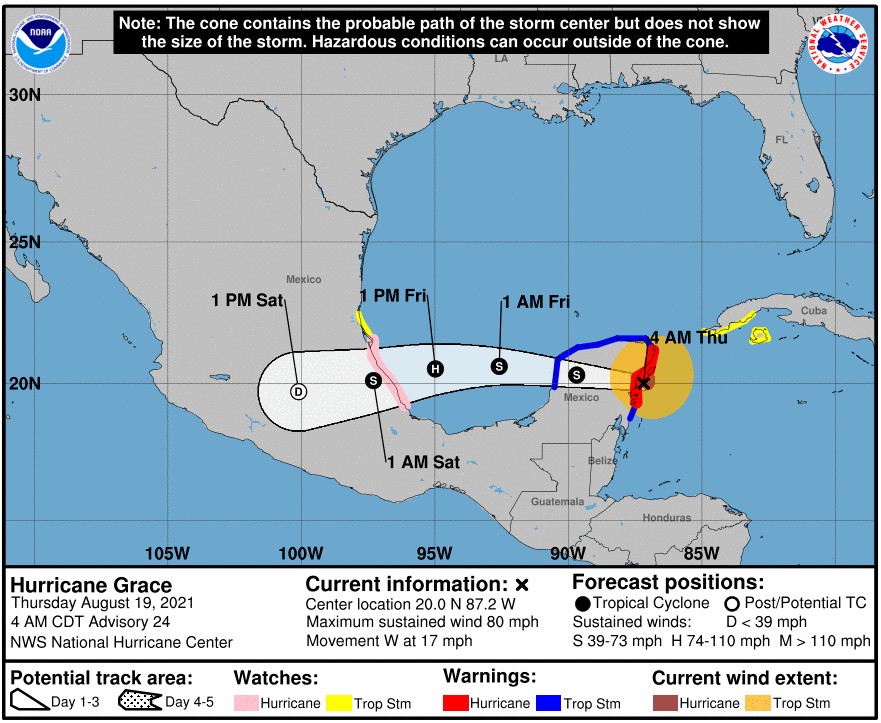 Grace is the 7th named storm and the second hurricane of the 2021 Atlantic hurricane season.