The USGS issued a Yellow alert for shaking-related fatalities and economic losses. Some casualties and damage are possible and the impact should be relatively localized. Past yellow alerts have required a local or regional level response.

Estimated economic losses are less than 1% of the GDP of Algeria.

Overall, the population in this region resides in structures that are highly vulnerable to earthquake shaking, though some resistant structures exist. The predominant vulnerable building types are rubble/fieldstone with mud and low-rise non-ductile concrete frame with infill construction.

The General Directorate of Algerian Civil Protection in Bejaia reported panic as residents fled their homes, cracked walls of buildings, and partial collapse of an old unoccupied building.

There have been no reports of serious injuries or casualties. 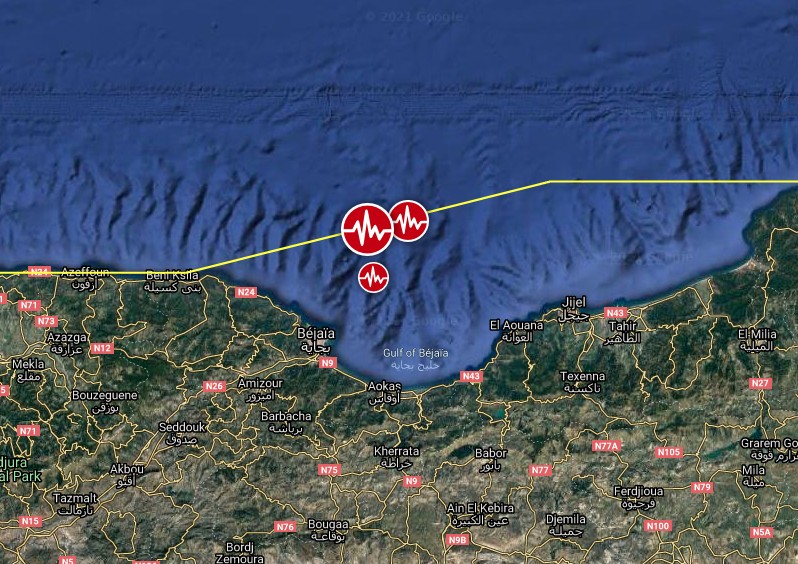 Many other large historical and instrumental earthquakes have severely damaged the coastal cities of Algeria over the last few centuries (i.e., around Algiers, Oran, Mascara, Djidjelli, Constantine and Bejaia).

These earthquakes suggest active deformation of the margin in conjunction with the clear offshore extent of active coastal faults. 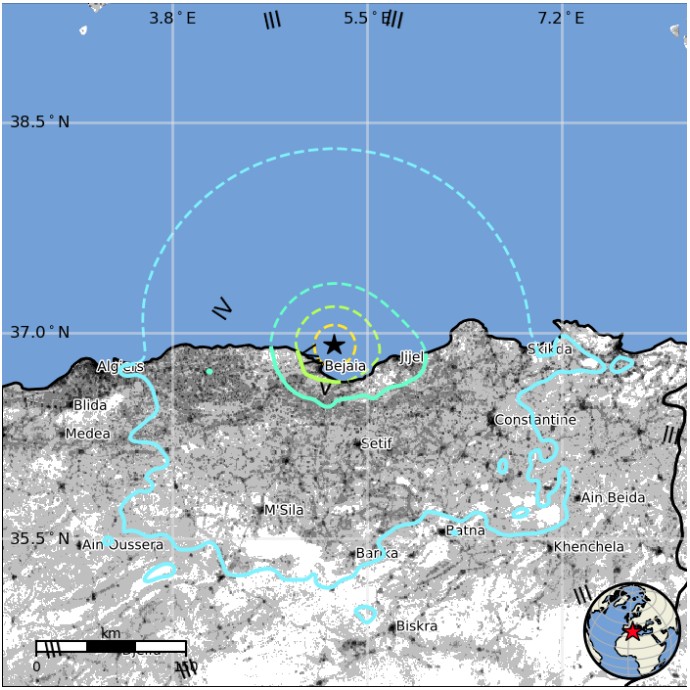 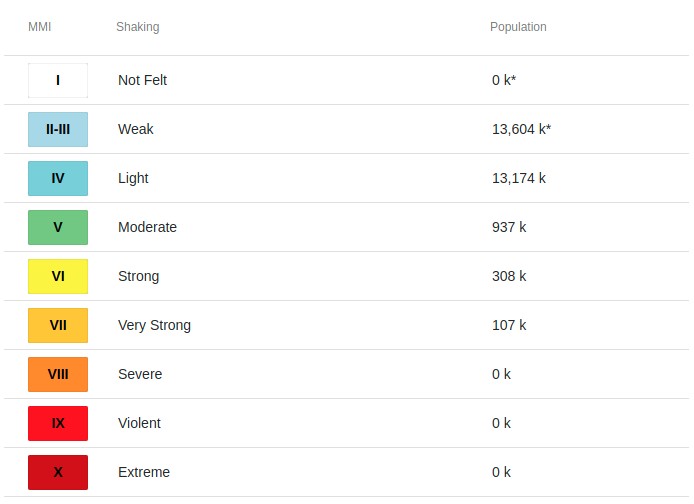 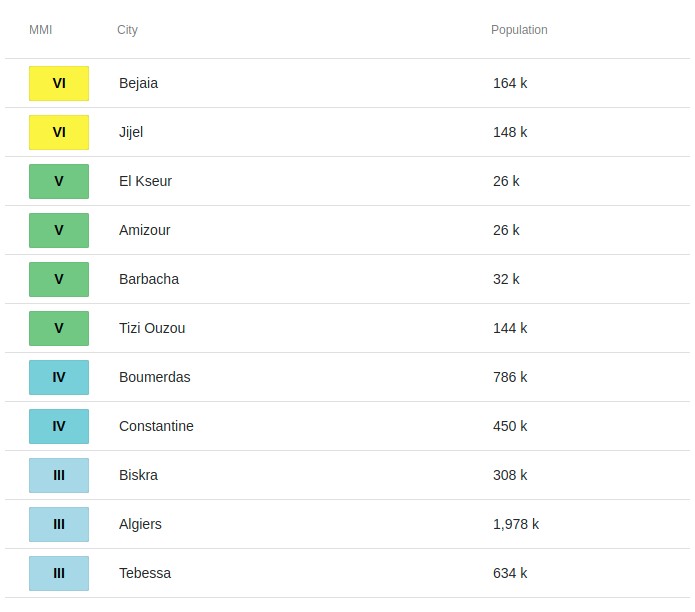 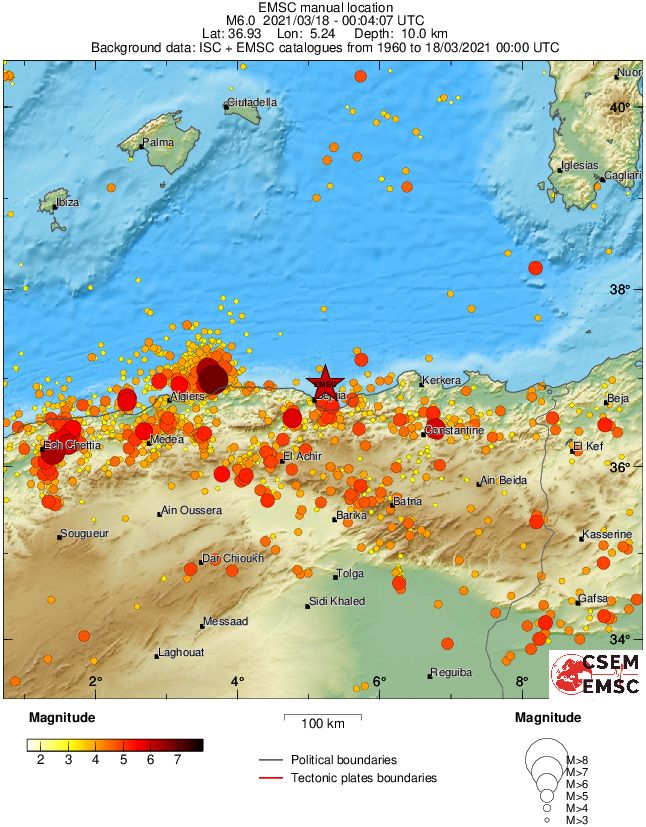