One month after the most powerful earthquake in the history of Croatia — M6.4 in Petrinja on December 29, 2020 — large sinkholes are still opening near the epicenter.

Numerous sinkholes have opened up in the village of Mečenčani, located about 25 km (15 miles) from the epicenter, after the earthquake struck on December 29.

Thousands of aftershocks were registered after the quake, with new ones still being detected every day. 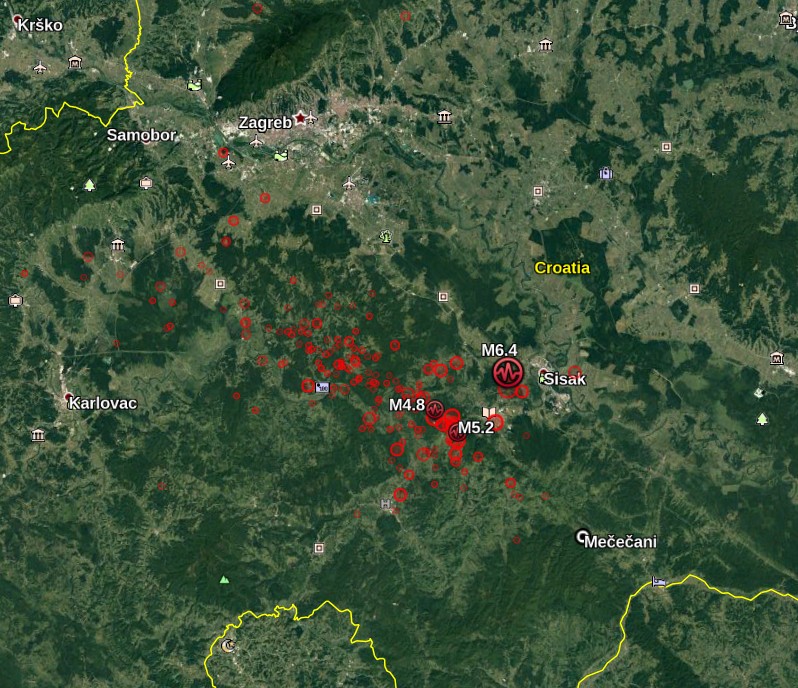 The existing holes are still growing, displacing residents, and new ones are still opening in the area every day.

Some of the growing holes are so close to homes, there are fears some of them might get swallowed in.

According to locals, holes started appearing 2 days before the mainshock, but their number rapidly increased on December 29.

10 days after the quake there were 15 holes in the village, with at least another 15 nearby.

Experts said sinkholes in this karst region would open up eventually even without the quake.

The quake directly affected 116 000 people. The worst affected are the cities of Petrinja, Sisak, and Glina, and rural areas around them.

More than 35 000 homes, 4 550 businesses, including family farms, were damaged — with many destroyed.

56 schools were damaged, of which 9 collapsed, and 30 churches, of which 10 collapsed.