Eruptive activity is ongoing at Hawaii's Kilauea volcano, with lava erupting from a vent on the northwest side of the crater. As of January 25, 2021, the lake was around 205 m (673 feet) deep, while SO2 emission rates remain elevated. The volcano is currently on Alert Level Watch alert level and Aviation Color Code Orange.

Seismicity is elevated but stable, with steadily elevated tremblors and a few minor quakes, according to the U.S. Geological Survey's (USGS) update released on Tuesday, January 26.

Geodetic monitors show that the upper part of the East Rift Zone contracted, while the summit deflated. No seismic or deformation data are present to indicate that additional magma is moving into either of the volcano's rift zones.

SO2 and H2S emissions from Puʻu ʻŌʻō were below detection levels when measured on January 7.

Meanwhile, a low fountaining from the west vent supplies the lava pouring into the lake within the Halemaʻumaʻu lava crater.

Flames have been observed numerous times at the western fissure in Halema‘uma‘u.

"We are not sure what the combusting gas is, but flames were observed numerous times in Halema‘uma‘u during the early 1900s lava lake."

As SO2 is spewed from the summit, it will react in the atmosphere with oxygen, sunlight, moisture, and other gases and particles, and will convert to fine particles within hours or days.

The particles scatter sunlight and cause the visible haze that has been observed downwind of the volcano known as volcanic smog or vog, during previous summit eruptions.

Vog creates a potential for airborne health dangers to people, damages to plants and agricultural plants, and affects livestock operations. Rockfalls and minor explosions, such as the ones that occurred during the 2008–2018 lava lake eruption at Kīlauea summit, may suddenly occur and without warning.

This underscores the extremely hazardous nature of the Kīlauea caldera rim surrounding Halemaʻumaʻu crater, an area that has been closed to the public since late 2007.

Pele's hair and other lightweight volcanic glass fragments from the lava fountains within Halemaʻumaʻu will fall downwind of the fissure vents and lava lake, dusting the ground within a few hundred meters of the vent. 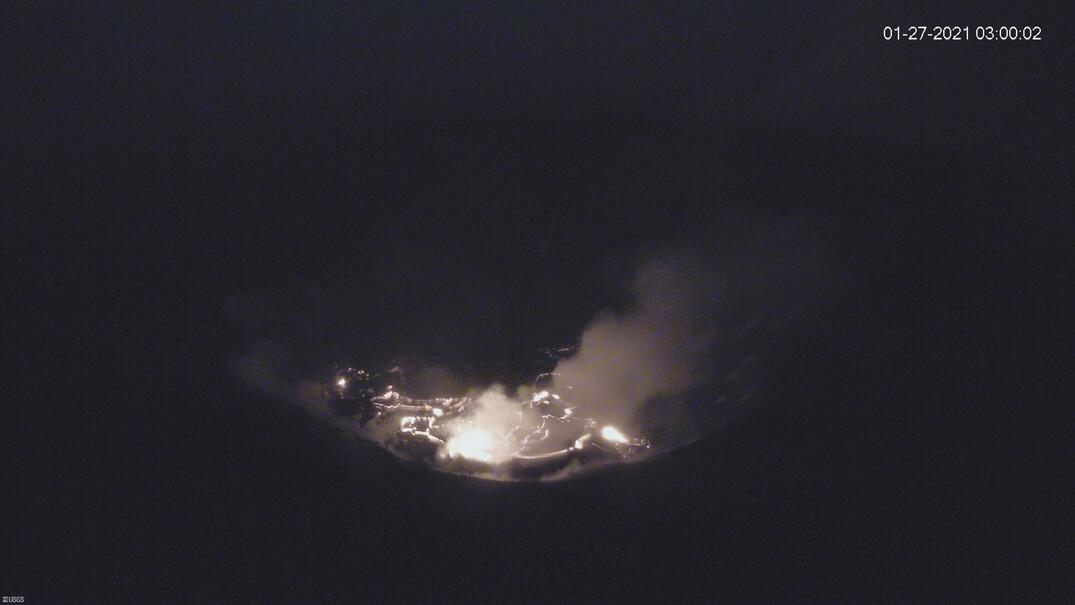 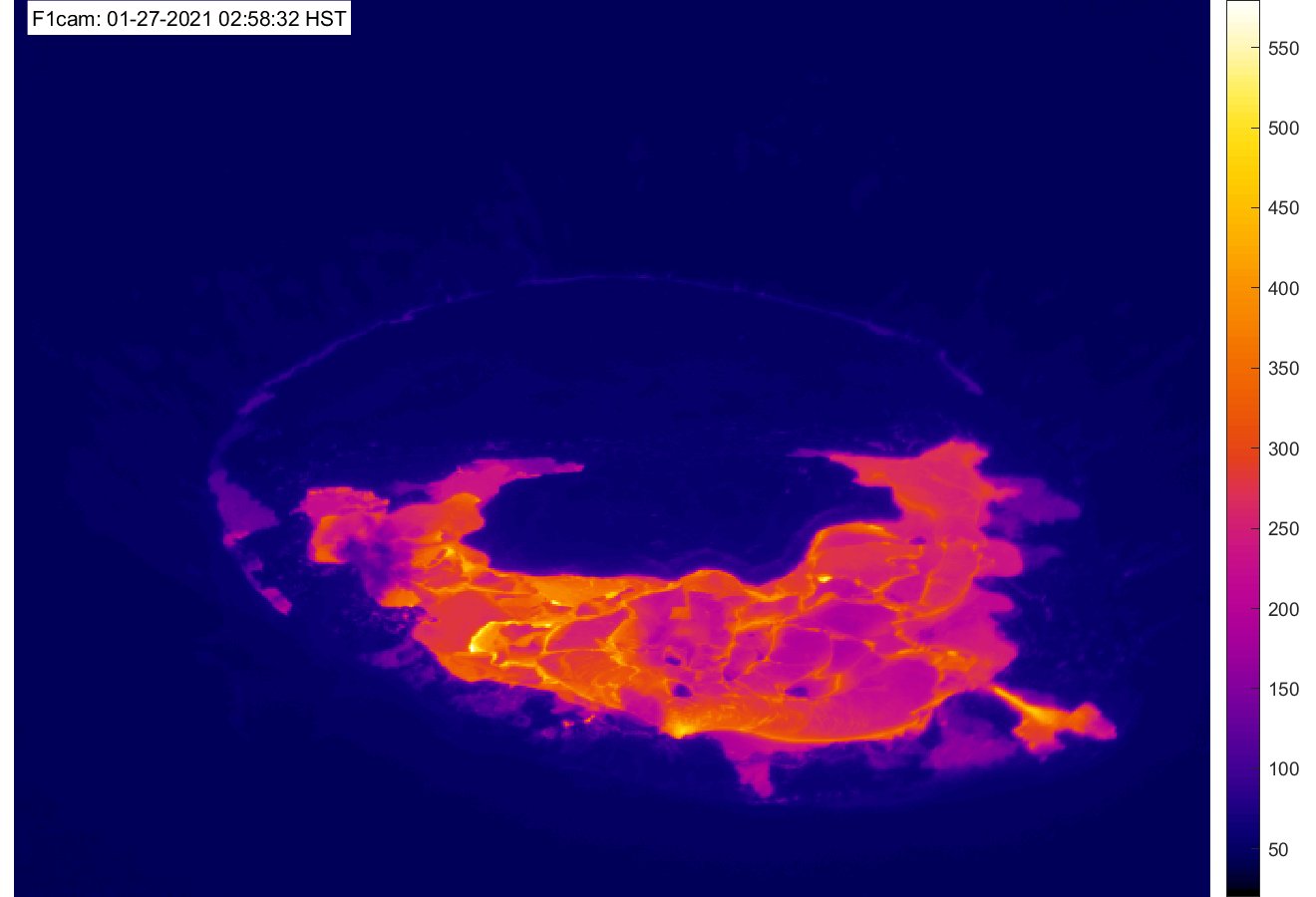 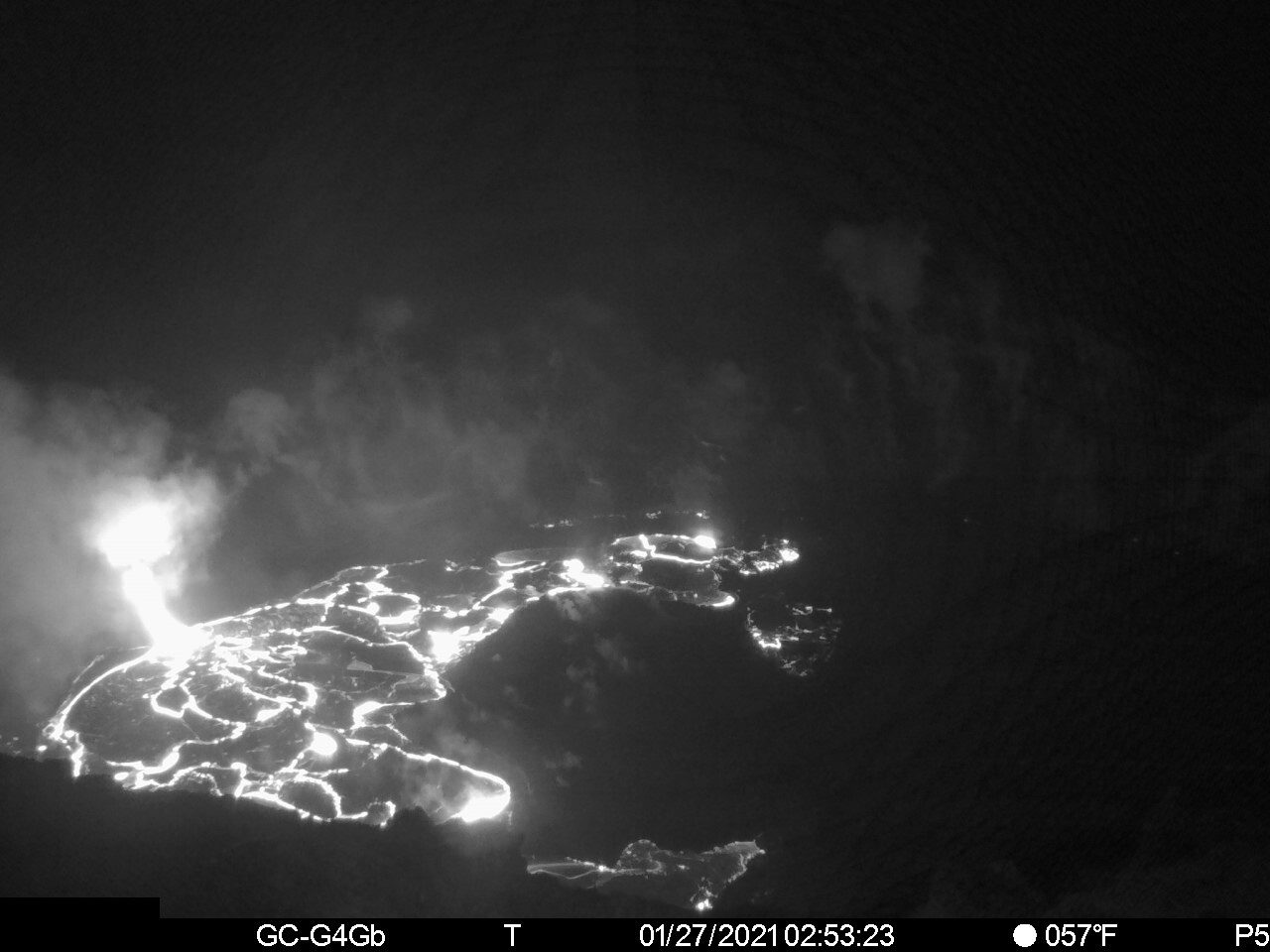 A long-term eruption from the East rift zone that began in 1983 has produced lava flows covering more than 100 sq km (37 sq miles), destroying nearly 200 houses and adding new coastline to the island. (GVP)