Researchers from GNS Science in New Zealand announced that they had mapped the shape and size of Zealandia– the Earth's lost 8th continent, which is now sitting about 1 067 m (3 500 feet) under the South Pacific.

"We've made these maps to provide an accurate, complete, and up-to-date picture of the geology of the New Zealand and southwest Pacific area– better than we have had before," said Nick Mortimer, who led the work.

The team mapped the bathymetry surrounding Zealandia– the shape and depth of the ocean floor and its tectonic profile. The maps showed unprecedented information about how Zealandia formed before it was submerged underwater, millions of years ago.

To better understand the continent, the team mapped both Zealandia and the ocean floor around it. The map reveals how high the mountains and ridge rise toward the water's surface. It also shows coastlines, territorial limits, and the names of significant underwater features. 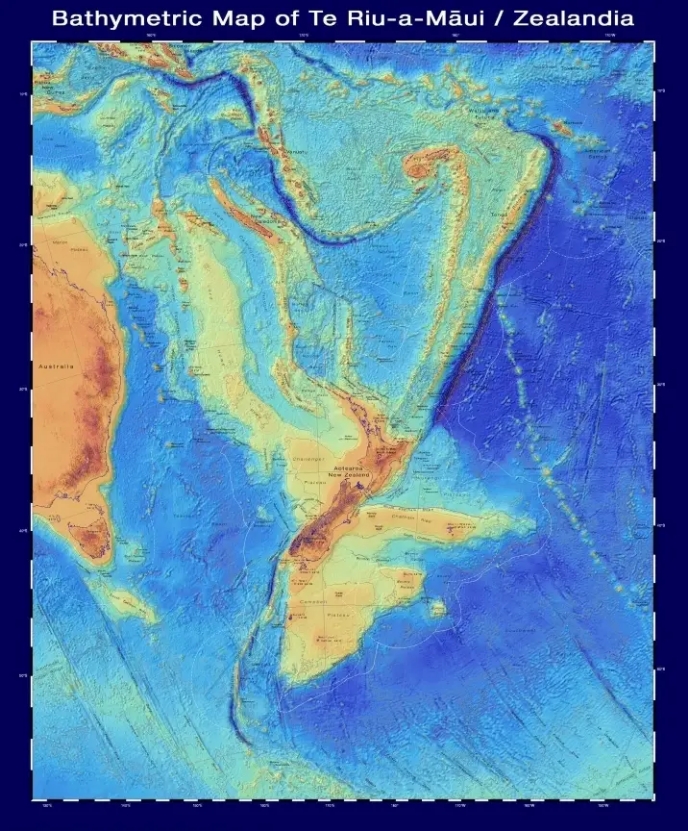 The second map shows the types of crust that make up Zealandia, how old the crust is and the major faults. The continental crust, which is an older and thicker kind of Earth's crust, is shown in red, orange, yellow, and brown. The oceanic crust is shown in blue. Red triangles show the volcanoes.

The map also reveals where Zealandia sits across different tectonic plates, which plates are being pushed under the others in a process called subduction, and how quickly the movement is occurring. 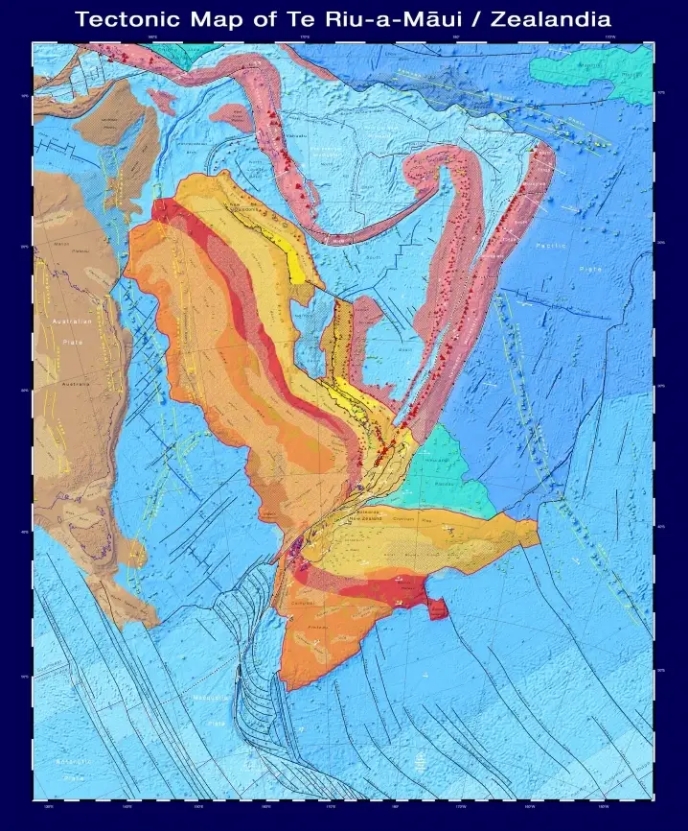 The team also released interactive versions of both maps on the Zealandia webpage.

The map is part of a global initiative to trace the planet's entire seafloor by 2030.