An average of roughly 1 500 landslides took place in Japan ever year during the last 10 years, marking a surge of nearly 50 percent, according to a government report endorsed by the Cabinet of Japan.

The report also showed that in 2018, the country was struck by a record 3 459 landslides that were triggered by torrential rain in the western region and a significant earthquake in Hokkaido. Typhoon "Hagibis" and other torrential downpours also triggered 1 996 landslides.

This month, the Japanese government made legal actions to tighten restrictions on the development of red zone sites, where residents' lives are at the highest risk in the event of landslides, and to introduce a system for municipal governments to provide relocation. 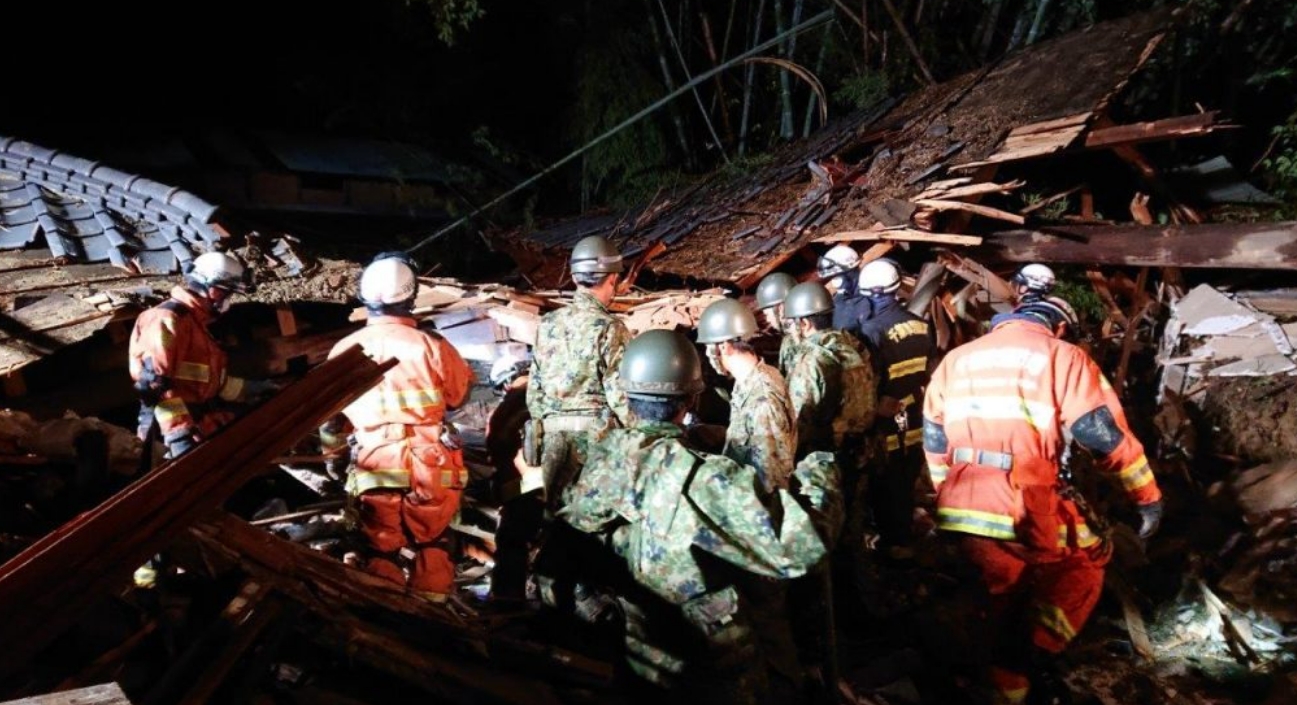 Meanwhile, the Japan Meteorological Agency (JMA) warned of landslides, particularly in the northern part of Kyushu hit by torrential rain this week.

Recently, a torrential downpour hit the southwestern prefecture of Nagasaki on June 25, which was described as a 'once-in-50-year' event by JMA. Sasebo city also hit a record high for the month of June, with 281.5 mm (11 inches) registered in a 24-hour period.

During the same period, an M6.2 earthquake struck off eastern Japan, registering lower 5 on Japan's seismic intensity scale of 7, in Asahi, Chiba. There were no reports of landslides following the tremor, but JMA warned that quakes of the same intensity may follow over the next week in areas that experienced strong shaking.

The National Police Agency announced Thursday that it is preparing to launch a website in August, where citizens can share photos and videos of major calamities so authorities can promptly control traffic and begin relief operations.