The Aviation Color Code was raised to Orange – the volcano is exhibiting heightened unrest with an increased likelihood of eruption / a volcanic eruption is underway with no or minor ash emission.

There is no evidence of ash in the plume, the Wellington VAAC said late October 14.

"An intermittent smoke eruption towering to 4.6 – 5.2 km (15 000 – 17 000 feet) above the summit of the Metis Shoal Volcano, Ha'apai, this morning, has an increased likelihood of an eruption, with an aviation VONA alert now increased to Orange," the Tonga Meteorological Service advised at 10:20 LT on October 15, as reported by the MatangiTonga.

An intermittent smoke eruption towering up to 17000ft over Metis Shoal submarine #volcano, Tonga, has an increased likelihood of an eruption. An Orange VONA aviation alert by Tonga Met Service at 10:20am today was based on Real Tonga pilots' observations. https://t.co/DKYjjTfo3h pic.twitter.com/Xswia4HC08

There have been no earthquakes detected in the area, the service said.

First reports of eruption came from the Town Office of Fotuha'a Island at 20:30 LT, October 14. However, the met service couldn't verify until this morning's Real Tonga flight when the above image was taken.

Tonga Met Director, 'Ofa Fa'anunu said they will issue a new Volcano Observatory Notice for Aviation (VONA) this evening (LT), after domestic flights come in and any other shipping reports or observations are received. 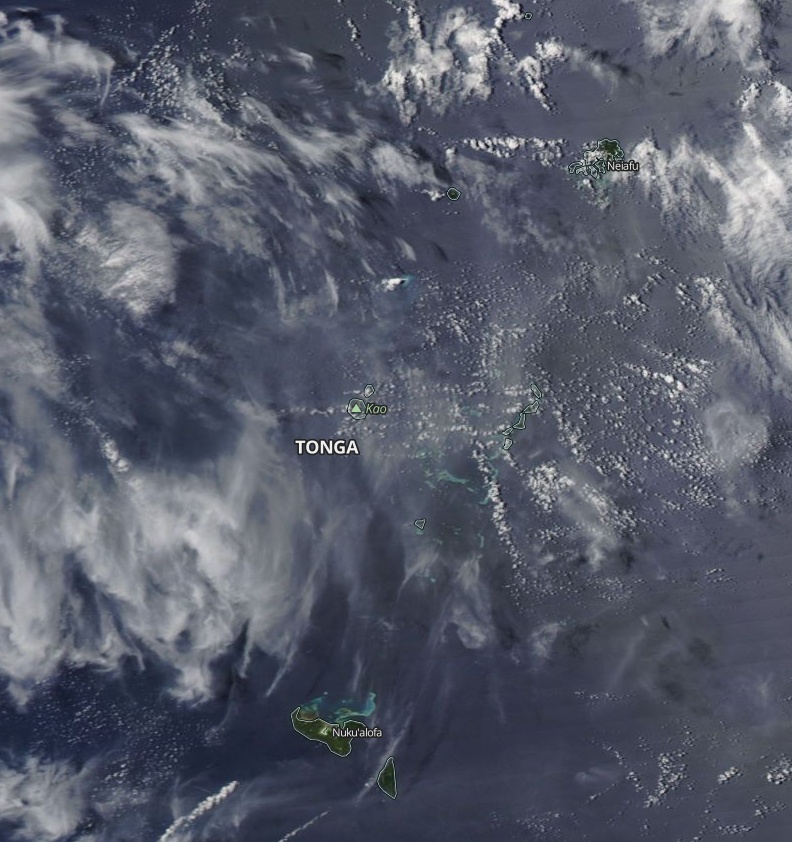