Although Tropical Storm "Barry" is expected to make landfall in Louisiana as a Category 1 hurricane on Saturday, July 13, 2019, USGS coastal change experts forecast that wind-driven waves are likely to damage beaches in Mississippi, Alabama and the western Florida Panhandle as well, with those effects being felt as early as Thursday night, July 11.

If Barry continues on the course and intensity predicted by the National Hurricane Center on Thursday, it is very likely that about one-fifth of Mississippi’s sandy beaches will be overwashed, with storm waves breaking over the dune peaks, a USGS computer model predicts.

In Louisiana, about one-tenth of sandy beaches will very likely be overwashed by storm waves. 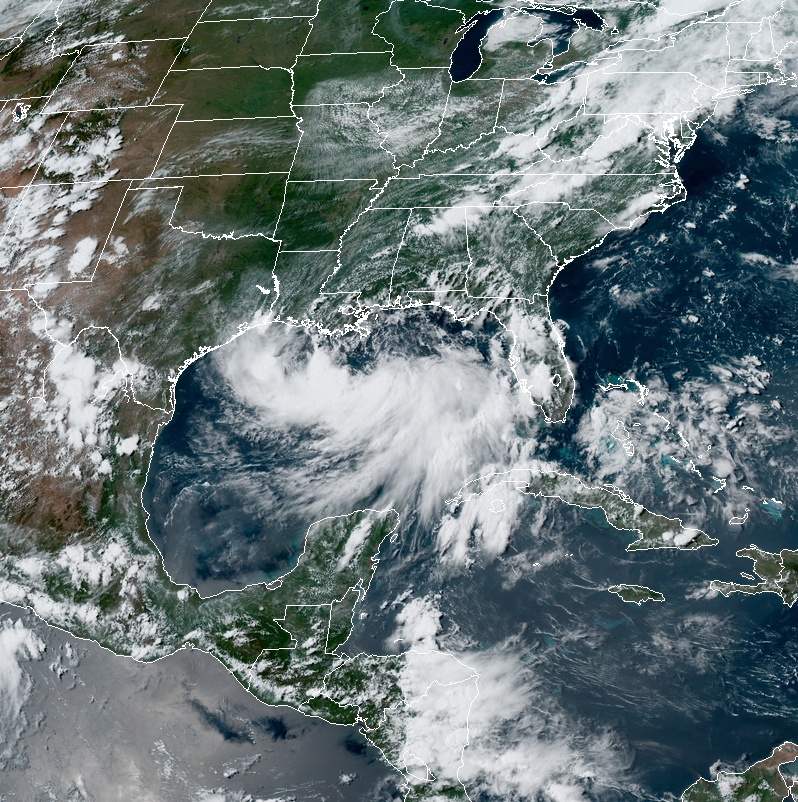 "Even though the storm is expected to make landfall in Louisiana and the storm surge is expected to be greatest there, the coastal impacts may be greater in Mississippi, Alabama and the Florida Panhandle because of large onshore-directed waves," said research oceanographer Kara Doran, leader of the USGS Coastal Change Hazards Storm Team based in St. Petersburg, Florida.

Barry’s storm surge is forecast to be about 0.9 to 1.8 m (3 – 6 feet), centered on the Louisiana coast, but the storm is expected to generate waves of 3.6 to 4.6 m (12 to 15 feet), Doran said, with those waves beginning to strike shorelines east of Louisiana late on Thursday.

"Wave run-up is much higher for Mississippi and Alabama, and a little bit for the Florida Panhandle, because those areas are forecast to be within the storm’s northeast quadrant, which is the most powerful portion of the storm, with winds and waves directly aimed at the coast," she said. "The main impact will probably be beach and dune erosion, with some overwash on Mississippi’s low-lying barrier islands."

Only 3% of Alabama’s sandy beaches and none of Florida’s are very likely to be overwashed, according to Thursday’s prediction. 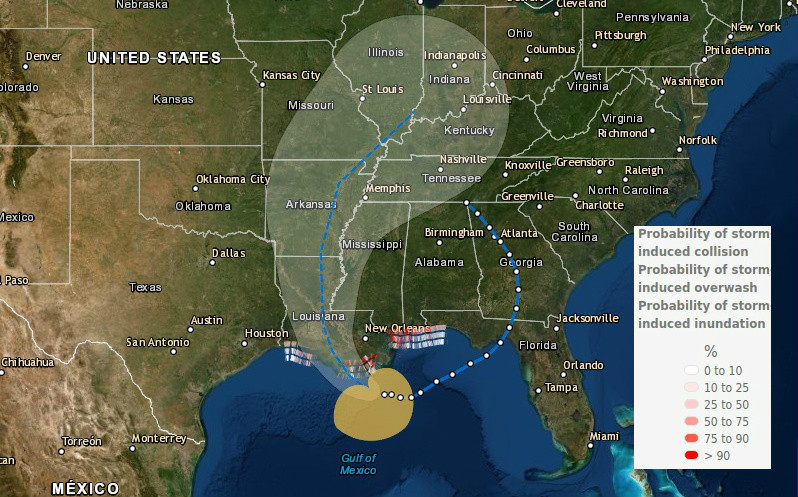 The prediction of Barry’s effects at landfall are based on results of the USGS Coastal Change Forecast model, which has been in use since 2011 and is continually being improved. The Coastal Change Forecast model starts with inputs from the National Hurricane Center’s storm surge predictions and National Oceanic and Atmospheric Administration wave forecast models. The USGS model then adds detailed information about the forecasted landfall region’s beach slope and dune height. It predicts how waves and surge will move up the beach, and whether the protective dunes will be overtopped. Image credit: USGS/CCH 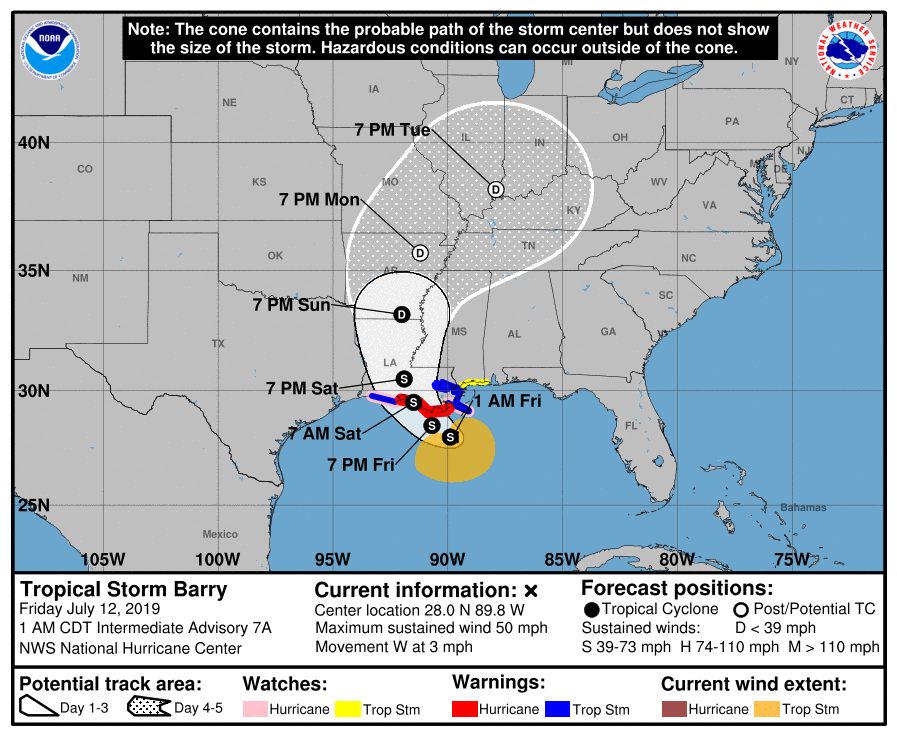 A slow west-northwestward to northwestward motion is expected to begin later today, followed by a turn toward the north on Saturday.

On the forecast track, the center of Barry will be near or over the central or southeastern coast of Louisiana on Friday night (CDT) or Saturday and then move inland into the Lower Mississippi Valley on Sunday.

Some strengthening is expected during the next day or so, and Barry could become a hurricane Friday night or early Saturday when the center is near the Louisiana coast. Weakening is expected after Barry moves inland.

Tropical-storm-force winds extend outward up to 140 miles (220 km) primarily to the south and east of the center.

There is a danger of life-threatening storm surge inundation along the coast of southern and southeastern Louisiana where a Storm Surge Warning is in effect. The highest storm surge inundation is expected between Intracoastal City and Shell Beach. Residents in these areas should listen to any advice given by local officials.

The slow movement of Barry will result in a long duration heavy rainfall and flood threat along the central Gulf Coast and inland through the lower Mississippi Valley through the weekend into early next week. Flash flooding and river flooding will become increasingly likely, some of which may be significant, especially along and east of the track of the system.