Heavy rainfall during the month of June added to another record-breaking 12 months of precipitation for the contiguous U.S – the third consecutive time in 2019 (April, May and June) the past 12-month precipitation record has hit an all-time high. 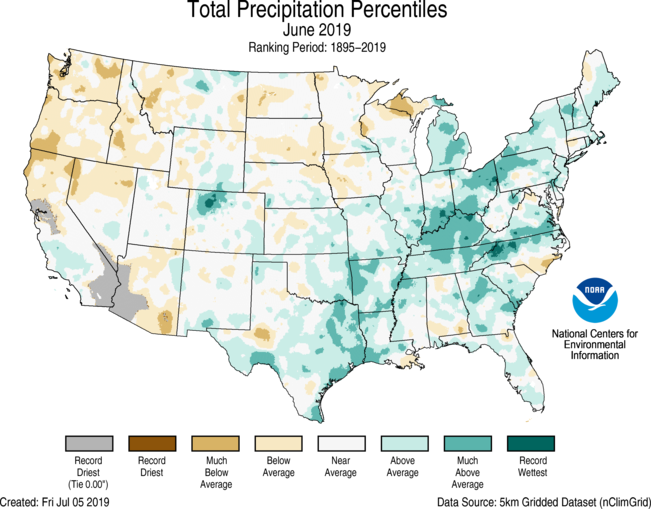 Above- to much-above-average precipitation was observed from the Deep South, through the Mississippi and Ohio valleys and along much of the East Coast. Kentucky ranked third wettest, Ohio was fifth wettest and Tennessee ranked eighth wettest for June.

Flooding persisted along many of the major river systems and their tributaries across the central U.S. including the central and lower Mississippi River, the Missouri River, as well as the Illinois River.

As astronomical spring transitioned into summer in the Northern Hemisphere on June 21, an intense low pressure system brought more than a foot of snow to parts of the northern and central Rockies.

Below-average precipitation was observed across six states in the West as well as North and South Dakota.

According to the July 2 U.S. Drought Monitor report, 3.2% of the contiguous U.S. was in drought, down from 5.3% at the beginning of June. 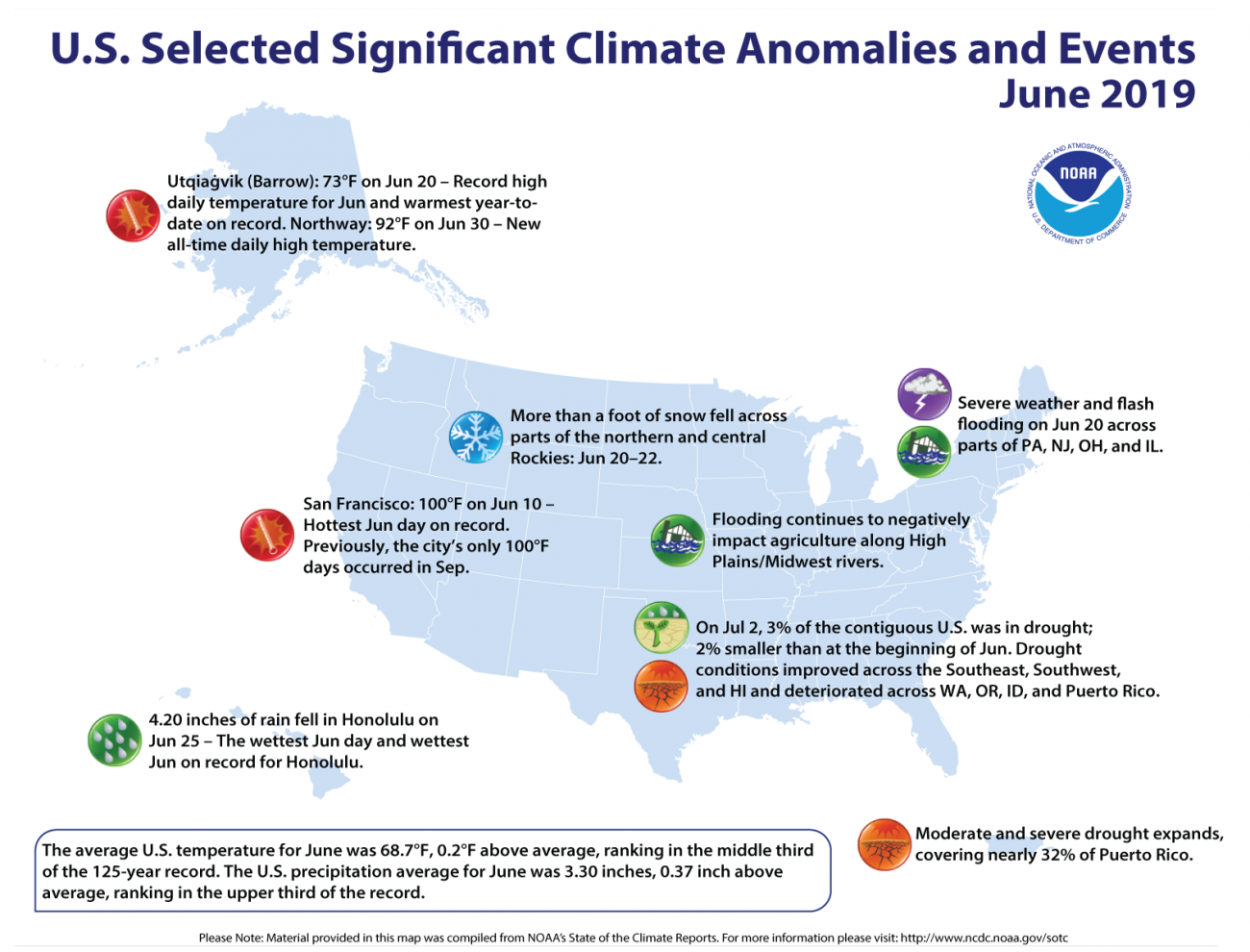