A rare anticyclonic tornado touched down about 3.4 km (5.5 miles) northeast of Estelline, South Dakota during the evening hours of June 15, 2019.

The EF-0 tornado lasted less than a minute and knocked down 7 trees at a farmstead. It was moving in an easterly direction, tossing tree branches to the south and west from the group of trees that were knocked down. One of the trees hit the corner of a shed and bent part of the metal overhang on the shed.

Based off radar data, damage report and a Facebook video, the tornado that occurred northeast of Estelline appears to be a very rare "anticyclonic" tornado, which means that it was rotating in a clockwise direction, NWS said. 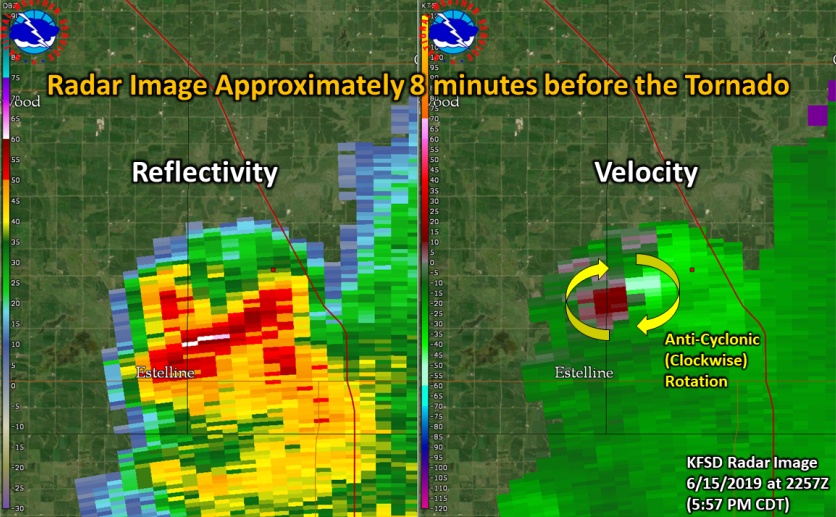 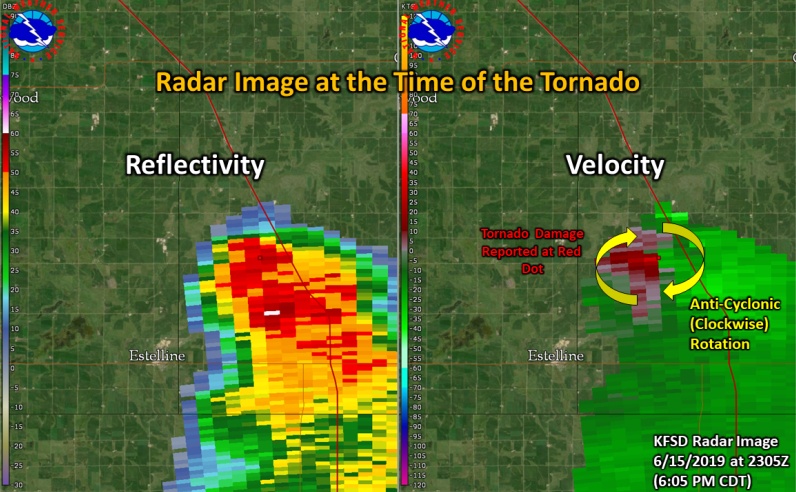 KFSD (Sioux Falls, SD) Radar image from 2305Z (6:05 PM CDT) on 6/15/19 at the time/location of the tornado damage. This location matches the location of the Facebook video that was looking northwest from I-29.

In the Northern Hemisphere, nearly all of the tornadoes that occur rotate in a counter-clockwise ("cyclonic") direction and estimates indicate that maybe only 1% of tornadoes are anticyclonic like the one that occurred on June 15th.

This storm split off from the parent thunderstorm and moved easterly, while the parent storm continued to the southeast. Meteorologists define these types of storms as "left moving" since they move to the left of the storm that they split from.