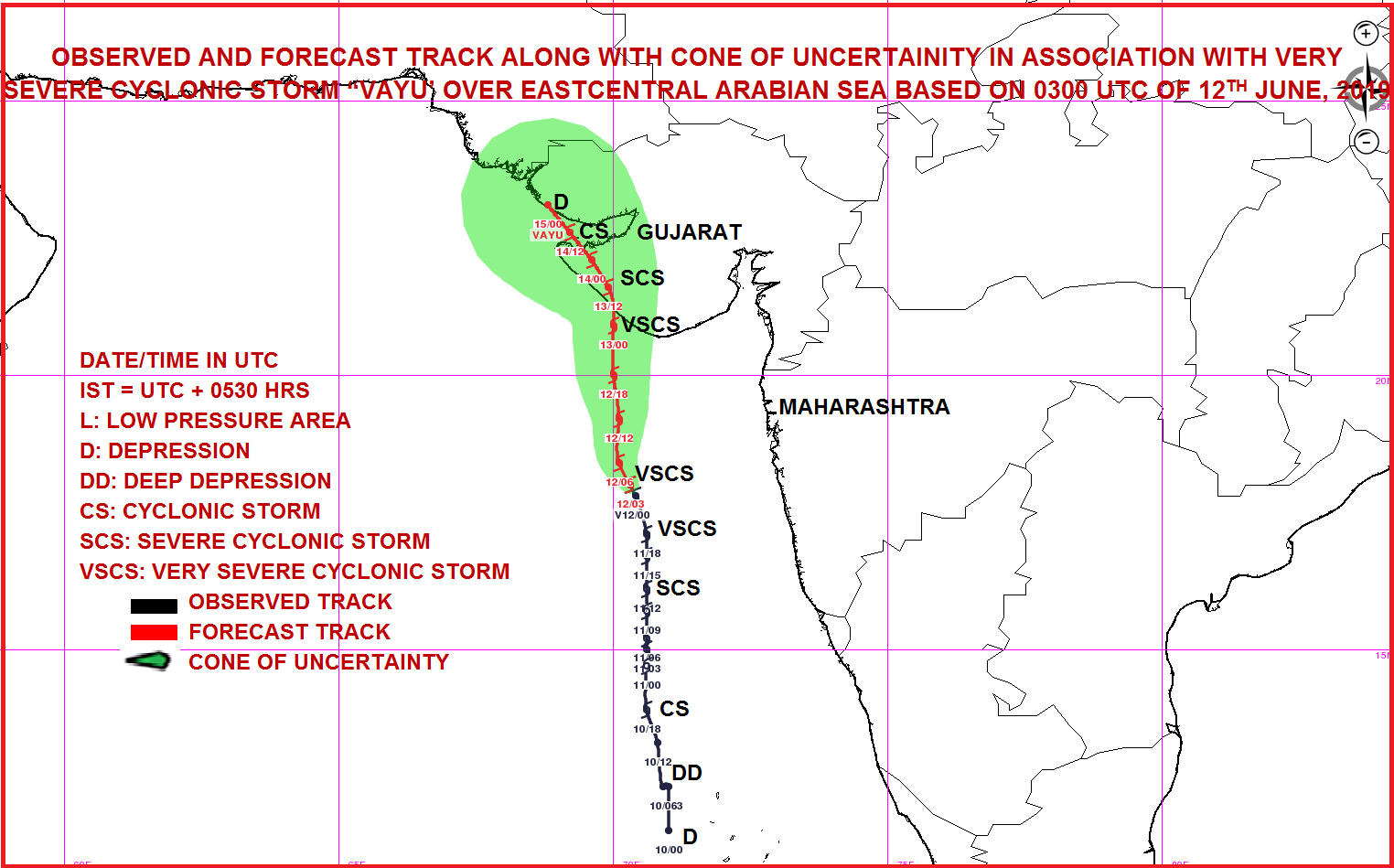 Nearly 300 000 people are evacuating. All train services likely to be affected have been canceled and schools and colleges in affected districts closed until Friday.

The Gujarat tourism department has urged travelers, who have planned their visits in coming two-three days, to postpone.

The sea condition is very likely to become very high to phenomenal over east-central and adjoining northeast Arabian Sea and Gujarat coast from June 12 and over the north Arabian Sea on June 13.

The Sea condition is very likely to very rough to high along and off Maharashtra Coast on June 12 and 13.

Storm surge of height of about 1.5 – 2.0 m (4.9 – 6.5 feet) above the astronomical tides likely to inundate the low lying coastal areas of Kutch, Devbhoomi, Dwarka, Porbandar, Junagarh, Diu, Gir Somnath, Amreli and Bhavnagar districts at the time of landfall.

Bending/uprooting of power and communication poles.

Small boats, country crafts may get detached from moorings.

Inundation of low lying areas in the along the coasts due to heavy rainfall and storm surge. 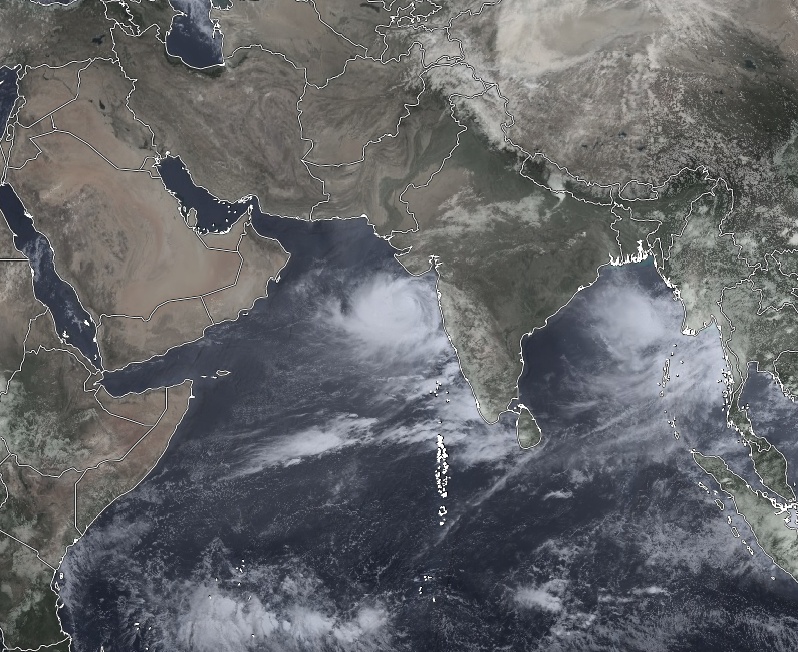 The last time Gujarat saw cyclone comparable to Vayu was back in 1998 when ARB 02 (Tropical Cyclone 03A) hit Gujarat near the city of Porbandar with winds of 193 km/h (120 mph). The cyclone produced storm surge up to 4.9 m (16 feet), causing great loss of life.

Most of the dead were coastal salt mine workers and employees at the port of Kandla, India. The salt miners, who work along the coast trapping salt water and setting it up to evaporate in the sun, were killed when the large storm surge came ashore. Unfortunately, these people did not own radios to obtain proper warning of the approaching storm, and as a result, lost their lives.