Lake Erie has surpassed its water-level average a few months ago and is now recording its highest May level since record-keeping started in 1985. Residents are warned to expect flooding for the foreseeable future.

With the amount of rainfall that Ohio and its surroundings have received this spring, the Lake Erie water levels continue to rise. Its water levels are currently at near record highs, will remain high and are anticipated to peak in the month of June, the Ohio Department of Natural Resources (ODNR) said May 10. Lake levels will then begin to subside due to a normal seasonal decline.

All of the Great Lakes are at near record highs due to increased precipitation across the Upper Midwest and Great Lakes Region.

High water levels increase the chance of flooding in low-lying coastal areas, especially during wind-driven seiche events. The combination of waves and high water can cause severe coastal erosion during these events. Low-lying coastal areas, particularly along the western basin shoreline, will be subject to increased flooding and inundation. Along the entire Lake Erie shoreline, the combination of high water and waves may result in increased or catastrophic erosion during severe storm events, ODNR said.

Coastal property owners need to be aware of anticipated storm events and where there may be increased chances of coastal flooding or erosion. 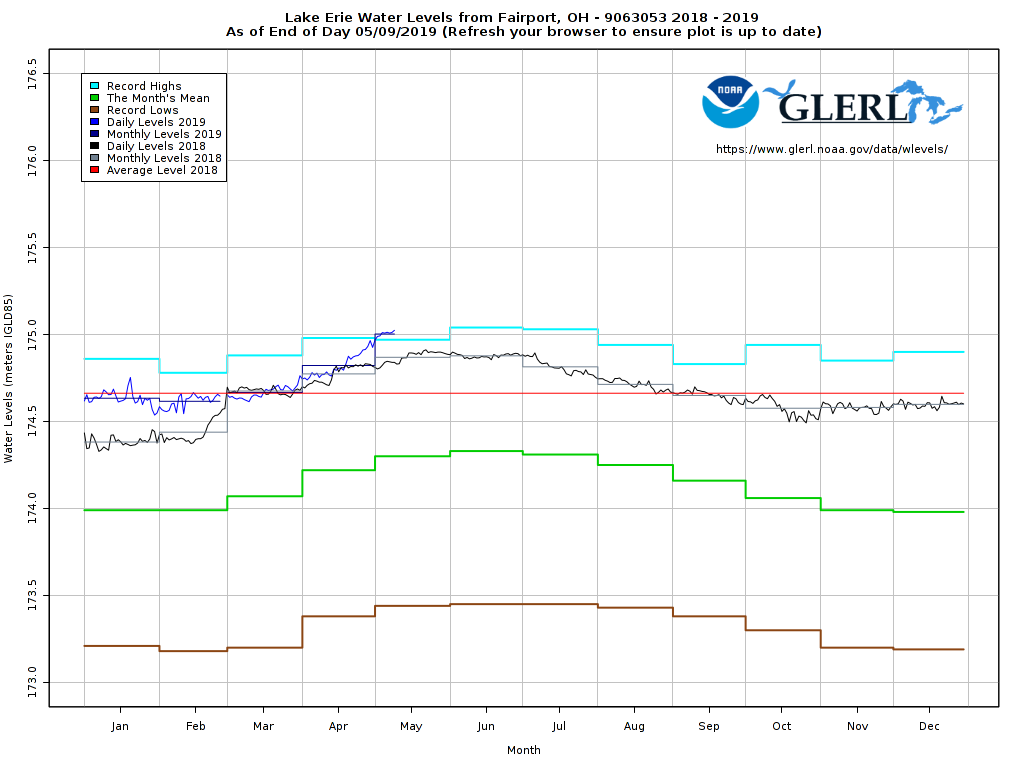 Preliminary estimates indicate that all of the Great Lakes received above-average precipitation in the month of April, at least 24% above average.

Lake Erie experienced the highest above average at 37%.

April water supplies to each of the Great Lakes were significantly above average as well. In fact, Lake Michigan-Huron experienced its fifth highest April net basin supply since 1900, while Lake Erie experienced its ninth highest. 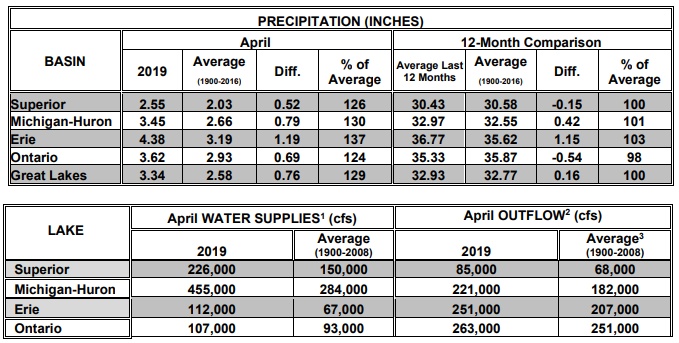