A very strong earthquake registered by CSN as M6.7 hit near Coquimbo, Chile at 01:32 UTC on January 20, 2019 (22:32 local time, January 19). The agency is reporting a depth of 50.1 km (31 miles). USGS is reporting M6.7 at a depth of 53 km (32 miles). This earthquake can have a medium humanitarian impact based on the magnitude and the affected population and their vulnerability.

Overall, the population in this region resides in structures that are resistant to earthquake shaking, though vulnerable structures exist. The predominant vulnerable building types are adobe block and concrete wall construction.

Two residents of Coquimbo suffered cardiac arrests as a result of the quake, the police said.

Damage was reported across the region as well as landslides on national highways. A huge boulder has reportedly destroyed a house in Andacollo.

Residents of Coquimbo and Serena rushed to high ground after the quake, and returned back after authorities ruled out a tsunami. 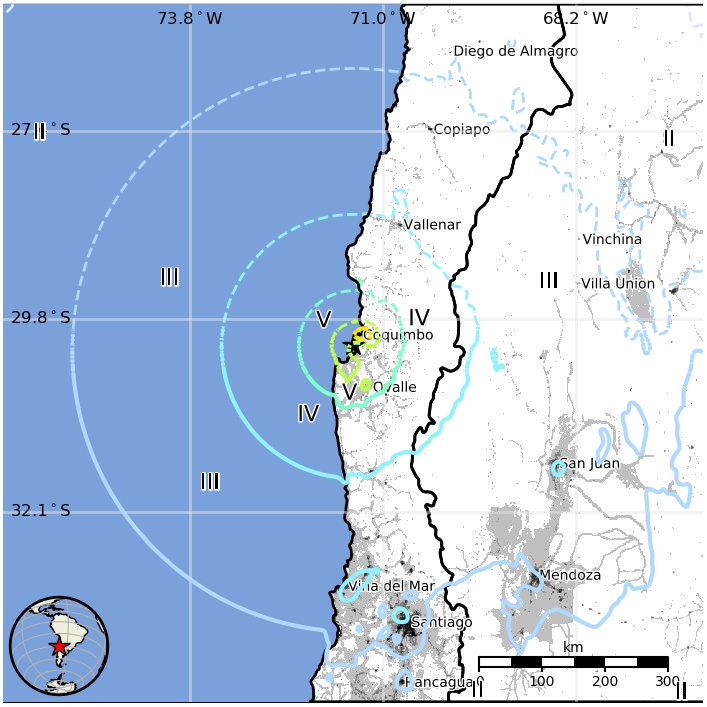 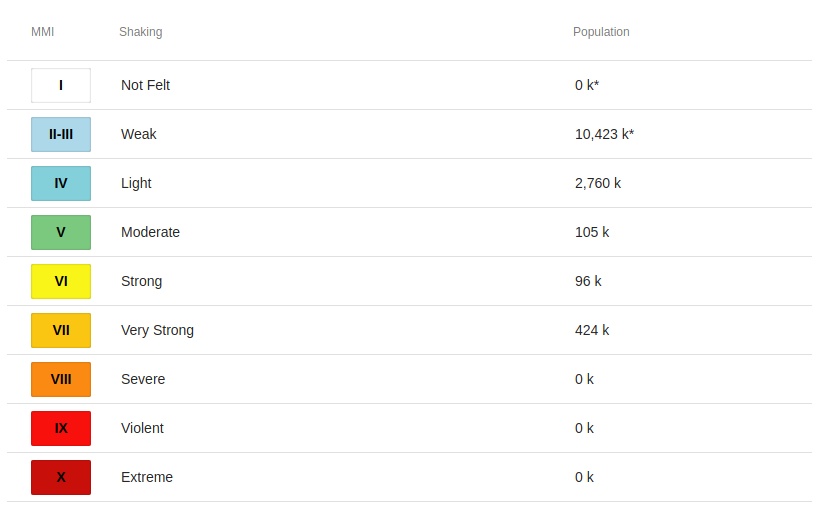 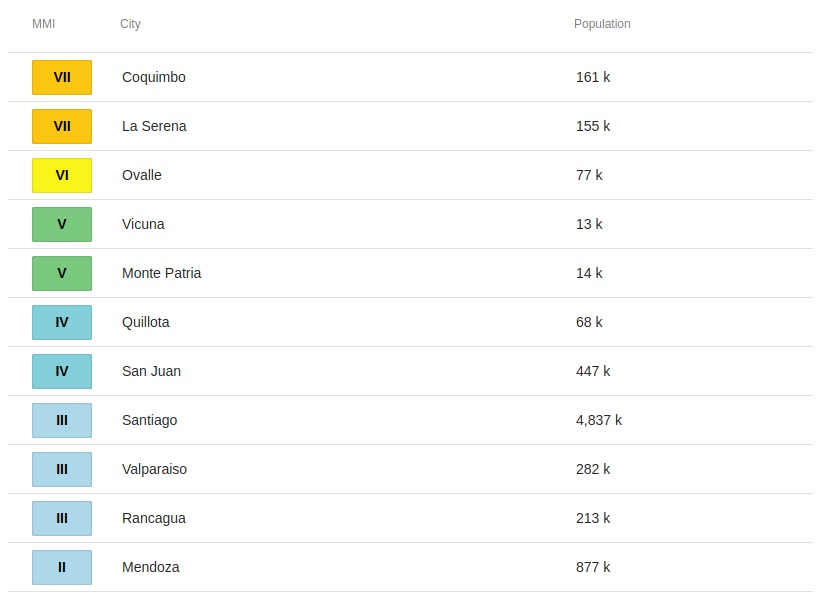