Tropical Cyclone "Penny" formed at 21:00 UTC, December 31, 2018 (08:00 AEST, Tuesday, January 1, 2019) over the warm tropical waters of the Gulf of Carpentaria, Australia and made landfall around 05:00 UTC, January 1 (16:00 LT) just south of Weipa. It is possibly Penny will redevelop into a Catagory 1 or 2 system later this week and curve back towards the Queensland coast as a low.

Penny was named at 08:00 LT, Tuesday morning, forcing authorities to issue tropical cyclone warning for coastal and adjacent inland areas from Pormpuraaw up to Cape York, for gales of up to 120 km/h (75 mph), There is the also the risk of heavy rainfall and higher than normal tides along the coast, meteorologists said.

Dr. Richard Wardle, BOM's Weather Services Manager, said Penny made landfall just south of Weipa around 16:00 LT (05:00 UTC), where it will weaken back to low as it moves over the Peninsula and re-enters the Coral Sea tomorrow morning (LT). 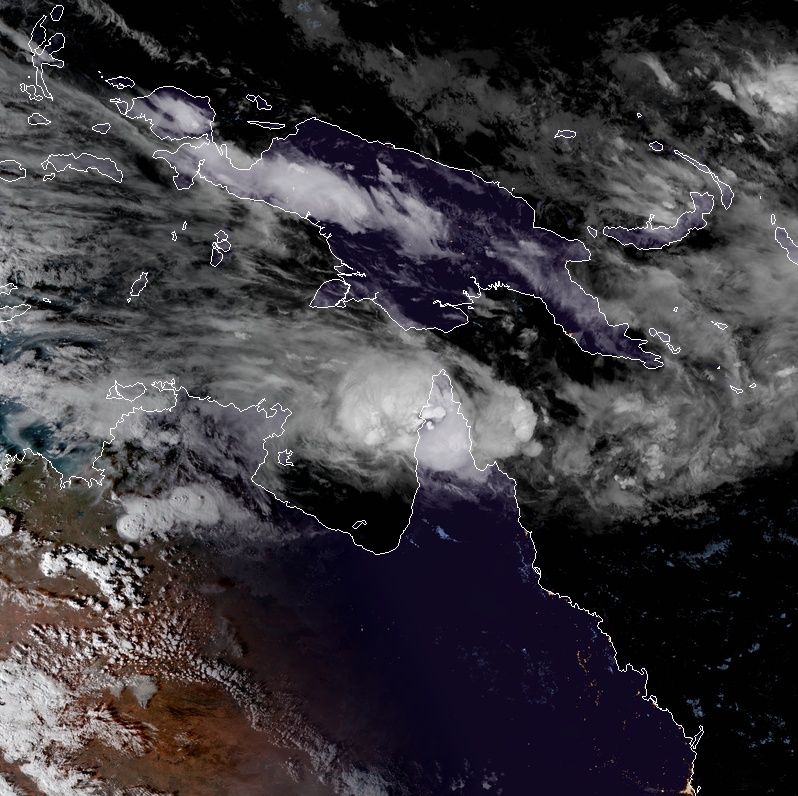 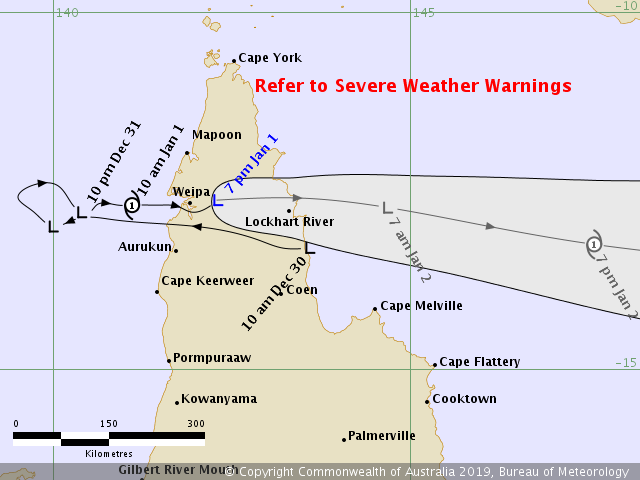 "In the longer term, ex-tropical Cyclone Penny is forecast to move further into the Coral Sea, where it may redevelop into a category 1 or 2 system later this week," Wardle said.

"It's too early to determine the cyclone's possible movement beyond this point, but some models indicate it could curve back towards the Queensland coast as a low."

A Flood Watch is in place for catchments in Cape York Peninsula north of the Daintree and Mossman Rivers. Catchments between Cardwell and Cairns have been removed from the Flood Watch area, now that heavy rainfall is no longer expected.

A minor flood warning remains in place for the Daintree River and Mossman Rivers as a result of recent rainfall, and these rivers are expected to continue to fall today.

Flood Warnings for the Tully, Murray and upper Herbert catchments were finalized earlier this morning when river levels eased below the minor flooding level.