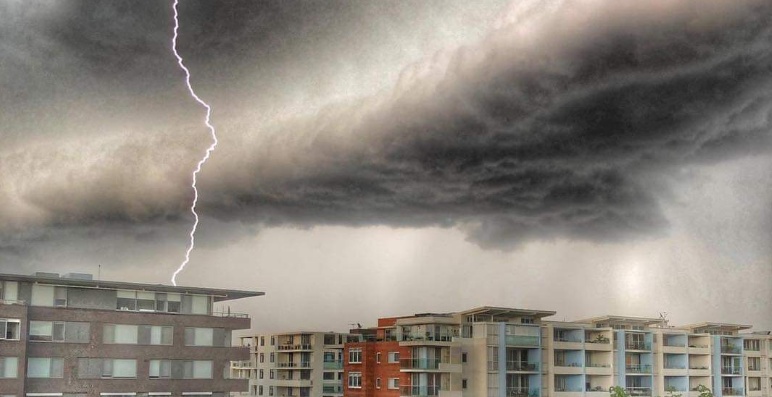 Intense thunderstorms are affecting parts of southeastern Australia over the past couple of days. In just 24 hours, NSW registered 300 000 lightning strikes, resulting in the death of at least one person. Heavy rain soaked the region, dropping three times the October average rainfall on some parts. The storm flooded roads and homes, downed trees and power lines and left tens of thousands without power.

A strong cold front moved through New South Wales late October 20 into 21, 2018, forcing a warm and humid airmass upward, creating a line of storms that, at times, stretched from the Victorian border all the way to southern Queensland, the WeatherZone reports. The state saw 300 000 lightning strikes on October 21 alone.

State's SES said it received more than 200 calls for help, mostly due to downed trees and localized flooding, adding that it rescued two people from the floodwaters.

The highest recorded wind gust in the Sydney basin was 72 km/h (45 mph) at Sydney Airport.

One person was killed after being struck by a lightning at Comobella Road at Guerie, near Dumbo.

The storms also affected parts of Victoria and Queensland with some areas of Queensland recording more than 56 mm (2.20 inches) in just 30 minutes and wind gusts up to 106 km/h (66 mph).

Up to golf-ball-sized hail was reported in NSW and Queensland. The worst damage was reported northeast of Boonah and Aspley.

Some parts of southern Western Australia, eastern NSW and northern Queensland have already received up three to times their average October rainfall.

Kalgoorlie, WA has already recorded 66 mm (2.59 inches) of rain this month, making it their wettest month since early 2017. The city registered 2.8 mm (0.11 inches) of rain during entire September.

Burketown, Queensland registered 59 mm (2.3 inches) this week, more than four times the October monthly. This is the area's wettest October since the 1970's.

As of 11:00 UTC on October 22, a Severe Thunderstorm Warning is in effect for parts of Capricornia Forecast District, Queensland. Marine Wind Warnings are in effect in Western Australia, South Australia, NSW and ACT, Victoria and Tasmania.