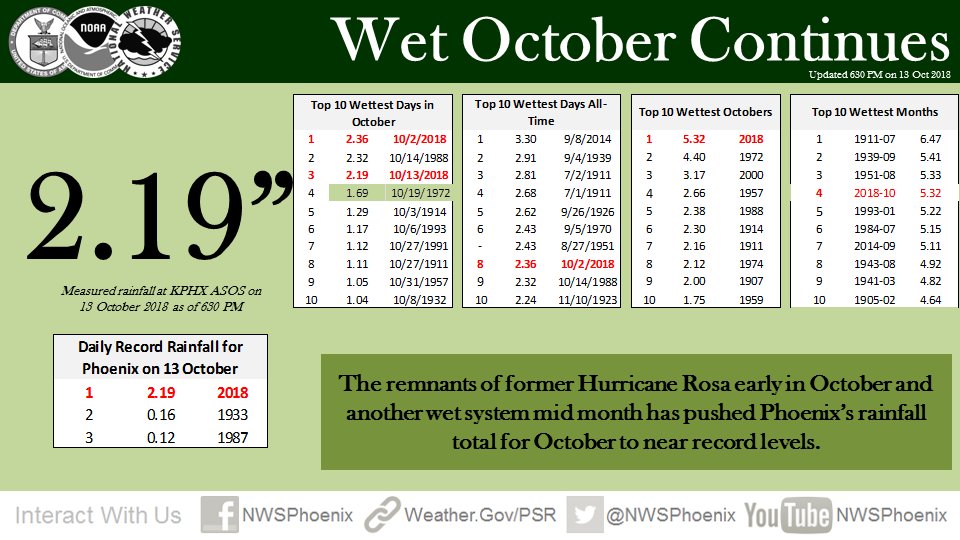 Flooding was reported on several lanes of Interstate 10 near 43rd Avenue, forcing traffic tie-ups, and numerous cars had to be rescued from flooded roadways throughout Maricopa County, AZCentral reports.

Even the Arizona State Fair closed early for the first time "in recent memory" after ankle-deep waters flooded the streets and walkways.

The East Valley was hit with the brunt of the storm.

The remnants of Hurricane "Rosa" kicked the month off by dumping 59.9 mm (2.36 inches) of rain on Phoenix on October 2.