Tropical Storm "Son-tinh" formed late July 16, 2018, in the South China Sea as the 9th named storm of the 2018 Pacific typhoon season. The main threat as this storm tracks over Hainan and into Vietnam over the next 36 hours will be rain. Another tropical system is expected to form east of the Philippines this week with much more chances to become a typhoon.

Son-tinh passed over the northern Philippines as a tropical depression locally known as Henry. The system combined with the Southwest Monsoon and dropped heavy rain on the country. 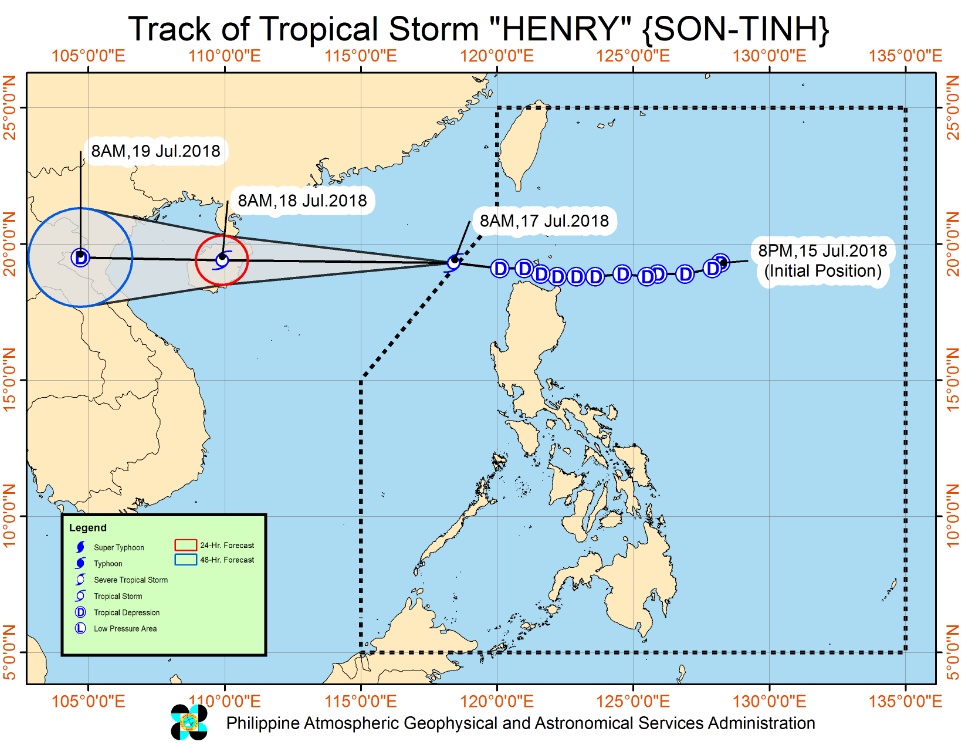 Son-tinh is currently experiencing moderate to strong vertical wind shear and favorable sea surface temperatures. These marginal environmental conditions will allow for some minor intensification by the end of the day.

However, land interaction with Hainan (expected to begin around 18:00 UTC, July 17) will inhibit additional development.

Son-tinh will emerge over warm seawater in the Gulf of Tonkin around 03:00 UTC, July 18 which will help maintain its intensity of 75 km/h (45 mph).

Landfall in northern Vietnam is expected around 12:00 UTC, July 18. 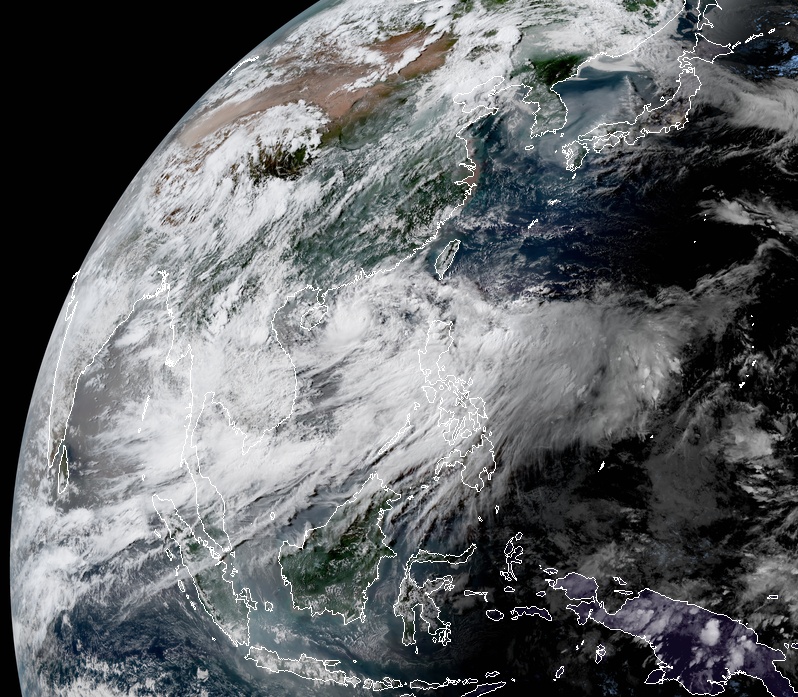