23 people were injured in Hawaii on Monday morning, July 16, 2018, after a large explosion near one of Kilauea's lava flow ocean entries sent volcanic material flying toward a commercial tour vessel. Captain of the boat said they were about 500 meters (1 640 feet) from the ocean entry, which is about 200 m (650 feet) outside the safety zone. The injuries were caused by falling lava debris and steam. One person sustained serious injuries after being hit by a flying rock.

"Most parts of the boat were damaged," said Ikaika Kalama, lava tour boat captain who saw the incident from a distance said. "From what I heard, a big chunk fell through the roof and partly on passengers. There were few big chunks on the roof and we could see chunks laying all over the side of the boat and on its floor."

"We were going up to see the main entry into the ocean," an eyewitness who was in the boat behind the one caught up in explosion said. "The hot spot boat was about 5 to 10 minutes ahead of us. They were facing the ocean entry and we were coming up to them at a perpendicular and then it just exploded straight out at the boat. We could hear the rocks hit the boat and people yelling."

"All we saw was a bunch of steam and the rocks of stuff flying and a lot of it landed inside the boat and some large pieces landed on top of the boat. The boat came out backwards out of the steam, it was fully engulfed in the steam so it was definitely a little bit too close for the situation," another eyewitness said.

"We had nine patients overall, three were transported by medic unit and one went to the hospital via private vehicle," said Matthias Kusch, Hawaii County Fire Department Battalion Chief. "We had primarily soft tissue injury and one obvious femur fracture and minor burns."

The owner and captain of the vessel that was hit, Shane Turpin, said he never saw the explosion that rained molten rocks down on top of his boat.

"We were in the area for about 20 minutes making passes of the ocean entry about 500 meters (1 640 feet) offshore," he said. "As we were exiting the zone, all of a sudden everything around us exploded. It was everywhere.”

Turpin said he had no idea just how big the blast was until he saw the video of the event later on shore.

"Based on observations through a lot of years watching ocean entries through on Kilauea's East Rift Zone, our recommendation has been for a number of years that the hazards can exist 300 m (984 feet) from the ocean entry," said Janet Baab of the Hawaiian Volcano Observatory.

A multi-agency investigation is in progress. 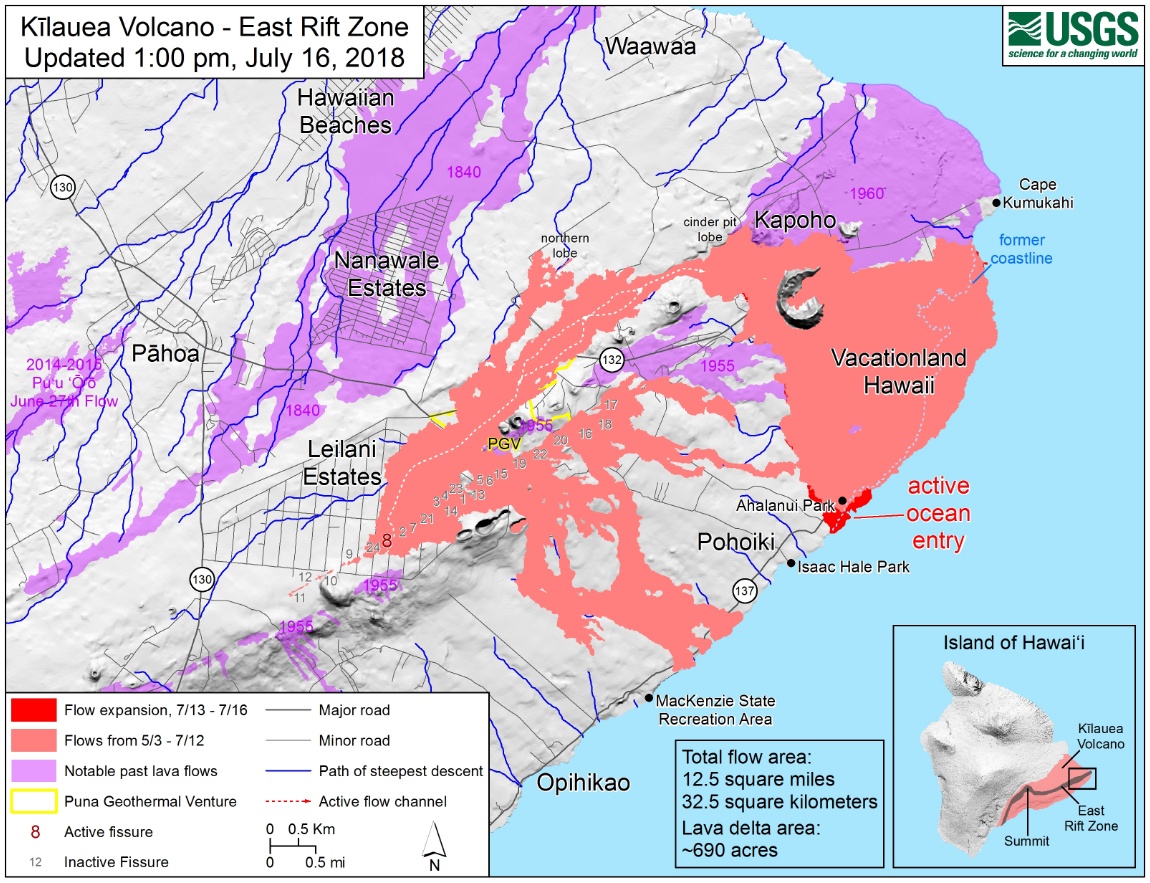