According to local media, a wave as high as 1.5 meters (5 feet) hit the islands of Mallorca and Menorca during the early morning hours of Monday, July 16.

The wave hit numerous cities along the coasts of both islands, including the port city of Ciutadella on the west coast of Menorca, flooding beaches, roads, bars and terraces.

Beach chairs, boats and parasols were swept away on both islands as well as historic sailing boat used by the Majorca Island Council which had to be rescued by sailors and brought back to port as it drifted out to sea.

There are no reports of injuries as the beaches were still relatively empty when the event took place.

Markers on the map below show some of the cities affected by the event: 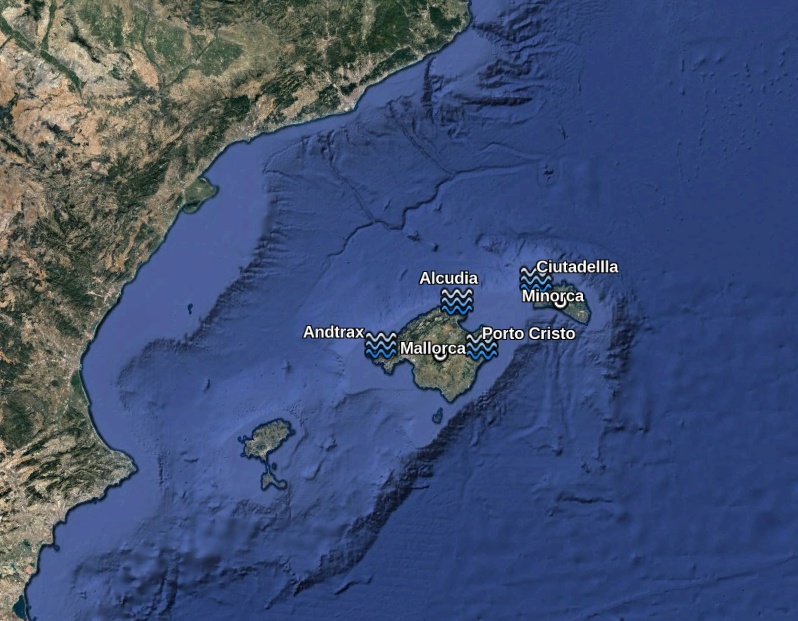 Cities affected by the meteotsunami on July 16, 2018. Credit: Google. Annotation: The Watchers

Meteorological tsunamis or meteotsunamis are rare but hazardous long ocean waves, which have the same frequencies and spatial scales as tsunami waves.

However, they are not related to seismic activity, volcanic explosions or submarine landslides, but to atmospheric forcing: pressure jumps, atmospheric gravity waves, frontal passages, squalls, etc. 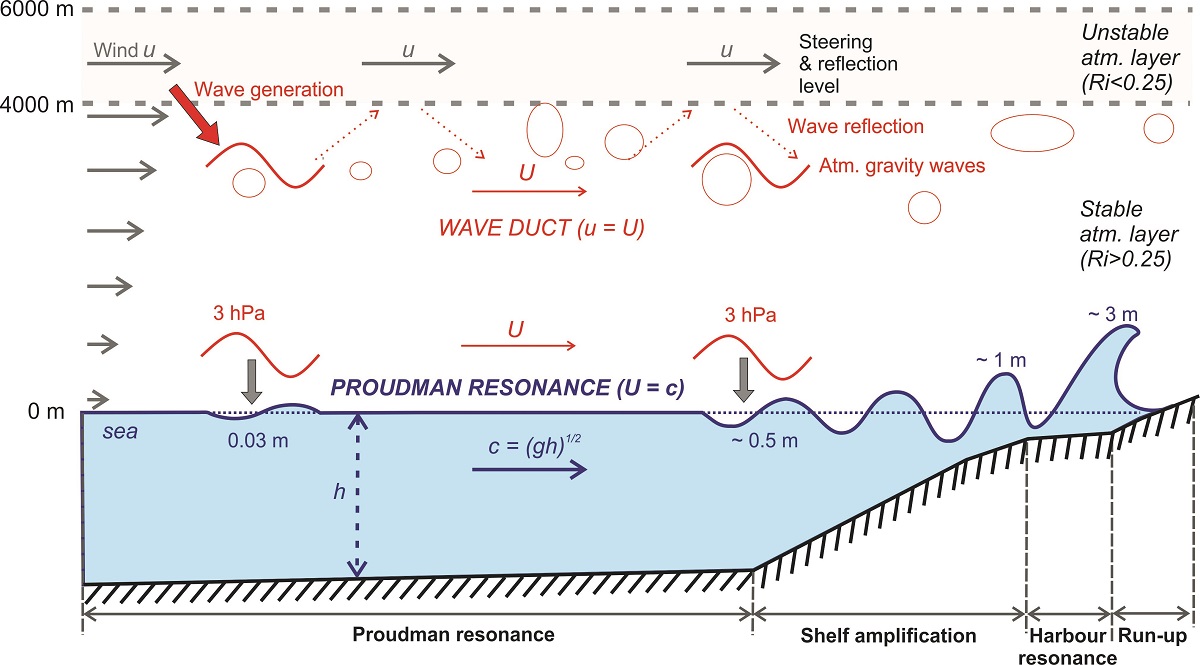