Hurricane "Bud" reached Category 4 strength on June 12, 2018, thus becoming the second Category 4 hurricane in the Eastern Pacific within 4 days. This is only the third time on record the first two named Eastern Pacific storms of the season became major hurricanes. Bud is expected to be near southern Baja California Sur on Thursday, June 14 before it makes landfall as a tropical storm. Parts of Mexico have already seen severe flash flooding and some of its moisture will reach drought-stricken southwestern US where flash flooding will be possible.

A slow NNW motion is expected late today as well as weakening trend through Thursday, June 14 and its center is forecast to be near southern Baja California Sur by the end of June 14. The system will be moving over progressively decreasing heat content and cooler sea surface temperatures, which will likely degenerate it into a remnant low by the time it reaches mainland Mexico. 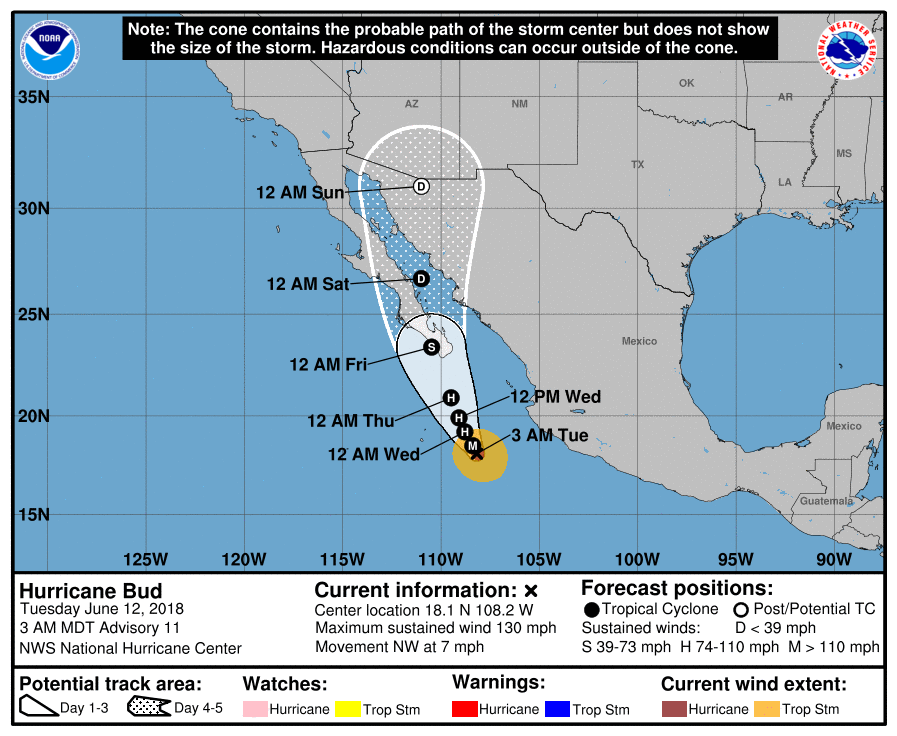 Bud is expected to produce total rain accumulations of 76 – 152 mm (3 to 6 inches) across much of southwestern Mexico, with isolated maximum amounts of 254 mm (10 inches) through Thursday. These rains could cause life-threatening flash floods and mudslides.

Swells generated by Bud will continue to affect portions of the coast of southwestern Mexico during the next few days and will begin to affect the southern Baja California Peninsula later today. These swells are likely to cause life-threatening surf and rip current conditions. 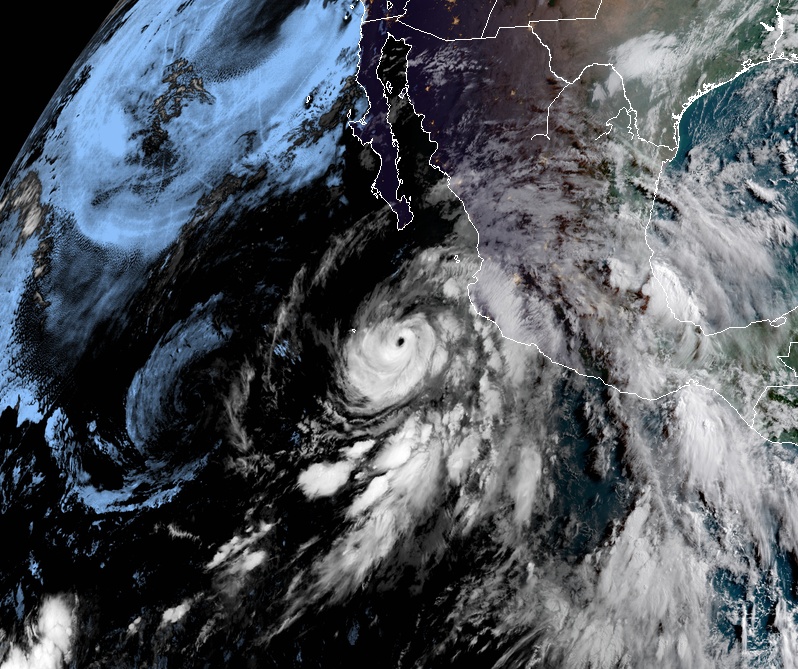 Heavy rains associated with this storm have already produced severe flash flooding in Guadalajara, the capital of Mexican state of Jalisco, where some areas ended up under 4 m (13 feet) of water.

Some of its moisture will also reach Arizona, New Mexico, Utah and Colorado in the United States. While this moisture will be good for drought-stricken parts of the southwestern US, Bud's remnants could cause flash flooding problems.