Powerful thunderstorms that hit parts of central Europe over the past couple of days produced a furious outburst of sprites.

"It was unreal," Martin Popek, a well-known photographer of the upward directed bolts, told SpaceWeather.com. "I recorded more than 250 sprites in only 4.5 hours of observation! That's nearly as many as I typically see in the entire summer thunderstorm season." 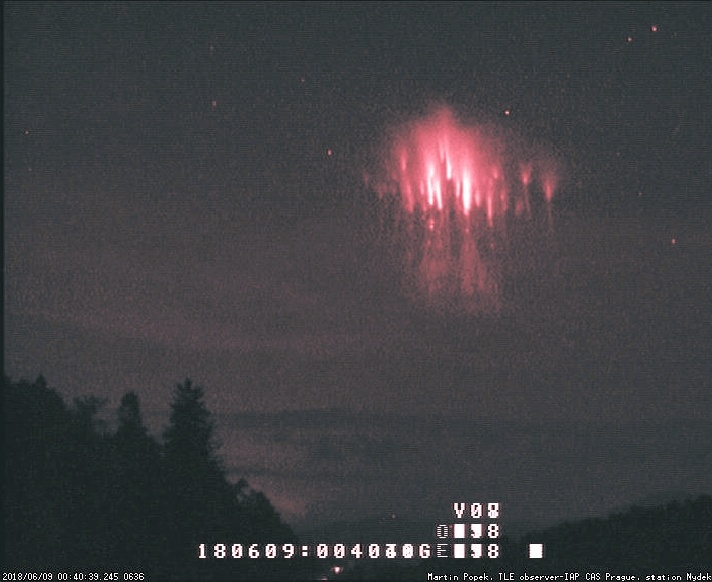 Popek captured many jellyfish sprites as well as several 'decapitated.' "I recorded about 20 sets of tentacles only," says Popek, who created this montage of highlights: 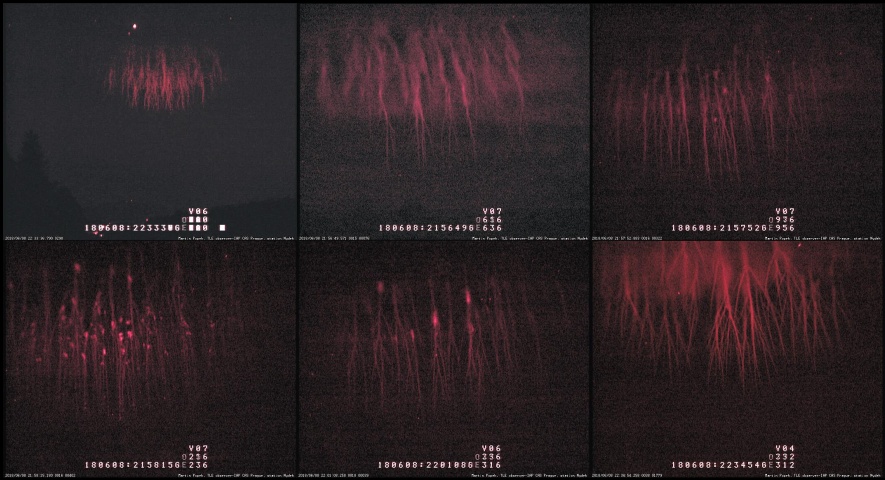 "In my experience, this is quite rare," Popek said.

Oscar van der Velde of the Technical University of Catalonia, Spain, agrees it is rare. Velde speculates that atmospheric waves called 'gravity waves' might sometimes interfere with the normal formation of jellyfish, leaving them headless.

"Mesospheric gravity waves likely help focus the electric field to trigger downward streamers," he says. "But note that sprite morphology is not fully understood–not even for regular jellyfish. We have a lot to learn."

"I recorded about 69 sprites, much more than usual," said Daniel Ščerba-Elza, another observer from the Czech Republic. "The storms were about 250 – 300 km [150 – 190 miles] km away in Austria and Hungary. This is a good distance because it allows you to see over the tops of the thunderheads."

Daniel made the following summary video of the outburst: