Tropical Storm "Sanba," known in the Philippines as Basyang, formed February 11, 2018 east of the Philippines as the second named storm of the 2018 Pacific typhoon season. Sanba has slightly accelerated today while moving closer towards Eastern Mindanao. Landfall is expected in Caraga Region tomorrow morning (local time) or afternoon, February 13. 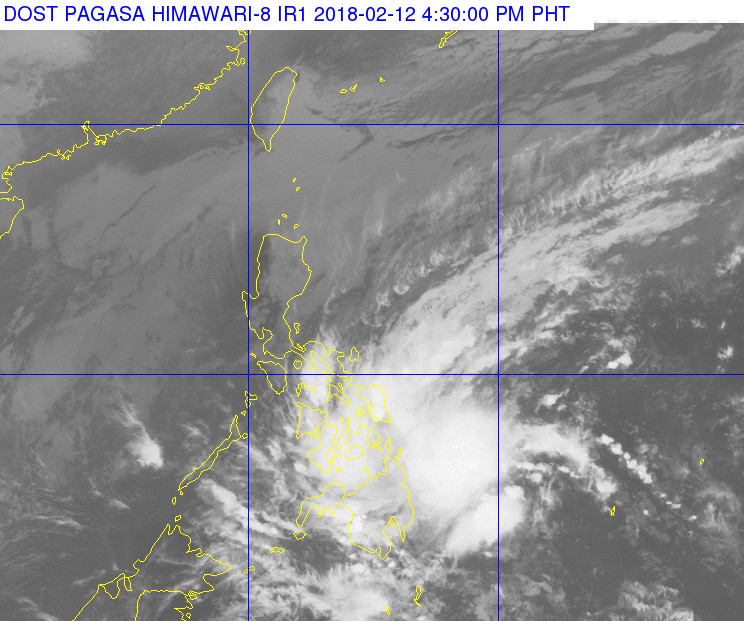 Residents of these areas must continue monitoring for updates, take precautionary measures against possible flooding and landslides, and coordinate with their respective local disaster risk reduction and management offices, it said. 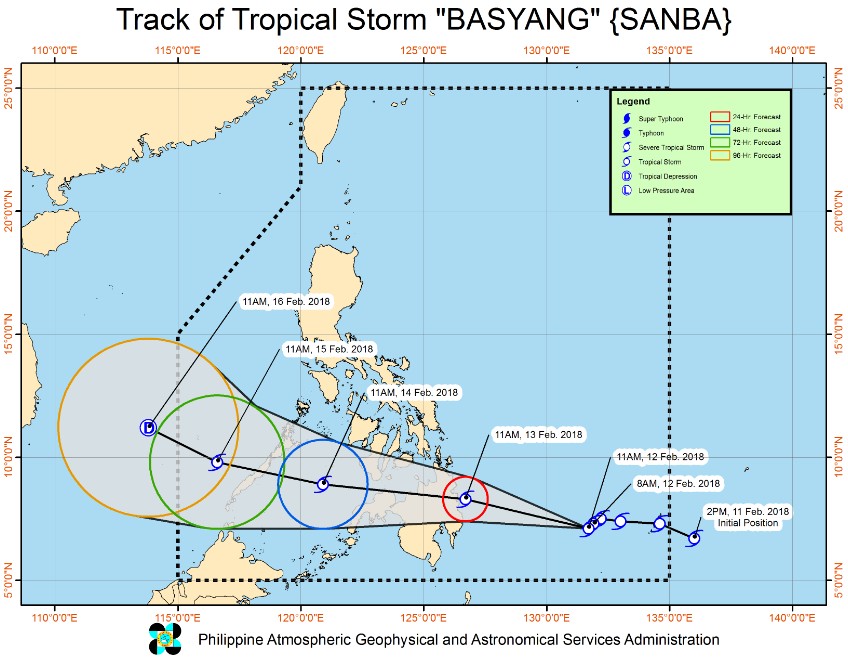 Sea travel remains risky over the seaboards of areas under Tropical Cyclone Warning Signal (TCWS), the seaboard of Northern Luzon, and the eastern seaboards of Central Luzon, Southern Luzon and Eastern Visayas due to the approaching Tropical Storm and the surge of the Northeast Monsoon. 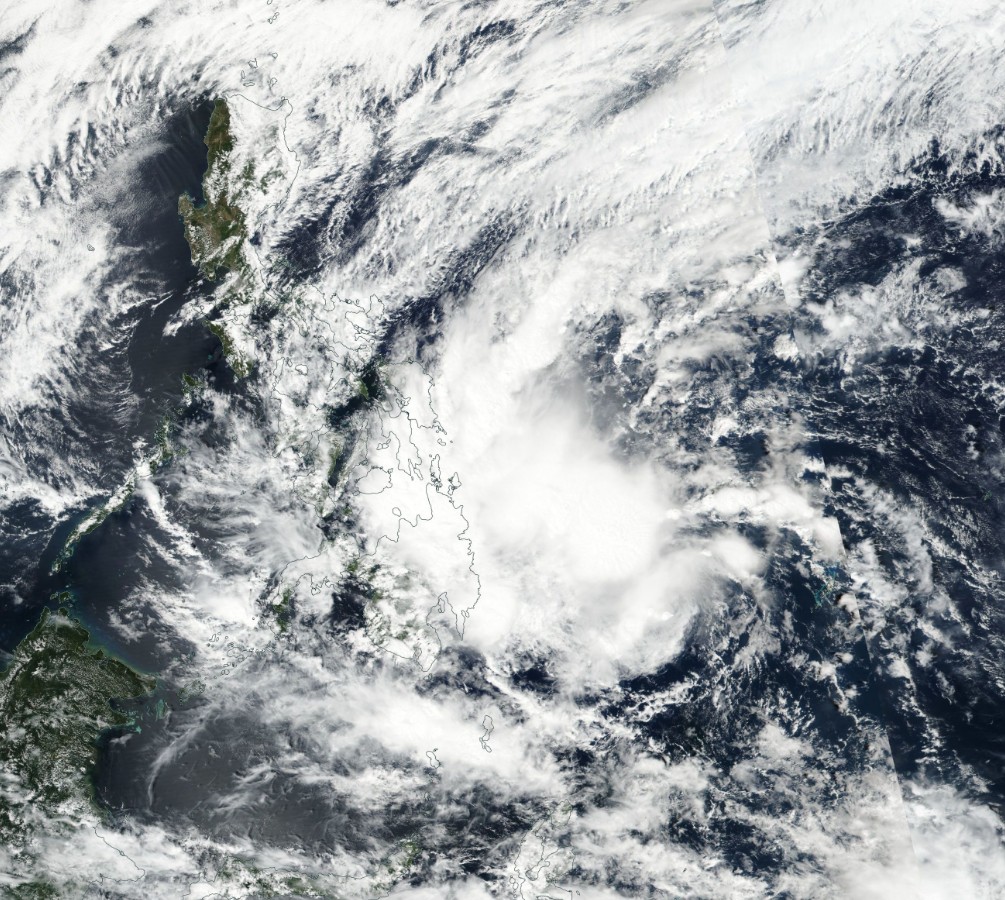 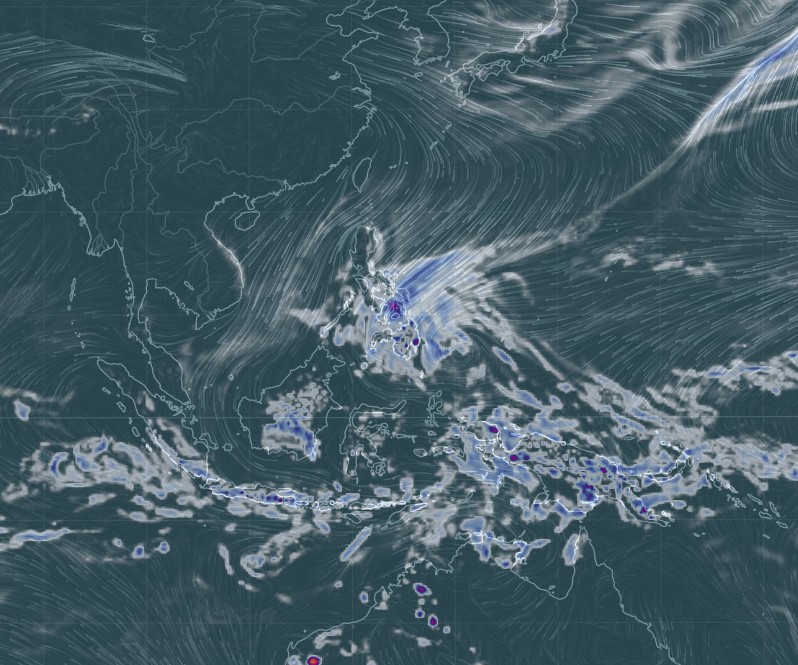 Sanba will track generally WNW toward the southern Philippines over the next 12 hours, JTWC said 09:00 UTC today. Marginally favorable environmental conditions will allow for slight intensification to 74 km/h (46 mph).

The system is expected to turn more westward after making landfall over Northern Mindanao just before 09:00 UTC, February 13. Land interaction will slightly weaken the system and by 18:00 UTC on February 13, it will be reduced to 65 km/h (40 mph) as it tracks across the Sulu Sea, Palawan and into the South China Sea.

In the extended forecast, Sanba will track more northwestward toward southern Vietnam and weaken to 46 km/h (28 mph) before it reaches the land.