A new tropical cyclone has formed in the South-West Indian Ocean on January 13, 2018 and was named Berguitta. This is currently a quasi-stationary system located north of Rodrigues. Residents of Mauritius and La Reunion are advised to prepare for heavy rain and strong winds and invited to monitor its evolution in the next days. A direct hit to both islands is possible on January 17 and 18.

Berguitta was named Saturday, January 13 and strengthened into a Severe Tropical Storm by 12:00 UTC today.

Berguitta is now a quasi-stationary system located north of Rodrigues with the maximum average wind speed of 92 km/h (57 mph) and estimated central pressure of 985 hPa, according to the 12:00 UTC Tropical Cyclone Forecast Warning issued by RSMC La Reunion, authority for this part of the world. 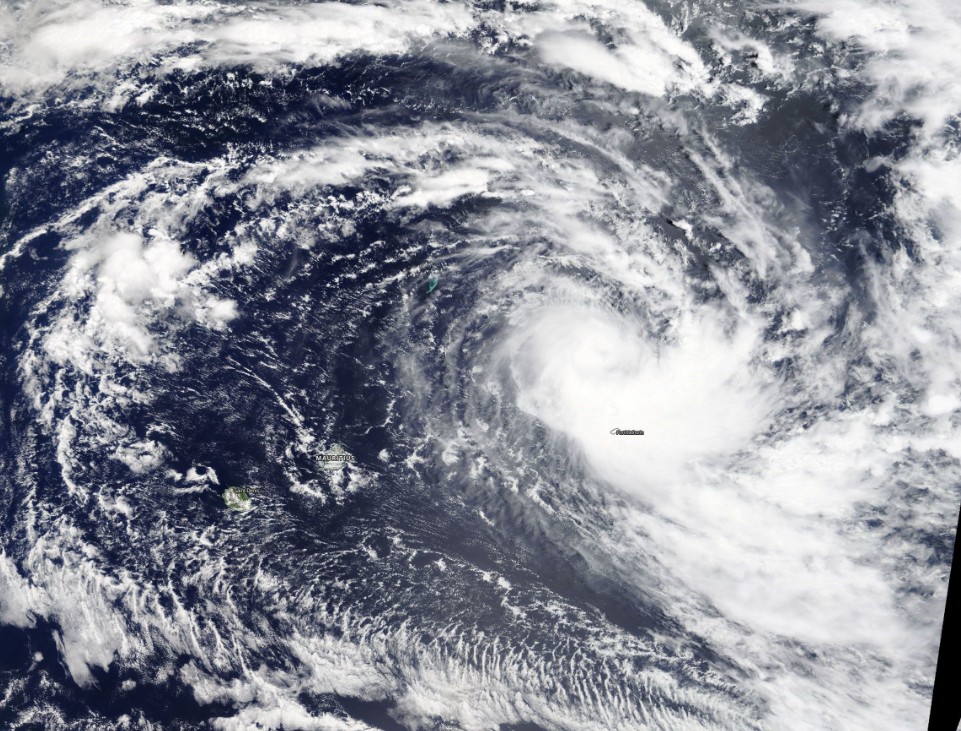 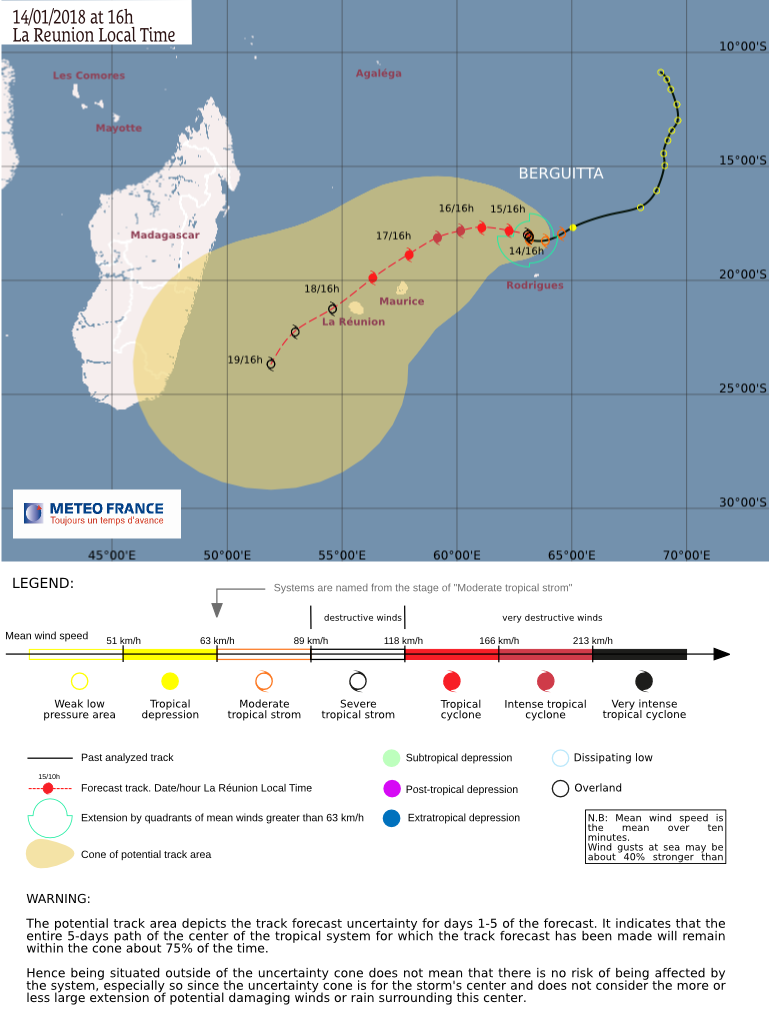 The following information was provided by RSMC La Reunion in the above-mentioned TCFW:

Over the past 6 hours, convective bursts keep occurring near the center, with very cold tops. However, the central dense overcast is still rather small, probably because of a dry air mass wrapping in the eastern semi-circle.

In microwave imagery, 07:52 UTC AMSR2 and 10:43 UTC SSMI show within the cloud pattern, an eye surrounded by a narrow curved band wrapping around.

This structure suggests the continuation of the deepening, with a steep gradient in the inner core. The system is still lingering north of Rodrigues Island after slowing down last night, as it bumps into a strong ridge building up from the south of Madagascar. Model guidance is in a good agreement to suggest that Berguitta should take on northwestward track on the northeastern side of the ridge. From Tuesday, January 16, it is expected then to bend progressively towards the southwest with the weakening of the ridge.

A global consensus is beginning to appear in the guidance, and the European EPS dispersion is decaying, but there is still uncertainty on the track speed at short range. It induces an uncertainty over the timing of the potential threat over Mascarene islands.

The system is expected to gradually intensify within good environmental conditions, under the upper level ridge, thus with low vertical wind windshear. At short range, upper level divergence should improve with both polar and equatorial outflow channels, particularly on Tuesday. The oceanic potential is also conducive, therefore Berguitta is expected to reach intense tropical cyclone status.

From Wednesday, January 17, while tracking southwestwards, it may undergo a slight to moderate upper constraint, on the western edge of the building upper ridge. Because of the presence of a dry air mass in the vicinity and the system small size, a weakening may happen.

At long range, on Friday, January 19, the upper constraint might decay, allowing the stop of Berguitta filling up. The current intensity forecast is very uncertain and will mostly depend on the next hours storm evolution.

Next week, a mature and dangerous system should track in the vicinity of Mascarene islands. Inhabitants are invited to monitor the evolution of this system in the next days. 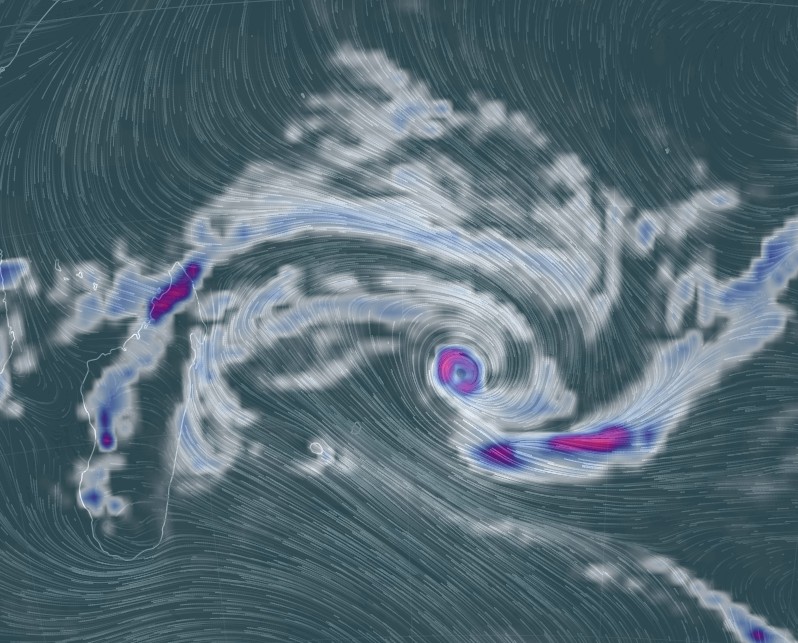