Based on the preliminary earthquake parameters, hazardous tsunami waves are possible for coasts located within 300 km (186 miles) of the earthquake epicenter, PTWC said 09:26 UTC.

In an updated message issued 10:29 UTC, PTWC said that the tsunami threat from this earthquake has now passed. No tsunami waves were observed on the nearest sea level gauges available. 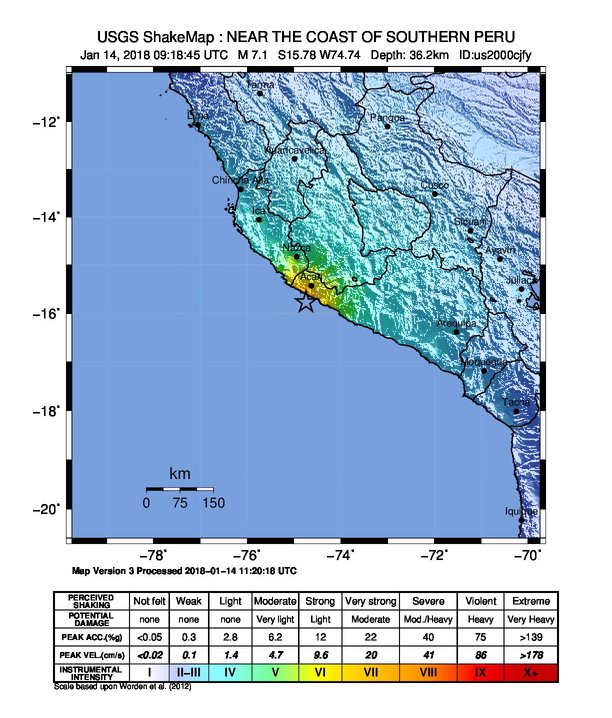 The USGS issued a green alert for shaking-related fatalities.

A yellow alert was issued for economic losses. Some damage is possible and the impact should be relatively localized. Estimated economic losses are less than 1% of GDP of Peru. Past events with this alert level have required a local or regional level response.

Overall, the population in this region resides in structures that are highly vulnerable to earthquake shaking, though some resistant structures exist. The predominant vulnerable building types are mud wall and ductile reinforced concrete frame construction. 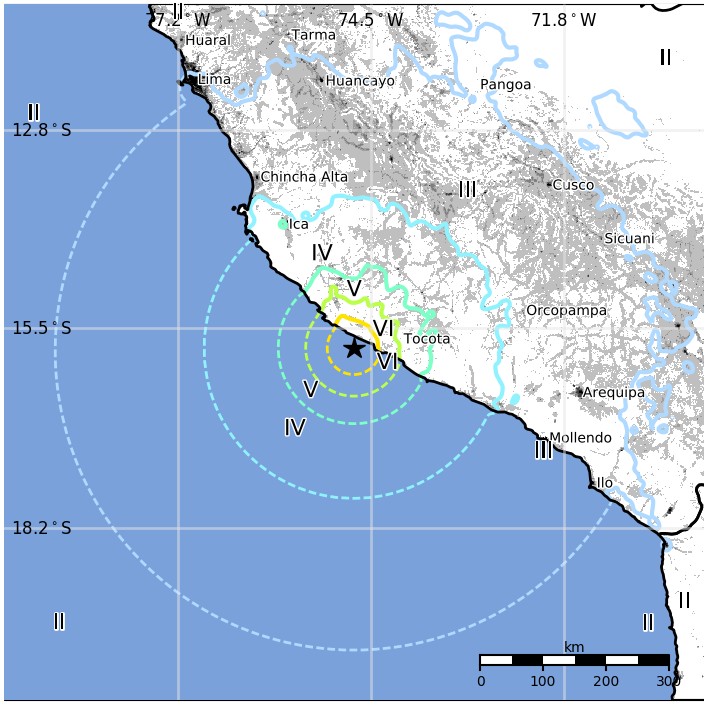 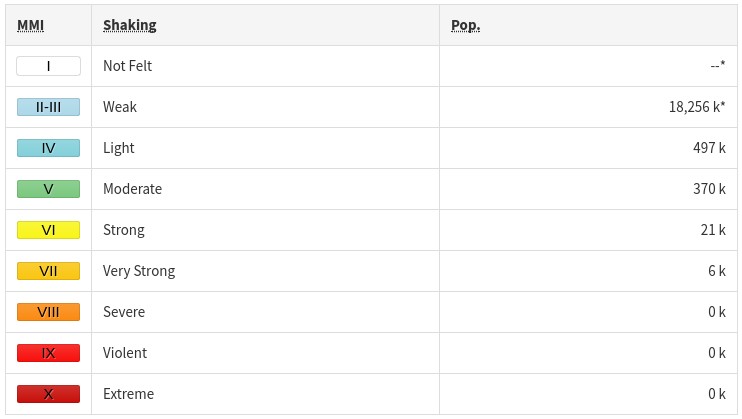 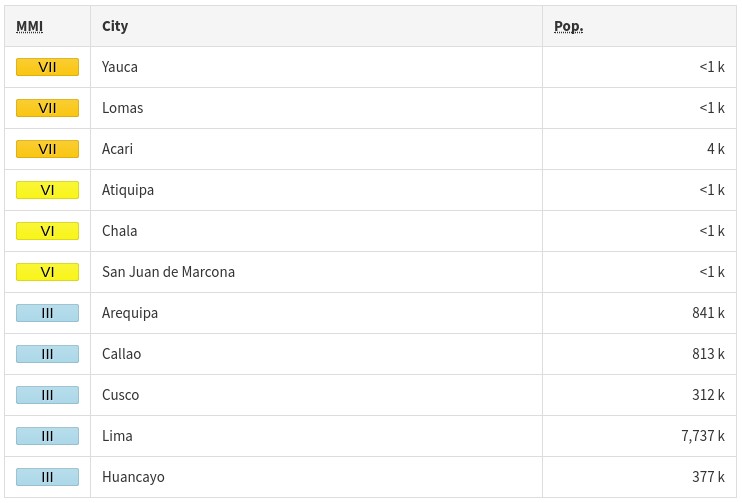 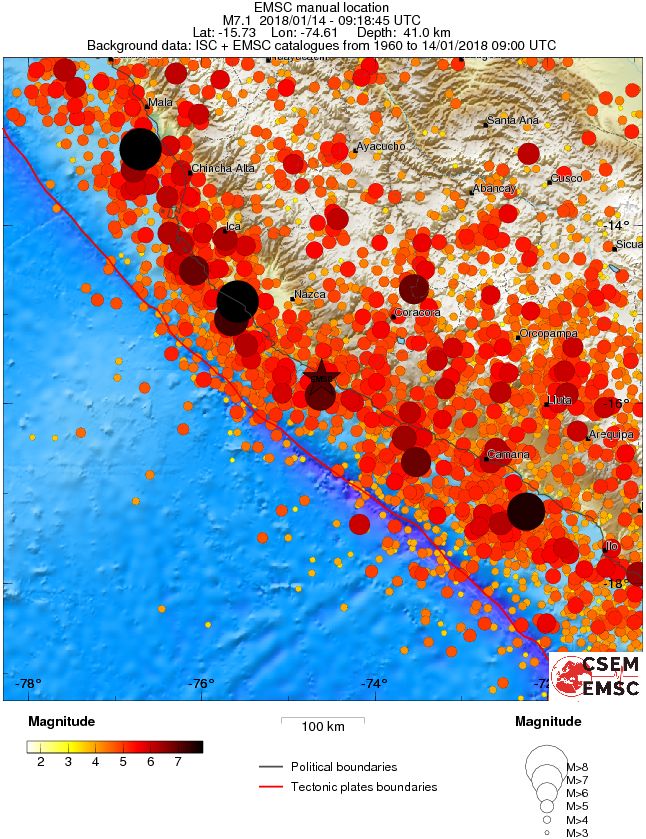 At least two people have been killed and 115 injured. In addition, there are reports of at least 17 people missing and 25 houses destroyed.

A 55-year-old man was crushed by a rock in Yauca, Yamila Osorio, governor of the Arequipa region in southern Peru said. The other victim died in the same region, Hernando Tavera, president of the Geophysics Institute of Peru, told TV Peru, without providing further details.

The January 14, 2018, M7.1 earthquake offshore southern Peru occurred as the result of shallow thrust faulting on or near the boundary between the South America plate and the subducting Nazca plate.

While commonly plotted as points on maps, earthquakes of this size are more appropriately described as slip over a larger fault area. Thrust-faulting events of the size of the January 14, 2018 earthquake are typically about 50×25 km / 31 x 15.5 miles (length x width).

The plate boundary region between the Nazca and South America plates experiences a large number of earthquakes.

The epicenter of the M7.7 earthquake of November 12, 1996, is about 130 km (81 miles) to the northwest of today’s earthquake. That event ruptured much of the megathrust between its epicenter and the epicenter of the January 14, 2018 earthquake, and resulted in at least 14 fatalities and left 12 000 people homeless.