Two tropical cyclones formed east of Madagascar over the past 24 hours and were named Funani and Gelena. They are 7th and 8th named storms of the 2018/19 South Indian Ocean tropical cyclone season. Gelena is expected to pose a threat to Mauritius and Rodrigues Islands later this week and Funani forced authorities to issue heavy rain, strong winds and a "Class II" warning for Rodrigues Island.

Tropical Cyclone "Gelena" formed over the South Indian Ocean just east of Madagascar on Wednesday, February 6 and continued strengthening. At 18:00 UTC, it had a maximum average 10-minute wind speed of 120 km/h (75 mph) and central pressure of 980 hPa, according to the RMSC La Reunion.

"Surprisingly, Gelena has drifted west-southwestwards this evening. According to all the guidance, this should be a short-lived motion and a generally slow motion is expected later tonight followed by a gradual south-south-eastwards and then south-eastwards turn. The system should gradually accelerate southeastwards from Thursday, funneled between the trough and the near-equatorial ridge in the north-east of the system," the center said.

A new increase in strength is anticipated and a new rapid intensification spell is possible until Friday evening, February 8 especially with the small size of the inner core allowing rapid variations of the intensity. This will be followed by the beginning of slow weakening Saturday evening, February 9. However, the rapid motion of Gelena could allow it to escape the harmful effects of the strong upper winds at first, making the exact timing of the beginning of the weakening a little more uncertain than usual.

Gelena is expected to pose a threat to Mauritius and Rodrigues Islands later this week, weather authorities said, urging the inhabitants of those islands to closely monitor the evolution of the system. 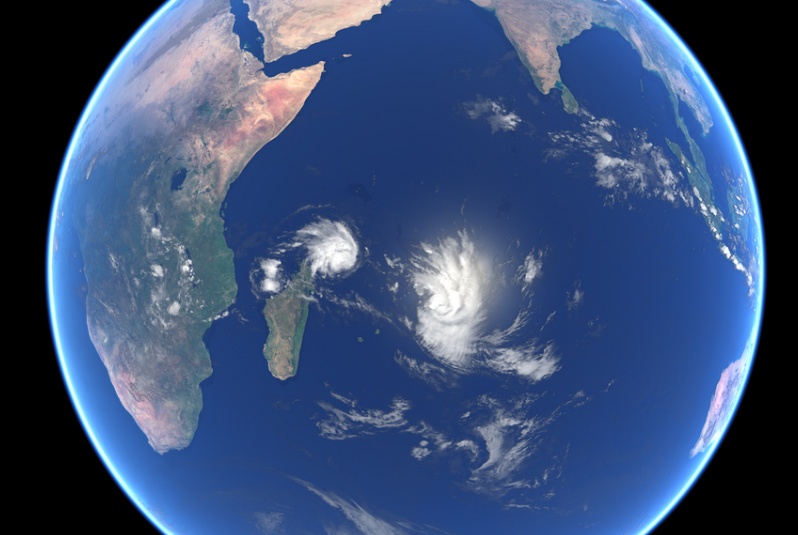 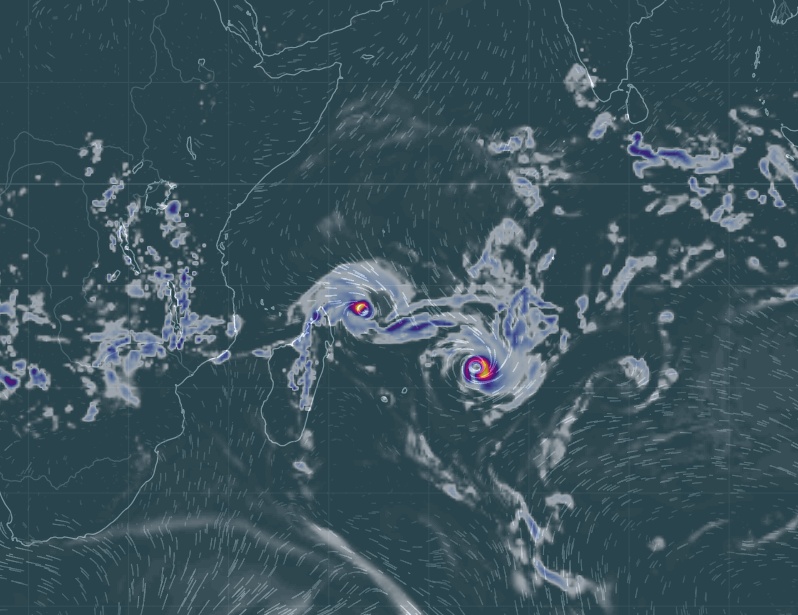 "The eye pattern of Funani has continued to improve this evening with cooling cloud tops that surround a fairly well-defined eye. Some fluctuations are observed in the eye definition but overall the cloud pattern is impressive," RSMC La Reunion meteorologists said. "Funani seems to have taken a more south-eastwards turn during the last 6 hours and this seems some rather good news for Rodrigues Island."

Although not reflected in the forecast, Funani may still gain some strength in the next 12 hours. Tomorrow, the western vertical wind shear ahead of the upper level trough should become moderate to strong. Its influence should be attenuated by the fast southeastwards motion, but it should, however, start a slow weakening trend. Nevertheless, the high forward motion of the system will induce large winds extension in the northeastern part of the circulation.

From the end of the week, the system should lose its purely tropical characteristics as it interacts with the subtropical jet. 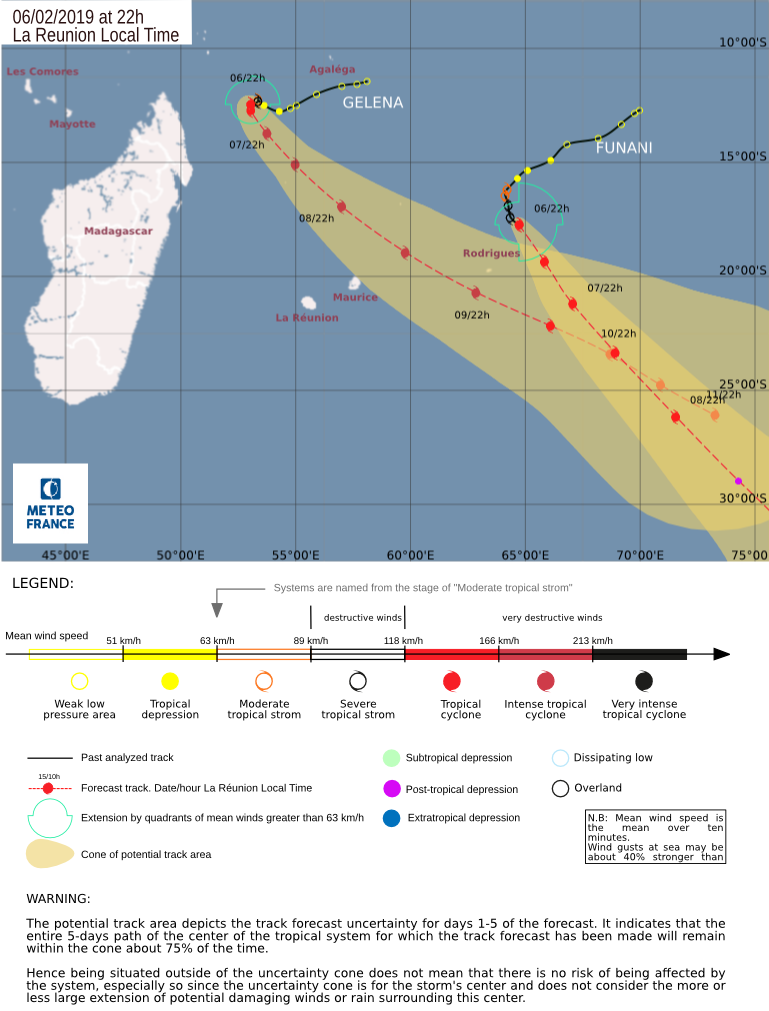