Heavy rains and tornadoes hit Sicily, Italy on November 10 and 11, 2017, destroying local greenhouse crops. In addition, some of the farmers had to deal with flooded crops. Severe weather warnings are still in effect for the region. Late autumn is major tornado season in southern Italy.

"We went from extreme drought in summer to the cloudburst that hit part of the S. Croce Camerina a month ago. And the crazy weather is continuing with tornadoes in Acate, Pedalino, Vittoria and part of Randello. Entire greenhouses, growing peppers, tomatoes, aubergines, etc. were hit," Gianfranco Cunsolo from the Ragusa branch of Coldiretti, the leading organization of agricultural entrepreneurs, told Fresh Plaza.

"Coldiretti Ragusa is applying for a state of natural disaster to be declared and is urging all damaged producers to report their situation so we can quantify the areas hit and the economic damage," Cunsolo said.

With the crisis not entirely over yet, those who haven't had the chance to insure their productions against bad weather will probably have to fight hard to stay afloat, Fresh Plaza added. 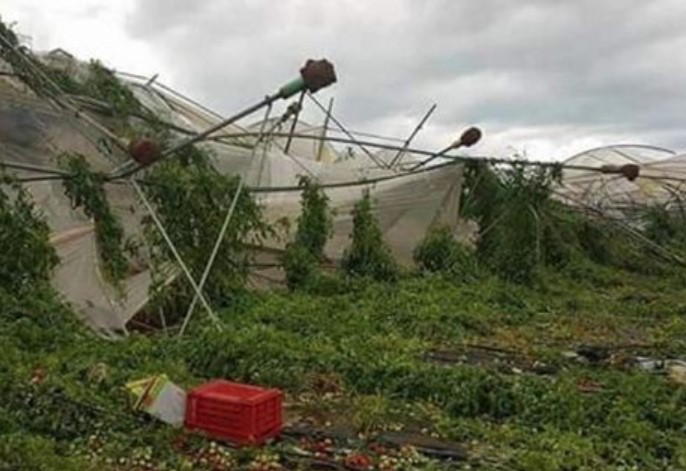 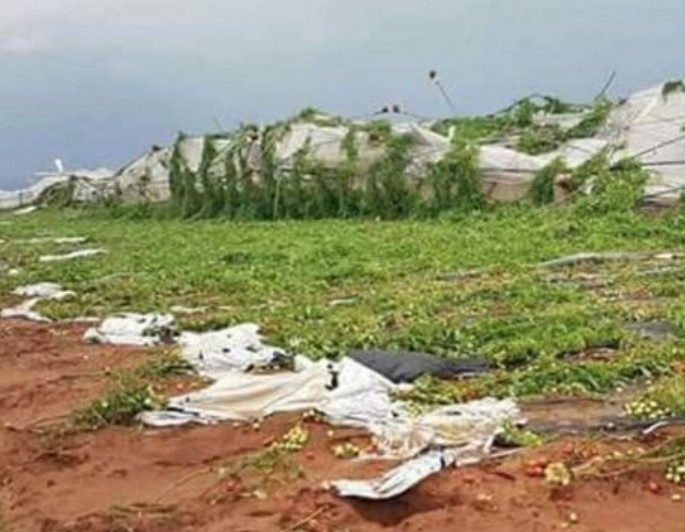 Autumn is tornado season in southern Italy and the country is one of the European hotspots for tornadoes.

The threat of severe weather in extreme southern Italy continues today, particularly in parts of Puglia.