Hurricane "Jose" is a large tropical cyclone now swirling off the coast of the eastern United States, producing dangerous surf and rip conditions along the coast for several more days.

This general motion is expected to continue through today with a turn to the northeast anticipated today. On the forecast track, the center of Jose is expected to pass well offshore of Delmarva peninsula later today (local time), pass well to the east of New Jersey coast on Wednesday, and pass offshore of southeastern Massachusets by Thursday, September 21.

Little change in strength is expected today, but Jose should begin to gradually weaken on Wednesday. 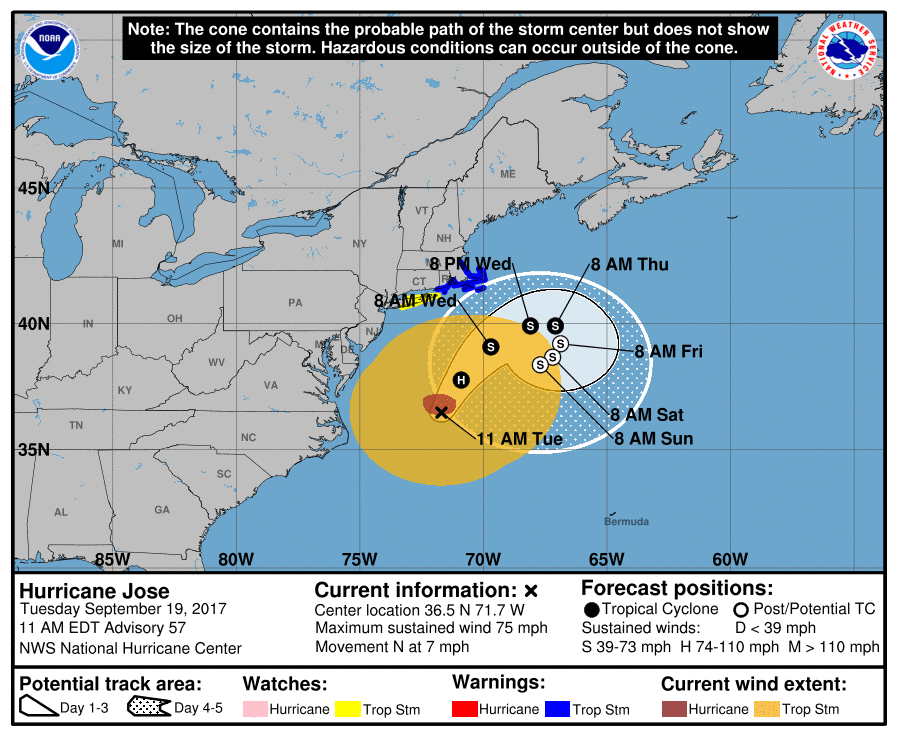 A Tropical Storm Warning means that tropical storm conditions are expected somewhere within the warning area within 36 hours.

Tropical Storm Watch is in effect for the coast of Long Island from Fire Island Inlet to Port Jefferson.

A Tropical Storm Watch means that tropical storm conditions are possible within the watch area, in this case within the next 24 to 36 hours.

Interests elsewhere along the U.S. east coast from North Carolina northward to New England should monitor the progress of Jose, NHC advised. 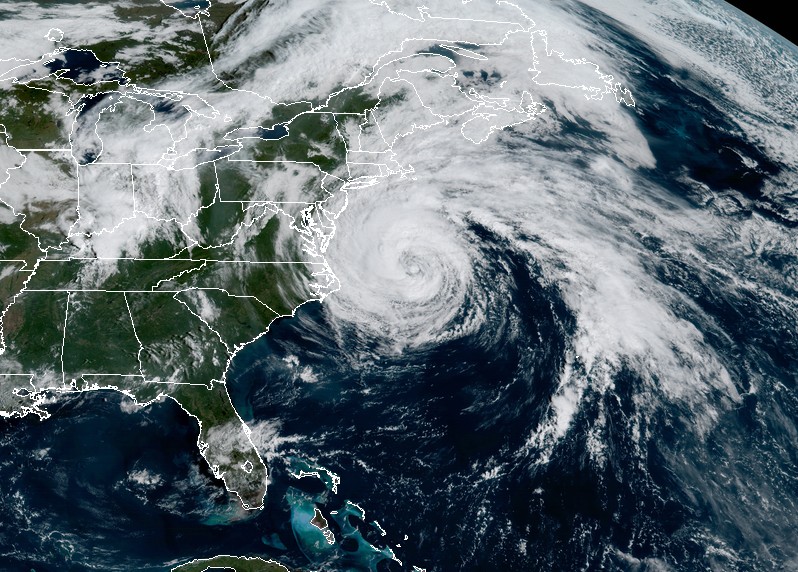 Swells generated by Jose are affecting Bermuda, the Bahamas, and much of the U.S. east coast. These swells are likely to cause dangerous surf and rip current conditions for the next several days in these areas.

Jose is expected to produce total rain accumulations of 25.4 to 76.2 mm (1 to 3 inches) over eastern Long Island, southeast Connecticut, southern Rhode Island, and southeast Massachusetts. Rainfall amounts of 76.2 to 127 mm (3 to 5 inches) are expected for Martha's Vineyard, Nantucket, and Cape Cod through Wednesday. This rainfall could cause isolated flooding.

As of September 19, Jose has been a hurricane for 11.5 days, surpassing Irma as the longest-lived Atlantic hurricane of the 2017 season to date.