A major earthquake registered by the USGS as 8.1 (upgraded from M8.0) hit near the coast of Chiapas, Mexico at 04:49 UTC on September 8, 2017 (23:49 local time, September 7). The agency is reporting a depth of 69.7 km (43.3 miles). A red alert for shaking-related fatalities and economic losses was issued. High casualties and extensive damage are probable and the disaster is likely widespread. Past red alerts have required a national or international response. 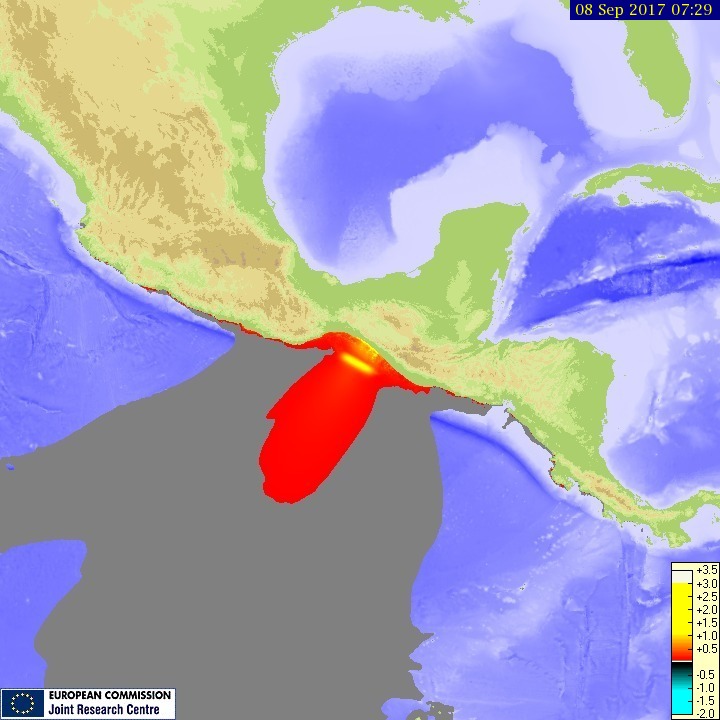 Tsunami waves reaching more than 3 m (9.9 feet) above the tide level are possible along some coasts of Mexico.

Tsunami waves reaching 0.3 to 1 m (1 to 3.3 feet) above the tide level are possible for some coasts of Cook Islands, Ecuador, French Polynesia, Guatemala and Kiribati. 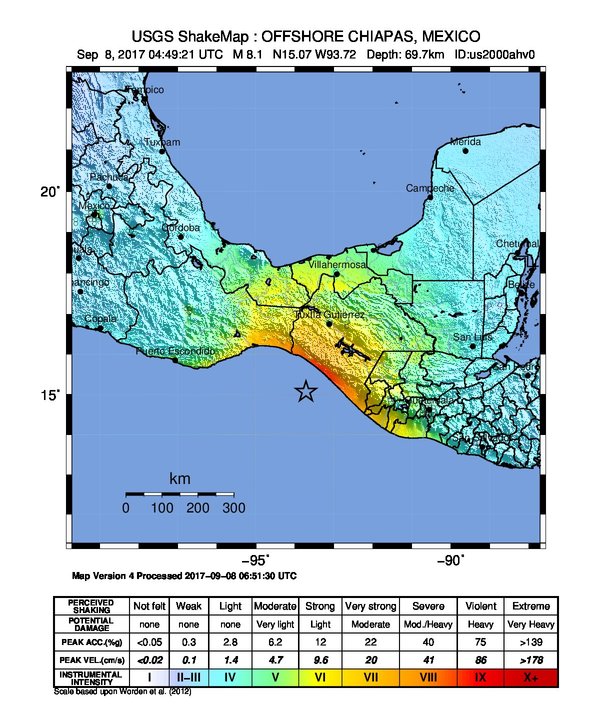 A red alert for shaking-related fatalities and economic losses was issued. High casualties and extensive damage are probable and the disaster is likely widespread. Past red alerts have required a national or international response.

Overall, the population in this region resides in structures that are a mix of vulnerable and earthquake resistant construction. The predominant vulnerable building types are adobe block with concrete bond beam and mud wall construction. 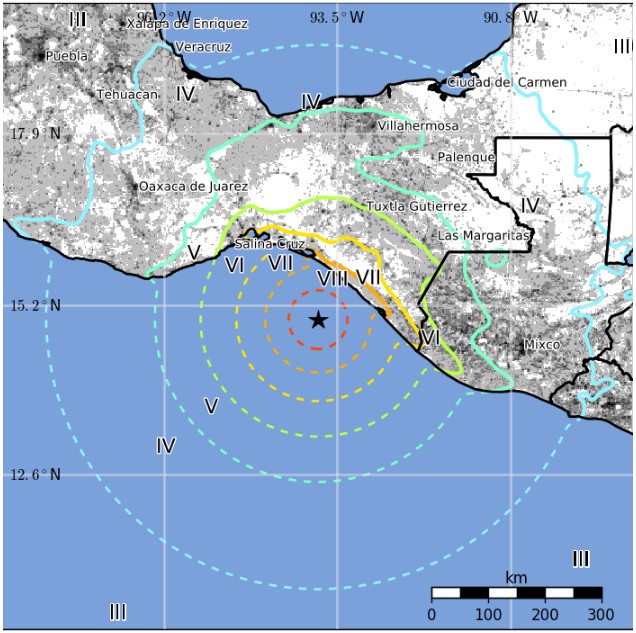 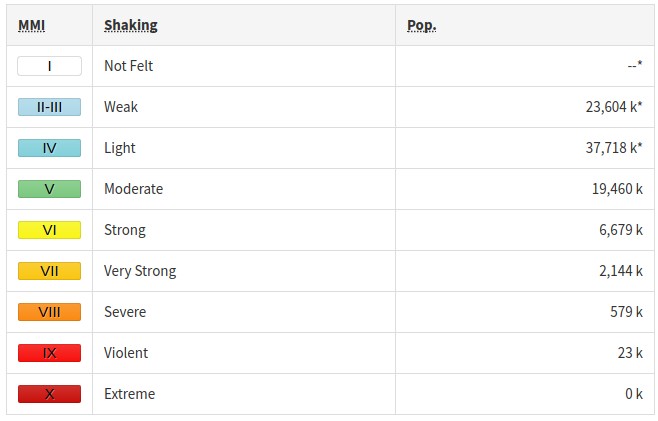 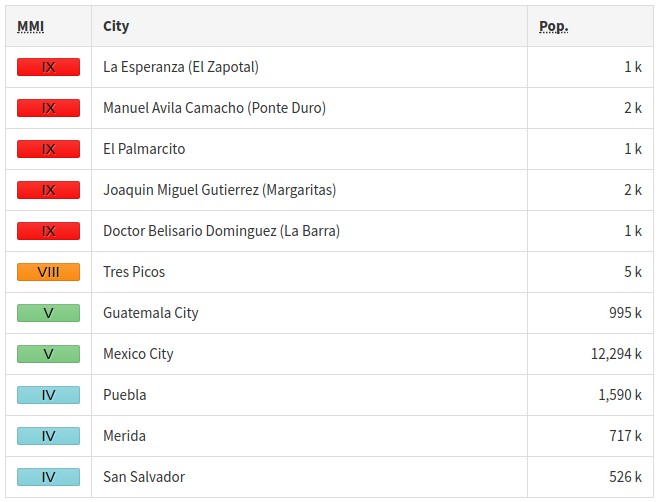 The death toll stands at 91.

Mexican President, Enrique Peña Nieto, has called 3 days of National mourning for the victims of the earthquake.

The death toll has increased to 60 and the number of injured to 500.

The preliminary death toll has increased to 37.

The number of aftershocks stands at 190.

According to the Earthquake-Report, Professor Max Wyss, who specializes in theoretical prognoses of injuries and fatalities revised his initial numbers after using updated seismic data. Now he reports 10 to 300 fatalities and 400 to 3 000 injured people.

According to PTWC's Tsunami Message Number 13, tsunami waves reaching more than 3 m (9.8 feet) above the tide level are possible for some coasts of Mexico.

The preliminary death toll stands at 16. There are at least 1 000 damaged buildings and 100 destroyed, according to Earthquake Impact Database. The tsunami reached a maximum height of 101 cm (3.3 feet).

In Guatemala, at least 24 houses were destroyed and 85 people displaced.

At least 8 people have been killed.

It's 02:34 in the Mexico now and many people are in the streets because they fear aftershocks.

Numerous buildings have been damaged or destroyed.