This is the third M-class solar flare of the day and the 18th since September 4, when the first M-class solar flare erupted from this region. Over those 4 days, we have also registered 3 major solar flares – X2.2, X9.3 and X1.3 and several Earth-directed CMEs. Some of them have already hit our planet, causing G4 – Severe geomagnetic storming.

There were no radio signatures associated with today's M8.1 flare suggesting a Coronal Mass Ejection (CME) was produced. 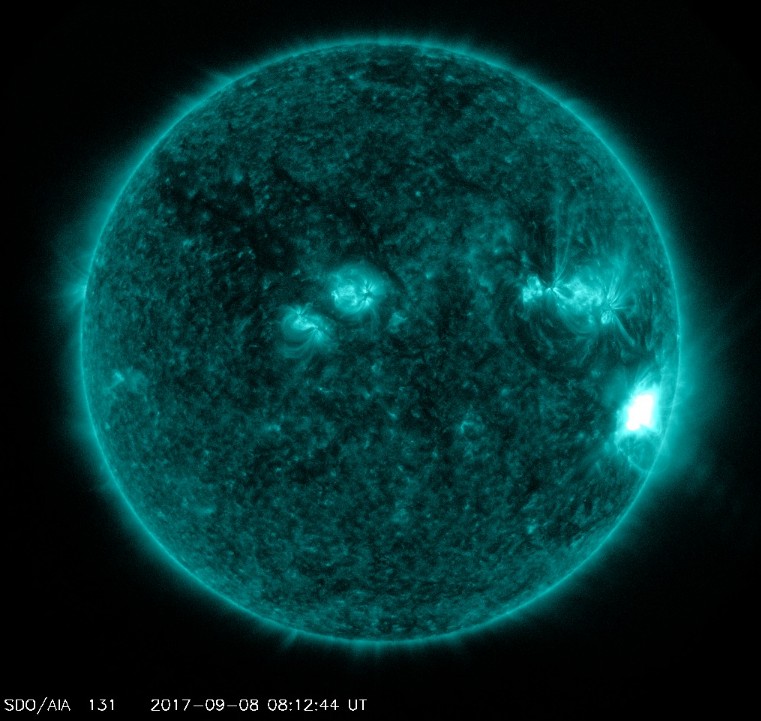 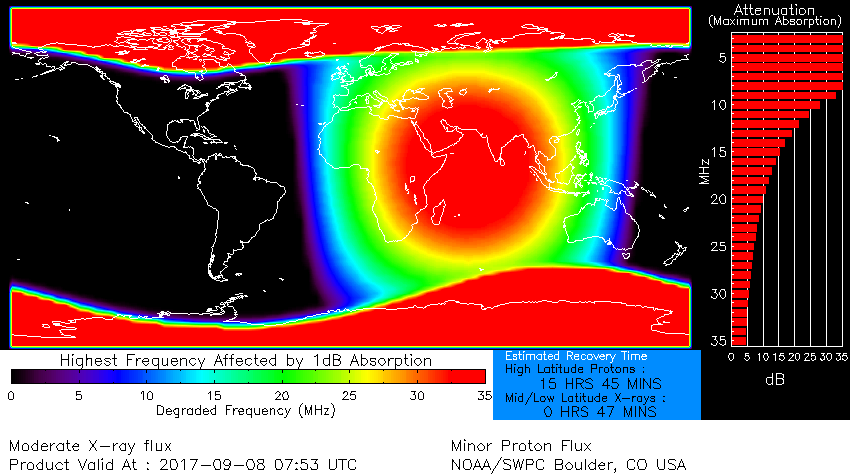 There are currently 5 numbered sunspot groups on the Earth side of the Sun. The only one worth mentioning is Region 2673 ('beta-gamma-delta'), the source of all above-mentioned flares during the past 4 days. This region maintains its magnetic complexity. Despite minor decay in the leader spot, overall growth in area was observed as the region rotated towards the SW limb.

Newly numbered Region 2679 and the remaining three other regions were relatively simple and quiet over the past 24 hours. 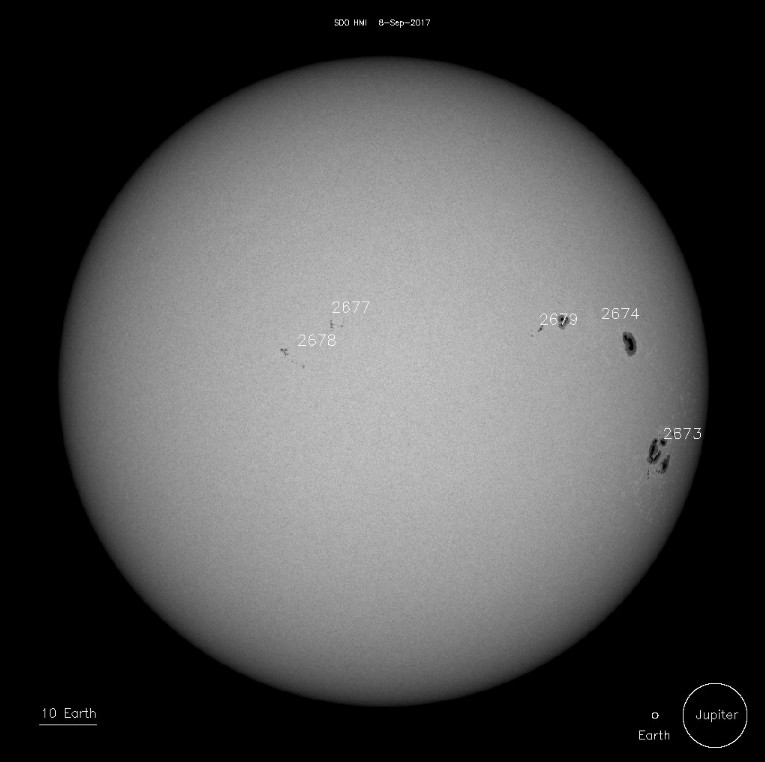