Radio signatures suggest a strong Coronal Mass Ejection (CME) was produced during this event. The location of this region favors Earth-directed CMEs.

In addition, this impressive event was associated with a 10cm Radio Burst lasting 3 minutes with peak flux of 12000 sfu.

Today's X9.3 is the strongest solar flare of Solar Cycle 24. Although X-class solar flares were expected (25% chance) since Region 2673 rapidly grew into a monster region and attained 'beta-gamma-delta' magnetic configuration, such powerful flare comes as a huge surprise, as our star is heading toward Solar Minimum. The previous record for the strongest flare of the cycle was X6.9 of August 9, 2011.

The last time our star erupted with an X-class flare was on May 5, 2015 – X2.7. CME was produced, but the location didn't favor Earth-directed CMEs. 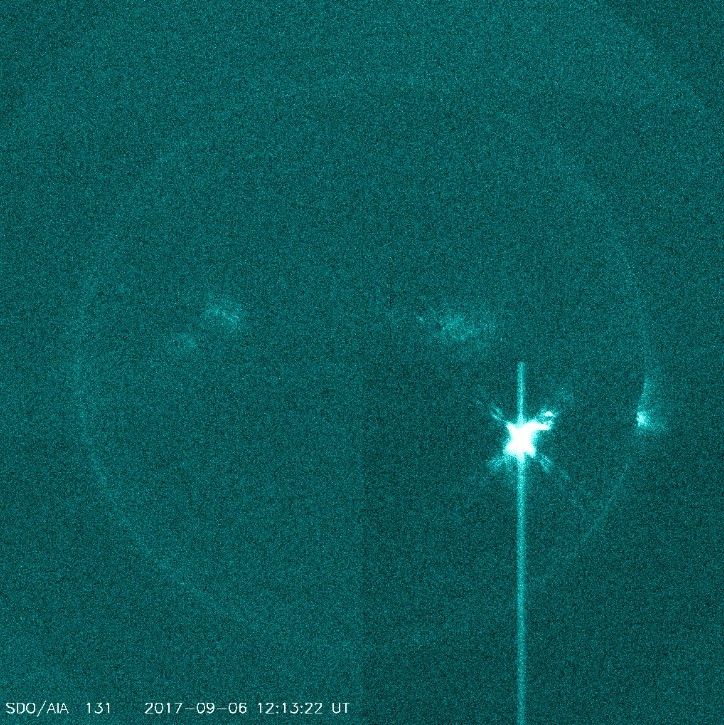 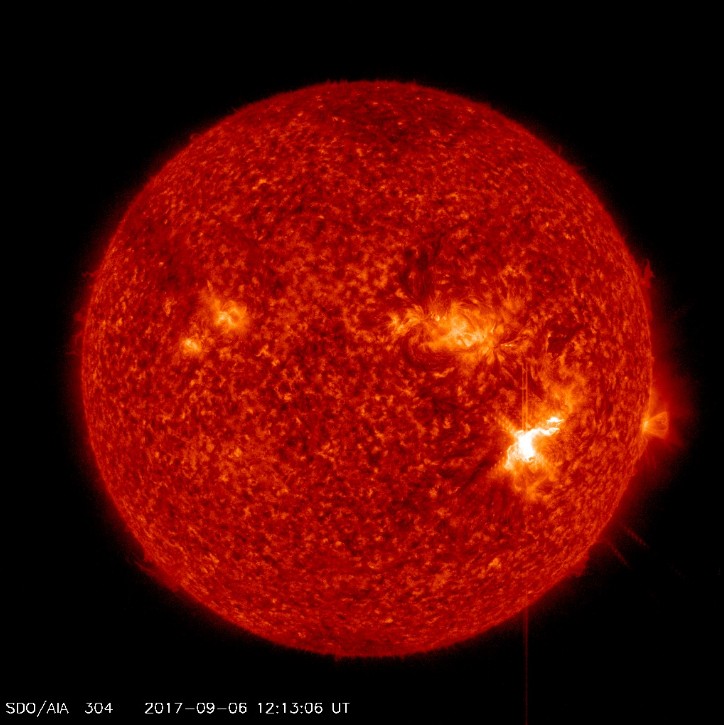 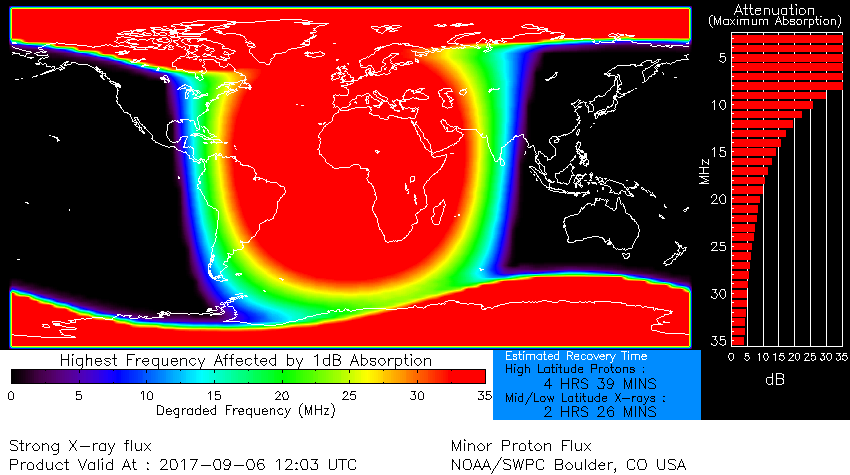 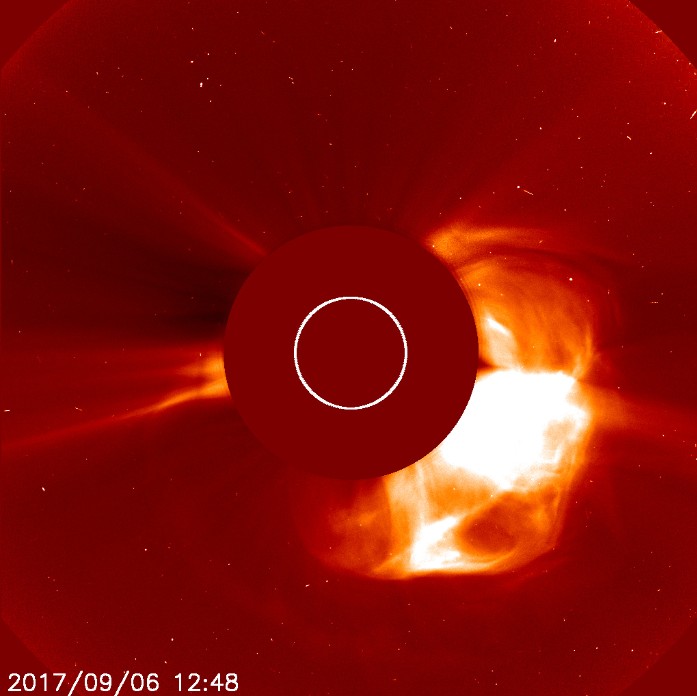 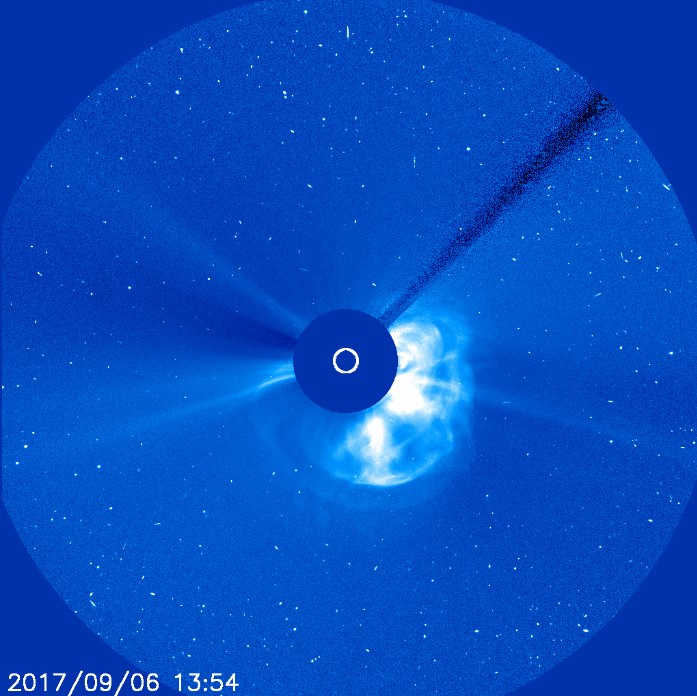 The location of Active Region 2673 favors Earth-directed CMEs. However, analysis of the event is still in progress.

CME produced by M5.5 solar flare on September 4, 2017 is heading toward Earth and is expected to arrive later today (September 6). A G3 – Strong geomagnetic storm watch is in effect for September 6 and 7.

WSA-Enlil model below shows both CMEs (September 4th and 6th). The September 6th CME is expected to arrive late September 8.