The National Hurricane Center is tracking three low pressure systems along the Inter Tropical Convergence Zone in the northeast Atlantic. Current models show that conditions are conducive for them to continually organize and strengthen over the next several days.

Two of them have 40% chance of cyclone formation within the next 48 hours. The third is expected to develop through the next 5 days. All of them are moving toward the Caribbean Sea. 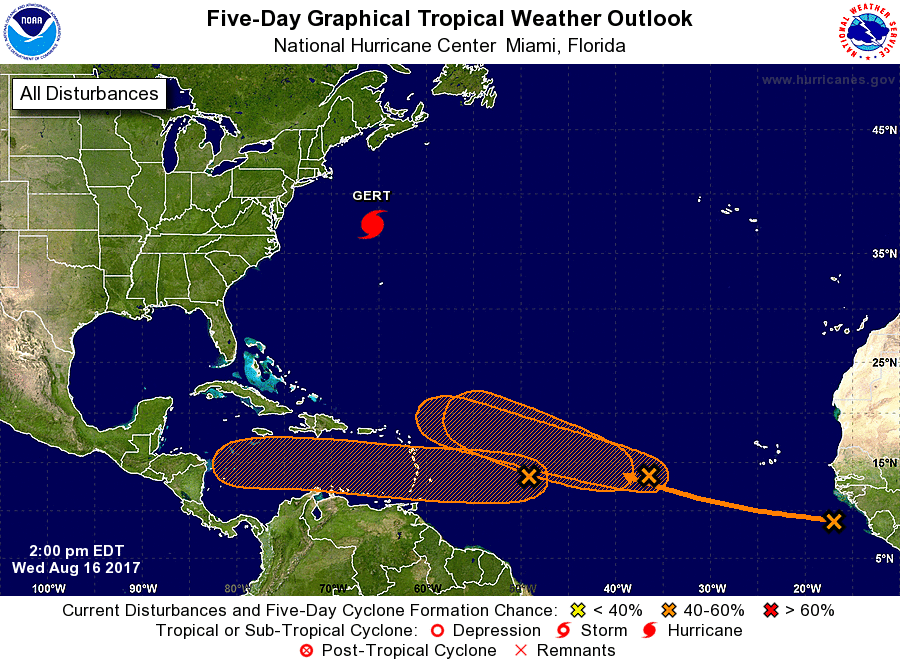 The first low pressure system is currently located about 1 287 km (800 miles) east of the Lesser Antilles. It became a little better defined since yesterday, but most of the associated shower and thunderstorm activity is displaced to the west of the center of circulation, according to the NHC.

Upper-level winds are forecast to become more conducive for development during the next day or so while the low moves westward at 24 to 38 km/h (15 to 20 mph) across the tropical Atlantic Ocean, crossing into the Caribbean Sea on Friday.  An Air Force Reserve reconnaissance aircraft is scheduled to investigate this system on Thursday, if necessary, and interests in the Lesser Antilles should monitor the progress of the disturbance.

"Regardless of the development, cloudy skies with moderate to heavy showers, periods of rain and isolated thunderstorms are expected early Friday until Friday night. Residents and motorists should be on the alert as there is a medium chance (40%) for some slow development before it moves across the islands and into the Caribbean sea."

The second area of low pressure is currently located about 1 287 km (800 miles) west of the Cabo Verde Islands, and its associated shower and thunderstorm activity remains disorganized.

Gradual development of this system is possible during the next few days while it moves west-northwestward at 24 to 38 km/h (15 to 20 mph), but upper-level winds are expected to become less conducive for tropical cyclone formation when the disturbance moves north of the Leeward Islands this weekend. 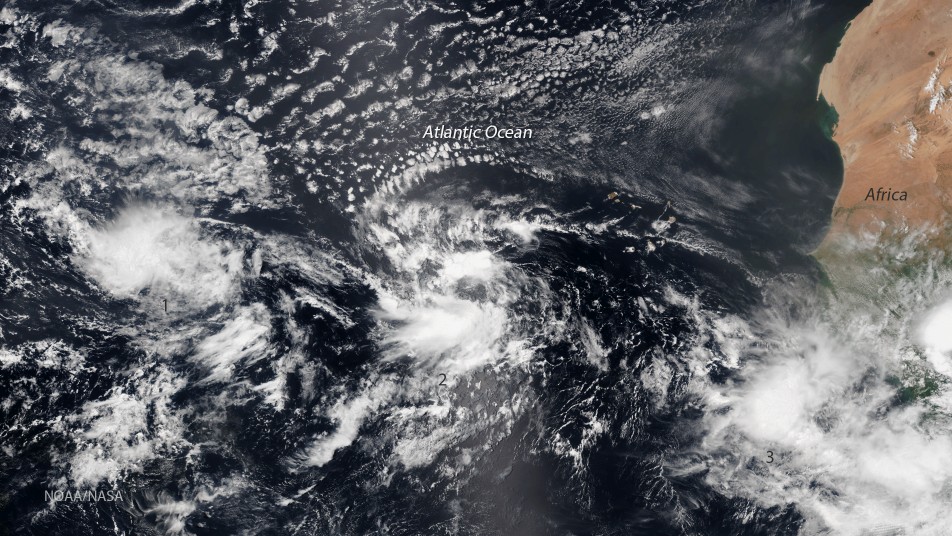 The third system is currently a tropical wave near the west coast of Africa, producing a large area of disorganized showers and thunderstorms. Environmental conditions appear conducive for gradual development of this wave while it moves westward to west-northwestward at about 24 km/h (15 mph) during the next several days.