A newly developed Tropical Depression 02W, known in the Philippines as Crising, is heading toward the east coast of the eastern Visayas and is expected to make landfall by 09:00 UTC on Saturday, April 15, 2017. Although Crising will not reach tropical storm status, this system is a heavy rain maker and as such poses a risk to the affected region.

The estimated rainfall amount is from moderate to occasionally heavy within the 250 km (155 miles) diameter of the system. 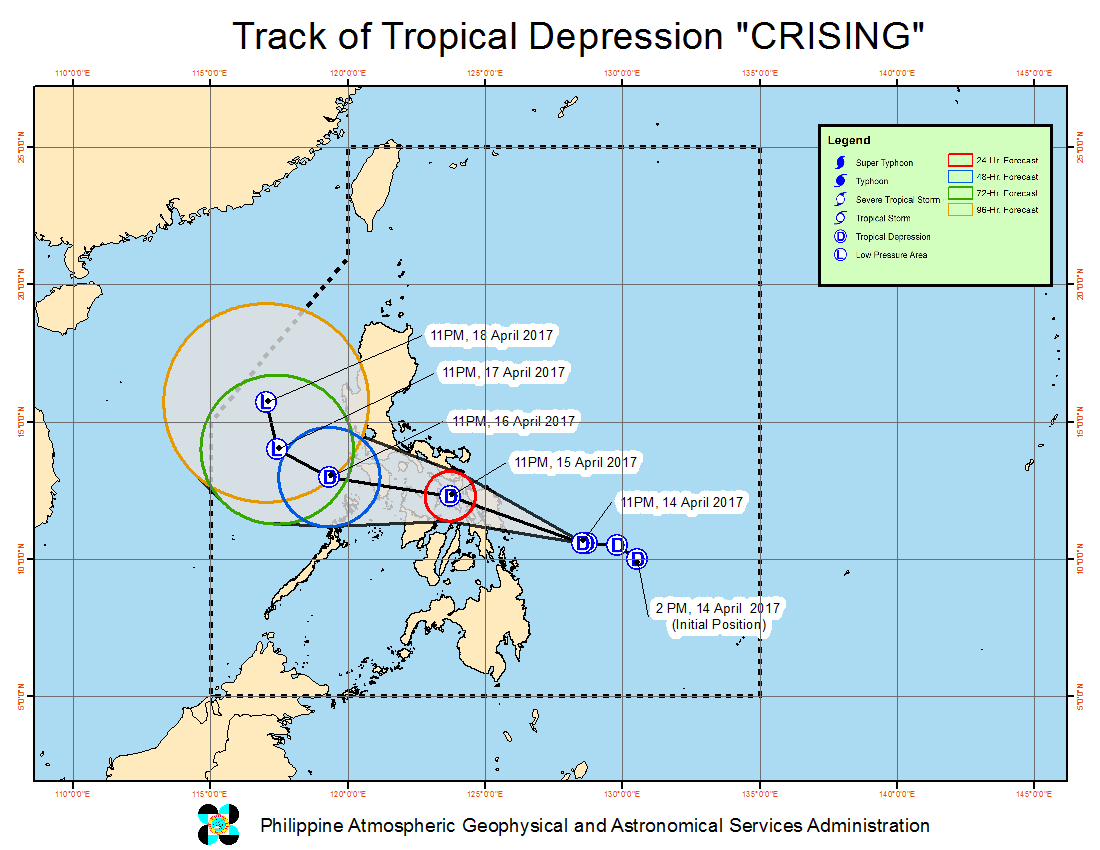 JTWC expects Crising to make landfall along the east coast of the eastern Visayas by 09:00 UTC (17:00 PHT) on Saturday, April 15.

The center noted that the eastern side of the depression was already moving over Visayas today, April 14.

"One of the deadlier storms in recent memory 'Washi' was just a tropical storm when it came on shore but still it resulted in mass casualties across northern Mindanao. I'm not saying this storm has that potential but just reminding you that these storms albeit small can still pack a punch," Speta warned.