Using satellite data obtained by NASA/JAXA Global Precipitation Measurement mission or GPM, NASA has analyzed the rainfall from severe and deadly weather outbreak in the southeastern United States over the past couple of days.

On Monday evening, January 2, 2017, severe thunderstorms spawned deadly tornadoes and generated flooding rainfall over the Southeast. At least 12 tornadoes were reported in Mississippi, Alabama and Georgia.

As a result, a family of four died in Alabama after a tree crashed onto their mobile home while one elderly man drowned in Florida. Tens of thousands were left without power. 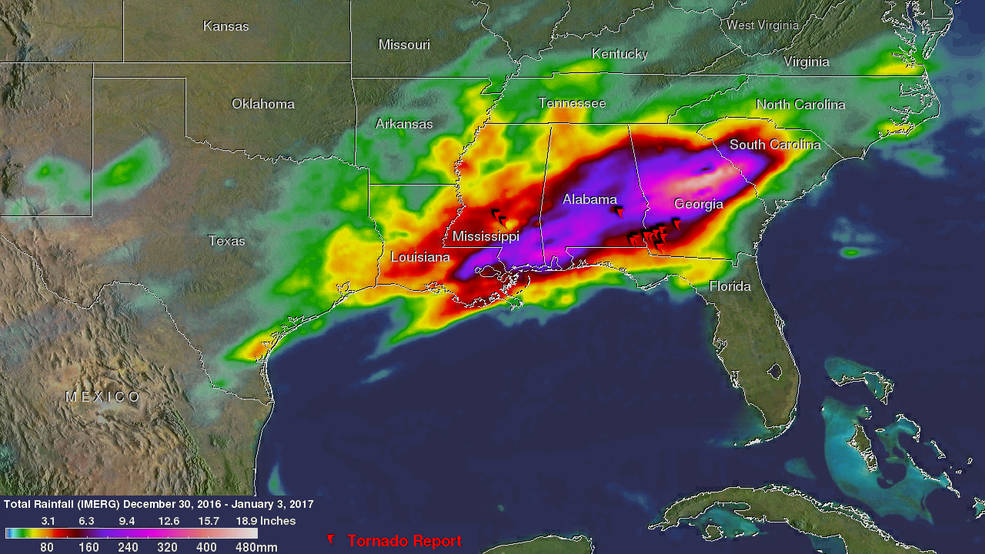 NASA's IMERG estimated total rainfall from December 30, 2016, through early January 3, 2017, at more than 305 (12 inches) over the southeastern United States. Red symbols show the locations where some of the numerous tornadoes were reported. Credit: NASA/JAXA, Hal Pierce

This analysis of rainfall indicates that more than 305 mm (12 inches) of rain fell over the southeastern United States during this stormy period.