According to Meteorological Service Jamaica, severe weather conditions were caused by a surface trough moving over Jamaica. Meteorologists issued a warning, as the expected pressure ridge was expected to bring isolated strong rainstorms across hilly inland regions of northern parishes. 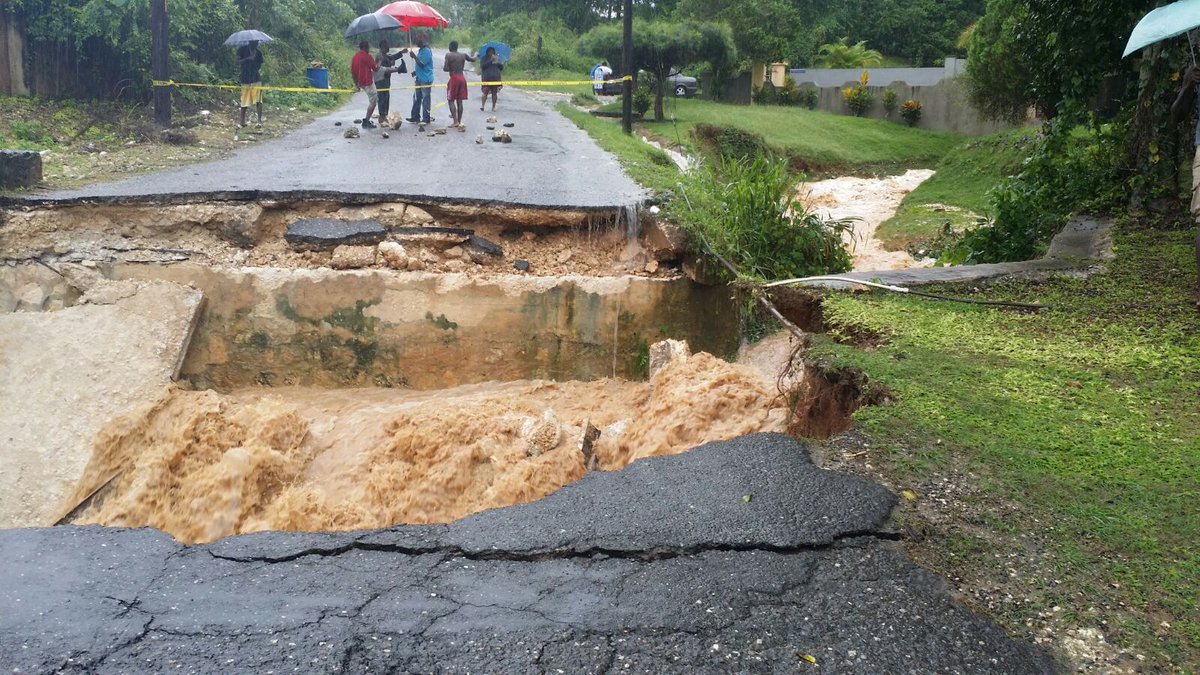 Intense flooding caused traffic disruptions and cut off several affected areas, according to media reports. The Runaway Bay and Dunbarton in St. Ann were amongst the worst affected areas, as the flood water reached over 1 m (3.3 feet), locally.

Damage to homes and vehicles was reported, although, luckily, no fatal outcomes or injuries occurred.

More rain is in the forecast for today.

On the ground in Dunbarton and Runaway Bay. Severe damage from the rain pic.twitter.com/2s8fEcsWsw

Car ended up down on the entrance to the beach after it was washed about 500m from Claremont Street. pic.twitter.com/6EjMLGe38n