Ecuador's Institute of Geophysics (IGEPN) has reported increased seismicity at the Cayambe volcano, Ecuador. The heightened activity may indicate the volcano will become increasingly active over the coming weeks or months. Last moderate eruption from the Cayambe, known for violent eruptions, was reported in a period between 1785 and 1786. ​

The seismicity at the Cayambe volcano started to increase on June 5, 2016. A seismic swarm of over 2 300 earthquakes was recorded by the end of the month, according to Volcano Discovery. The volcano-tectonic quakes were concentrated in the northeastern part of the volcano and were probably induced by a deep magma intrusion that put pressure and caused rock fracturing.

Following the start of the swarm, Cayambe appeared to rest again. However, more earthquakes were reported since September, this time concentrated under the volcano's summit, and showing an upward trend in depth. 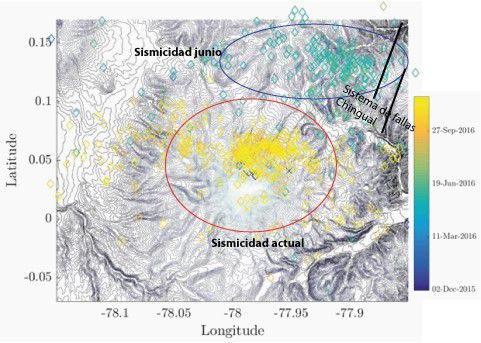 Cayambe seismic activity in the period between June and December 2016. Image credit: IGEPN

The experts think these events suggest a new magma body intruding inside the volcano, although it cannot be predicted whether it will reach the surface in a new eruption. The signs of volcano unrest are considered weak for the time being, and it appears the magma intrusion only occurs in a small volume, meaning the possible upcoming eruption will probably be small. 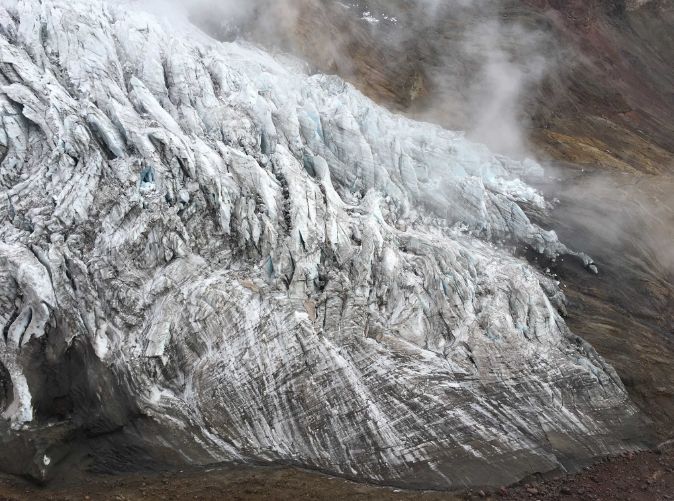 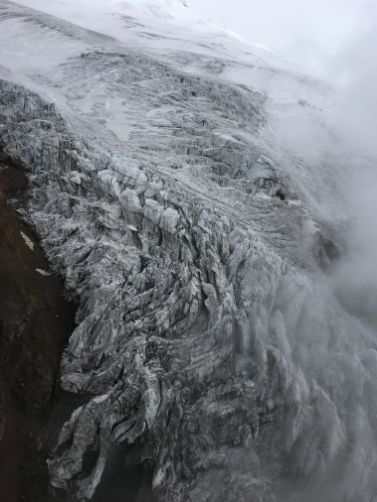 Last moderate eruption from the Cayambe was reported in a period between 1785 and 1786. Despite that, the volcano has been known for its violent explosive eruptions over the last few thousands of years and should be monitored accordingly.

The massive compound andesitic-dacitic Cayambe stratovolcano is located on the isolated western edge of the Cordillera Real, east of the Inter-Andean Valley. The volcano, whose southern flank lies astride the equator, is capped by extensive glaciers, which descend to 4 200 m (13 779 feet) on the eastern Amazonian side. The modern Nevado Cayambe, constructed to the east of older Pleistocene volcanic complexes, contains two summit lava domes located about 1.5 km (0.93 miles) apart, the western of which is the highest.

Several other lava domes on the upper flanks have been the source of pyroclastic flows that reached the lower flanks. A prominent Holocene pyroclastic cone on the lower E flank, La Virgen, fed thick andesitic lava flows that traveled about 10 km (6.2 miles) E. Nevado Cayambe was recently discovered to have produced frequent explosive eruptions beginning about 4 000 years ago and to have had a single historical eruption during 1785-86.