Ecuador's Instituto Geofisico (IG) reports a sharp increase in seismicity under the Cayambe volcano this month. It became more evident in the middle of June, but at the moment, the seismicity tends to decrease. The last known eruption of this volcano  in 1786. Statistically, this volcano erupts every ~200 years.

Although the seismicity under Cayambe is decreasing at the moment, IG said it should be noted that this is the strongest seismic anomaly recorded since 1995.

The seismic events are related to fracturing of rocks and are located at the NE end of the volcano. At this time, GPS data from networks and inclinometers installed on the volcano show no evidence of deformation in the volcano.

Cayambe is a massive compound andesitic-dacitic stratovolcano, located on the isolated western edge of the Cordillera Real, east of the Inter-Andean Valle. This is 60 km (37 miles) NE of Quito and 15 km (9 miles) E of the town of Cayambe, population 20 000.

In the past 4000 years, at least 21 eruptive events were identified of which the most recent was between 1785-1786 (Samaniego et al. 1998). Statistically (based on geological studies), the Cayambe volcano has a recurrence period of eruptions about 200 years, IG said.

VT events recorded in this month show a concentration northeast of the volcano: 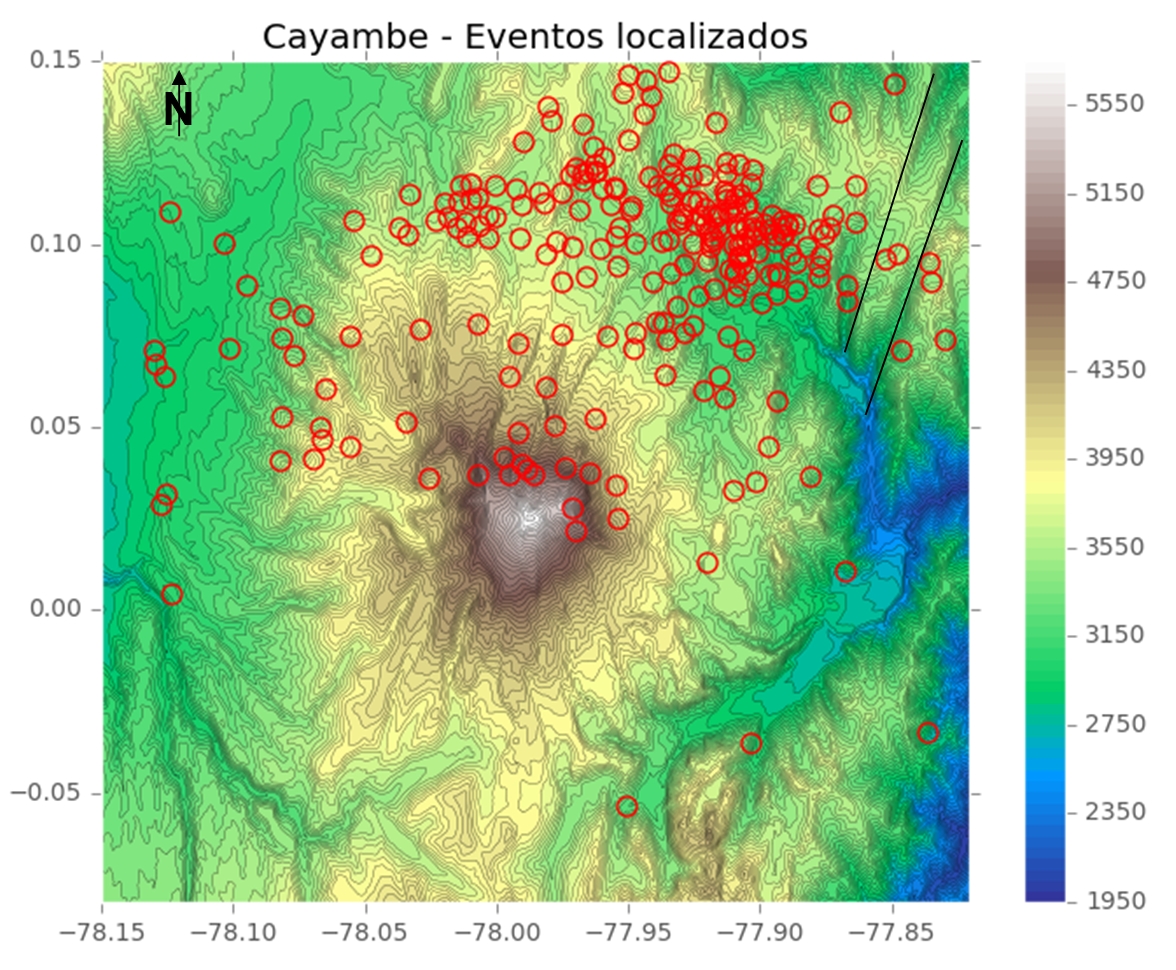 The location of these earthquakes to the northeast boundary of the volcanic edifice can classify this as a swarm of volcano-tectonic earthquakes. It should also be noted that, so far, there is no evidence of deformation in the volcano that could indicate the presence of a magmatic intrusion. 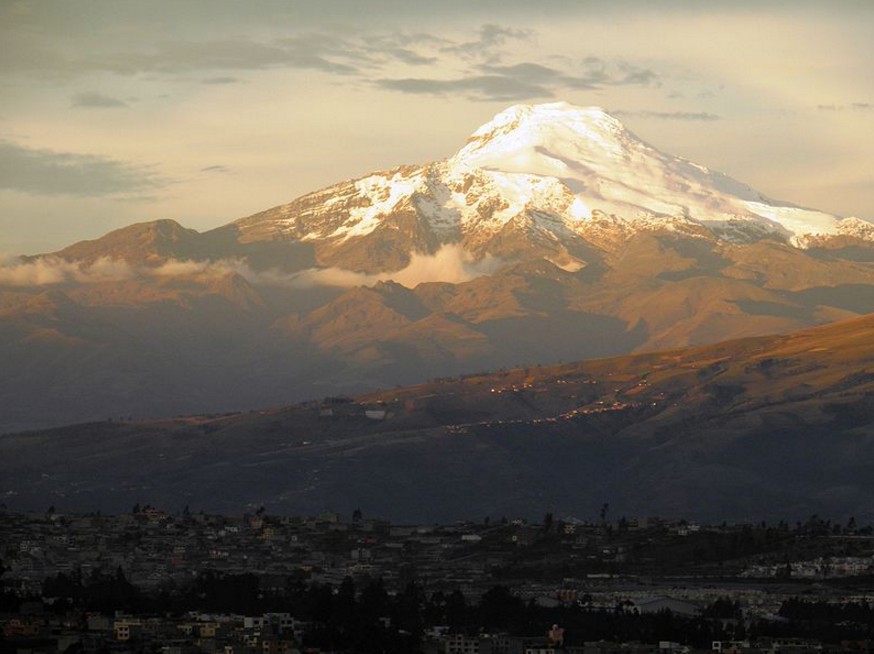 The Geophysical Institute continues to monitor the volcano.

The massive compound andesitic-dacitic Cayambe stratovolcano is located on the isolated western edge of the Cordillera Real, east of the Inter-Andean Valley. The volcano, whose southern flank lies astride the equator, is capped by extensive glaciers, which descend to 4200 m on the eastern Amazonian side. The modern Nevado Cayambe, constructed to the east of older Pleistocene volcanic complexes, contains two summit lava domes located about 1.5 km apart, the western of which is the highest. Several other lava domes on the upper flanks have been the source of pyroclastic flows that reached the lower flanks.

A prominent Holocene pyroclastic cone on the lower E flank, La Virgen, fed thick andesitic lava flows that traveled about 10 km E. Nevado Cayambe was recently discovered to have produced frequent explosive eruptions beginning about 4000 years ago, and to have had a single historical eruption during 1785-86. (GVP)