Shortly after 03:00 UTC on June 23, wind speed quickly decreased to average near 360 km/s and remained at those levels through 12:30 UTC.

Total field strength values increased to a peak of 13 nT before returning to average around 7 nT. The Bz component fluctuated between +9 nT and -6 nT until approximately 04:00 UTC when it stabilized near 6 nT. The phi angle remained in a predominantly negative orientation, SWPC said. 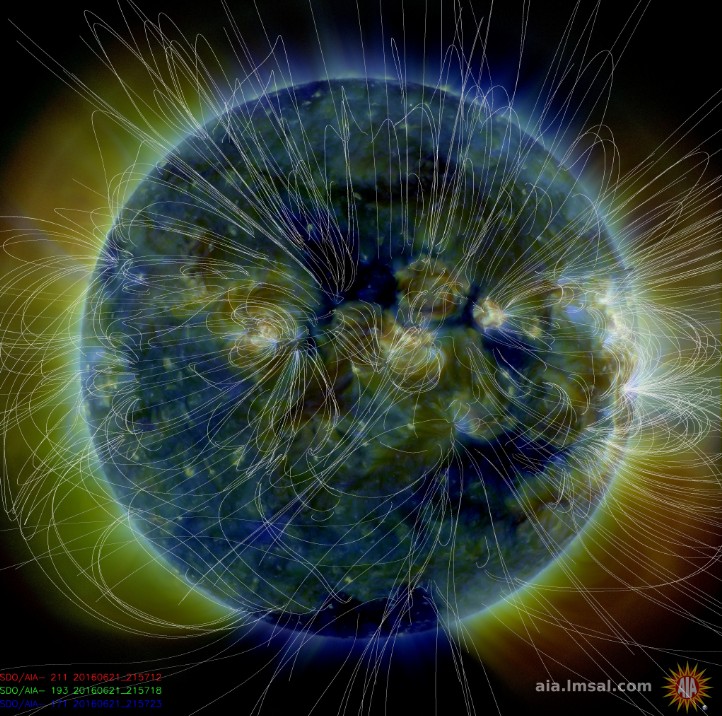 Explaining the plot below, SWPC said earlier this isolated period of G1-Minor geomagnetic storming is not fully understood because wind speeds were below 400 km/s and there was no significant negative Bz observed in the solar wind data.

"Forecasters believe this to be a rare sub-storm related to elevated density and a sustained negative By component of the interplanetary magnetic field. The yellow line on the ACE data shows the Bz component and the white line shows the By component. During the geomagnetic activity, Bz was clearly positive while By was negative for an extended period of time."

Solar wind parameters are expected to continue to reflect CH HSS influence, which should persist through June 24 and 25.