A snow storm covered parts of the Hawaii over the last couple of days and winter storm warnings have been issued for the island's peaks of Mauna Kea and Mauna Loa on December 4, 2016.

According to meteorologists, the circulation of a closed low situated southwest of the Hawaii in the period between December 1 and 2, draw a plume of middle to upper tropospheric moisture northwestward toward the islands. The prolonged flow of moisture in combination with the variable terrain has prompted Flood and Winter Storm Warnings for the Big Island of Hawai'i. 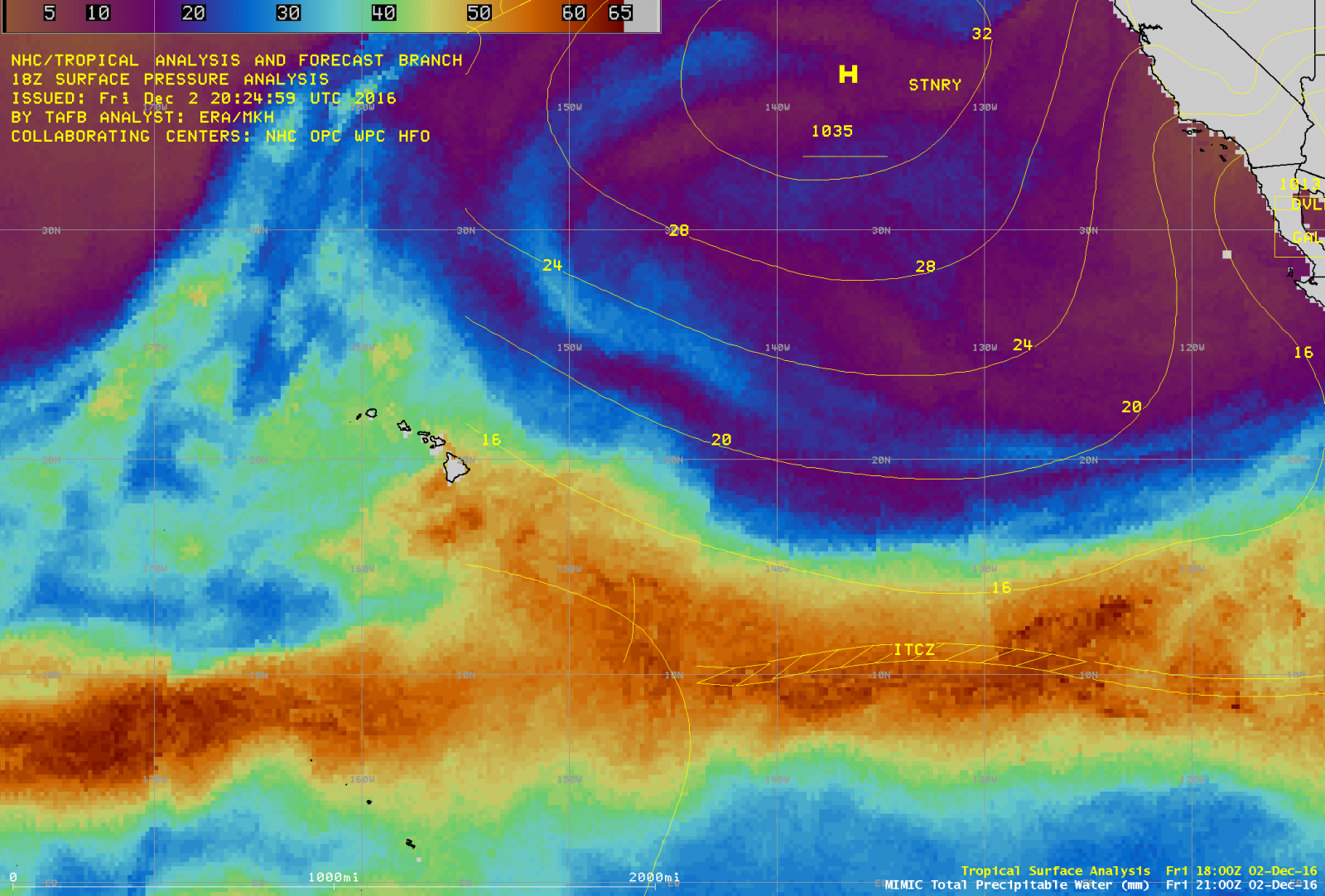 Hourly images of the MIMIC Total Precipitable Water (TPW) product showing the large plume of moisture originating from the Intertropical Convergence Zone (ITCZ). Maximum TPW values in the vicinity of Hawai’i were in the 50-55 mm (2.0-2.2 inch) range. 24-hour rainfall amounts were up to 159.3 mm (6.27 inches) on the island of Hawai’i and 93.2 mm (3.67 inches) on the island of Kauai. Image credit: NHC/OPC/WPC/HFP/UW-CIMSS (See animation)

The largest amount of snowfall was observed around the peaks of Mauna Kea and Mauna Loa, where 90 cm (35.4 inches) was measured by telescopes, according to media reports.

Due to stormy weather, low visibility conditions were reported, as well. Below 400 m (0.25 miles) visibility was reported in several locations on the Big Island.

The snow on Hawai'i mountains isn't unusual during the winter season, according to the NWS experts.

“As long as we have deep enough clouds to support ice crystals, and when you have cold enough temperatures at the summit level, you can get snowfall.Three to five snow events a year during the cold season. Some years we might not get any, some years we might get more,” explained Matthew Foster, an NWS meteorologist.

While some areas experienced snow, the rest of the Hawaii witnessed heavy rainfall and thunderstorms. A flash flood watch was issued on December 4.