A new research suggests that North America will experience more outbursts of frigid air in February and March as the wintertime Arctic stratospheric polar vortex continues its persistent shift toward the Eurasian continent. For parts of Europe and Asia, it would mean warmer winters.

Other astronomical bodies are also known to have polar vortices, including Venus, Mars, Jupiter, Saturn, and Saturn's moon Titan.

"The wintertime Arctic stratospheric polar vortex has weakened over the past three decades, and consequently cold surface air from high latitudes is now more likely to move into the middle latitudes," authors of a new study published this week in Nature say.

An example of this occurred during the prolonged cold air outbursts in 2014 and 2015. On the occasion, New York and New England experienced broken pipes and water mains, which put a strain on the energy bills.

"However, it is not known if the location of the polar vortex has also experienced a persistent change in response to Arctic climate change and whether any changes in the vortex position have implications for the climate system." 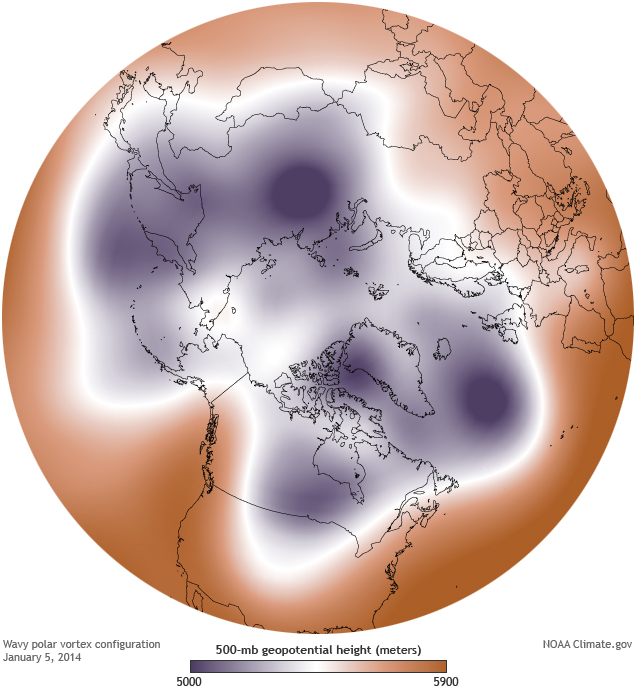 Here, through the analysis of various data sets and model simulations, we show that the Arctic polar vortex shifted persistently towards the Eurasian continent and away from North America in February over the past three decades.

Authors say the shift is closely related to the enhanced zonal wavenumber-1 waves in response to Arctic sea-ice loss, particularly over the Barents–Kara seas. Increased snow cover over the Eurasian continent, however, may also have contributed to the shift.

"Our analysis reveals that the vortex shift induces cooling over some parts of the Eurasian continent and North America which partly offsets the tropospheric climate warming there in the past three decades."

According to co-author Martyn Chipperfield, professor of atmospheric chemistry at the University of Leeds, prolonged cold periods will most likely not occur every winter.