Typhoon "Chaba" has exploded in intensity during its last hours of approach to the Japanese Okinawa Islands and became a super typhoon. As of 12:00 UTC, Chaba was expected to pass dangerously close or over the Kume Island in Okinawa Prefecture with maximum sustained winds of 268 km/h (166 mph) and gusts to 324 km/h (201 mph).

Over 8 000 people were recommended to evacuate earlier today, Kume Island authorities said in a statement.

It will then start to weaken and have maximum sustained winds near 200 km/h (124 mph) by 18:00 UTC on Tuesday, October 4, when it is expected to start its track between South Korea and Japan.

Japan could see large rainfall totals with the risk of flooding and landslides as Chaba moves along the country.

This is happening while most of the public attention is focused on Hurricane "Matthew," an extremely dangerous hurricane now approaching Haiti and Cuba. 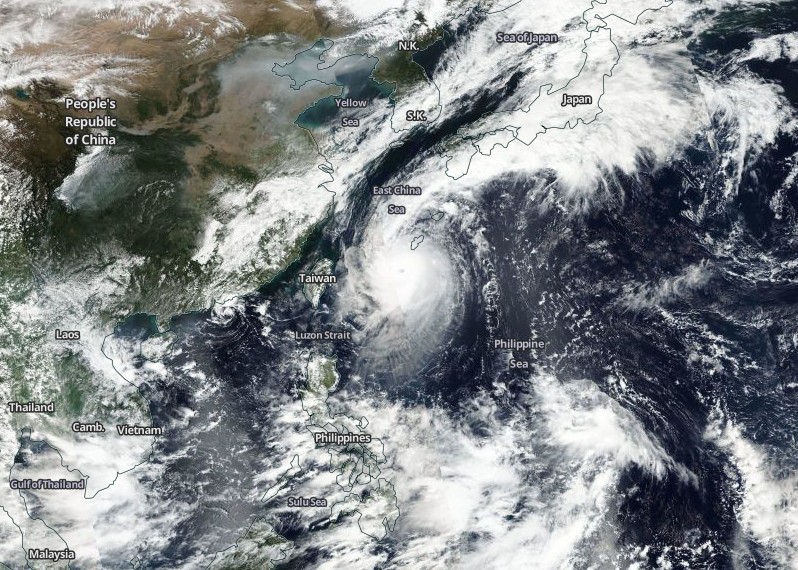