Powerful Typhoon "Malakas" has made landfall over Kyushu, Japan on September 19, 2016, dumping record-breaking rain and causing widespread disruption. Heavy flooding was reported and dozens of flights were canceled. Around 7 000 homes have already suffered power loss. Floods and landslides remain the main threat as the typhoon tracks east toward Tokyo. Local authorities have issued evacuation advisories for more than 600 000 residents in six prefectures.

Malakas is the 16th typhoon of the 2016 Pacific typhoon season and the sixth to make landfall this year in Japan. This is the second-highest annual total since comparable data became available in 1951, tying highs set in 1990 and 1993.

Typhoon "Malakas" was a Category 3 hurricane equivalent on the Saffir-Simpson Hurricane Wind Scale when it hit Kyushu around 15:00 UTC (shortly after midnight local time on September 20). According to the Japan Meteorological Agency (JMA), it was packing winds of up to 180 km/h (112 mph) with an atmospheric pressure of 970 hPa at its center when it hit the Osumi Peninsula in Kagoshima Prefecture, Kyushu.

Heavy rain had already fallen in some areas on September 19, before Malakas made landfall. About 110 mm per hour (4.33 inches) was recorded in Okazaki, Aichi Prefecture, and in Takanabe, Miyazaki Prefecture.

In six prefectures in western Japan including Kumamoto, still recovering from strong earthquakes that hit the region earlier this year, evacuation advisories were issued for about 632 500 people, Jiji news agency said.

The Japan Times reported houses and rice fields were deluged as Malakas made landfall. Muddy brown floods were particularly heavy in Miyazaki Prefecture, where a record 578 mm (22.7 inches) of rain fell on one city in just 24 hours. Six people had to be rescued from their waterlogged homes by boat, but no deaths or serious injuries were reported.

The storm disrupted air and railway transportation and road traffic mainly in the west and southwest of the country. Japan Airlines canceled 38 flights, while All Nippon Airways nixed 52, JT said. 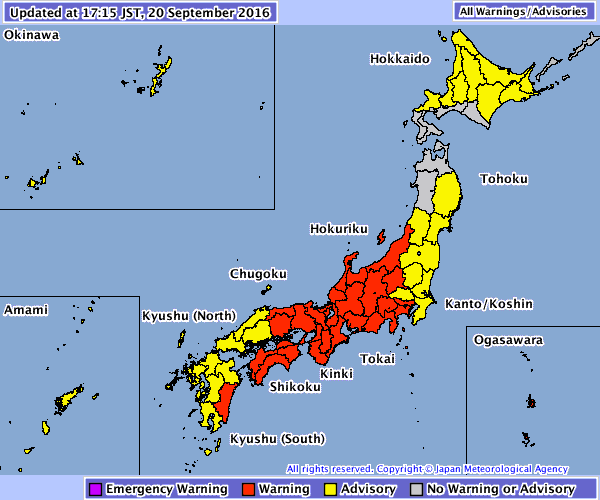 At 07:00 UTC on September 20, the center of Severe Tropical Storm "Malakas" was located right over the city of Matsusaka (population 168 017). 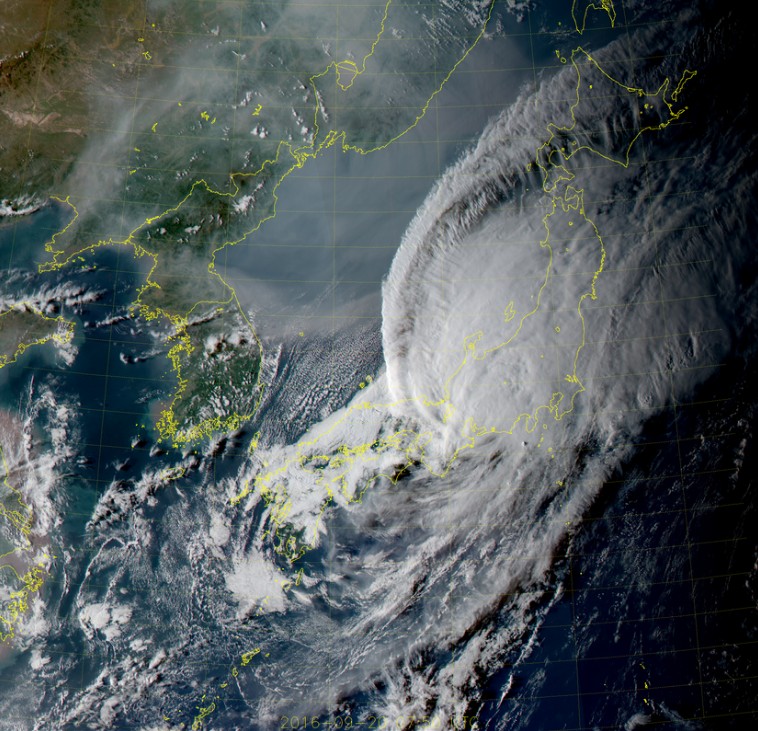 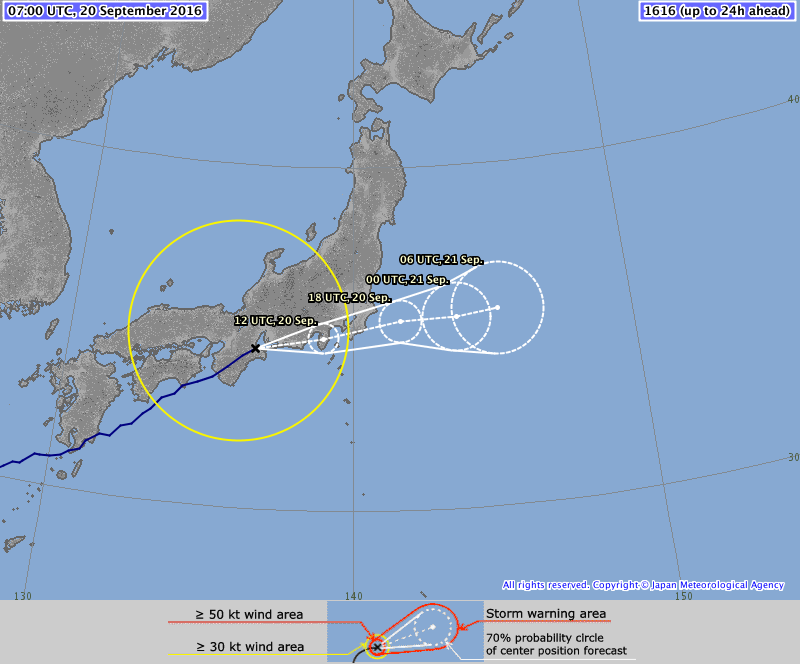