During the past 24 hours, solar wind parameters transitioned from near background conditions to an enhanced state, causing G1 – Minor geomagnetic storming on Earth.

This was most likely caused by the onset of co-rotating interaction region (CIR) ahead of a negative polarity coronal hole high speed stream (CH HSS). Solar winds mildly increased from around 300 km/s to 500 km/s by 00:30 UTC on September 20, 2016. The total magnetic field strength rose to near 20 nT around 20:00 UTC on September 19. The Bz component rotated southward after 05:30 UTC yesterday with a maximum southward value of about -8 nT. It then reoriented to mainly a northward direction at around 15:00 UTC. Phi was predominantly in the negative sector.

SWPC forecasters expect the solar wind parameters to become increasingly enhanced on September 20 and 21 due to the influence of a recurrent negative polarity CH HSS, with wind speed peak values in the 550 – 600 km/s range. The influence of CH HSS is expected to wane during September 22. 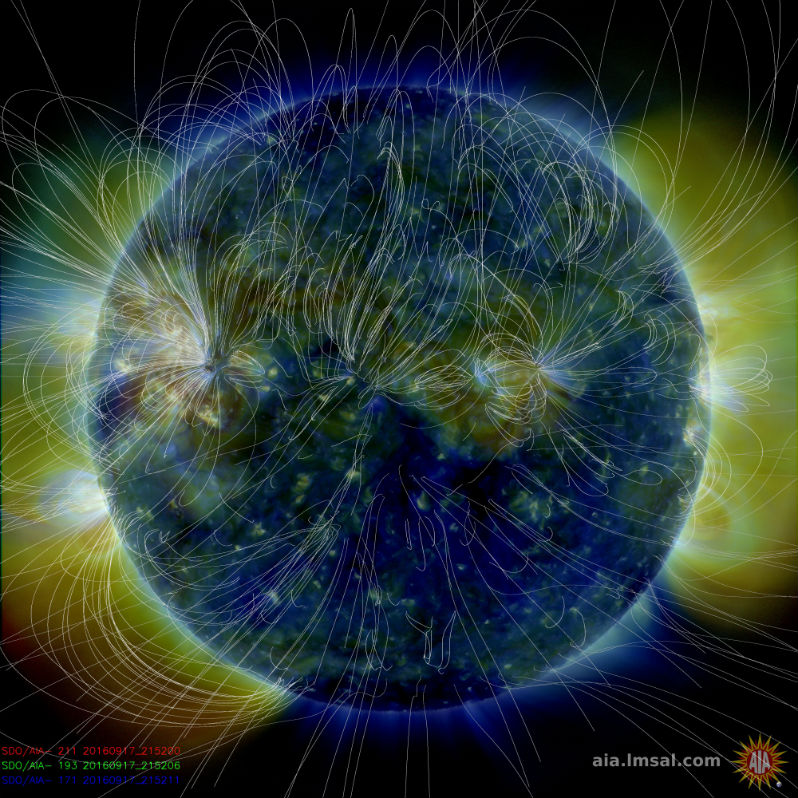 Geomagnetic K-index of 5 (G1 – Minor geomagnetic storm) conditions were first observed at 02:59 UTC. Under those levels, the area of impact is primarily poleward of 60 degrees Geomagnetic Latitude. Weak power grid fluctuations can occur, minor impact on satellite operations is possible, aurora may be visible at high latitudes. 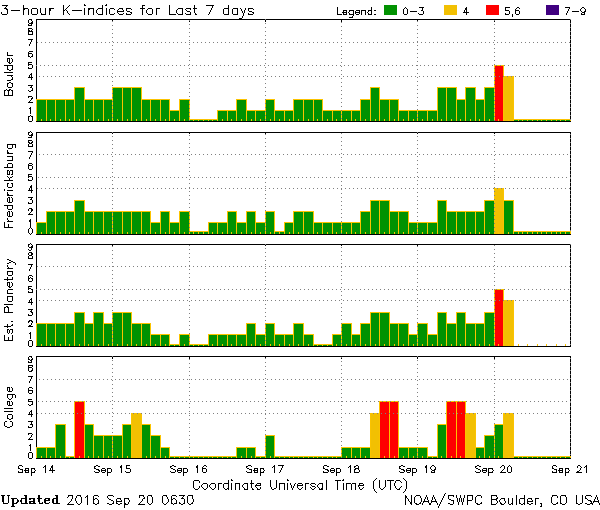 The G1 warning expired at 06:00 UTC today due to a temporary lull in favorable solar wind speed. The G1 watch is still in effect.

Meanwhile, solar activity is at very low levels. There are currently 4 numbered sunspot regions on the Earth side of the Sun. None of them poses a threat to our planet.

Over the next 3 days (September 20 – 22), solar activity is expected to remain at very low levels, with a chance for C-class flares. 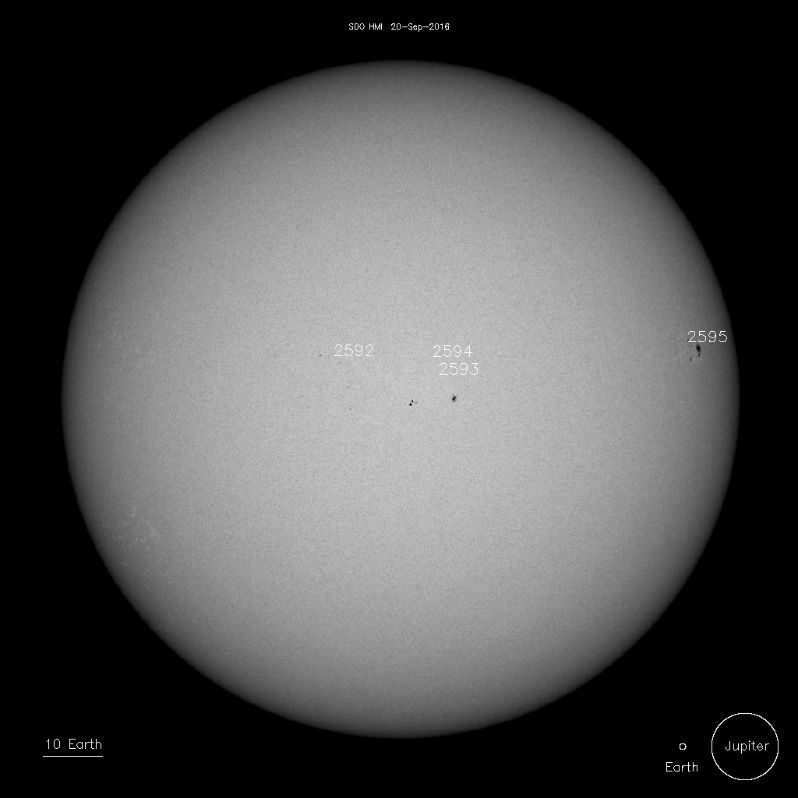