The latest lightning-related deaths occurred in Colorado and Michigan on Friday, August 19, 2016, the NWS said. With four months left in the year, the 2016 toll has already surpassed last year's 27. As usual, this year Florida posted the highest number of lightning deaths, with six. Louisiana and New York followed with four and three fatalities, respectively.

In addition, eight people have died from lightning this month, making it the deadliest August since 2007. In July, typically the month with the most fatalities, 12 people were killed by lightning.

"People are outside, enjoying beaches in the summer time," said John Jensenius, an NWS lightning safety specialist based in Gray, Maine. "There's not much variance in lightning activity," he told Reuters, saying the rise was due more to behavior. 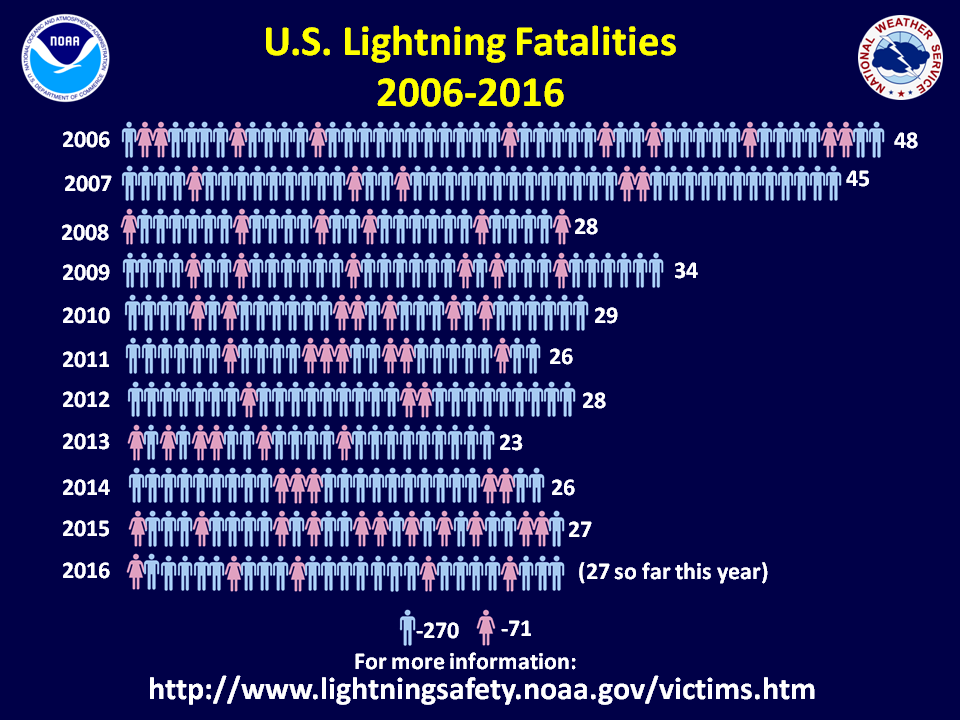 Note: The graphic is still not updated with Friday's casualties. Credit: NOAA/NWS

Deaths from lightning have fallen sharply from the hundreds reported each year in the 1940s and 1950s, when there were more farmers riding tractors in open fields, Jensenius concluded.