An intense rainstorm triggered severe flash floods in portions of the southeast Queensland on June 19, 2016. The rescue services performed 27 water rescues and received 300 calls for help. No deaths or injuries have been reported so far. The storm system is expected to move into the New South Wales and bring moderate to heavy rainfall across the region. 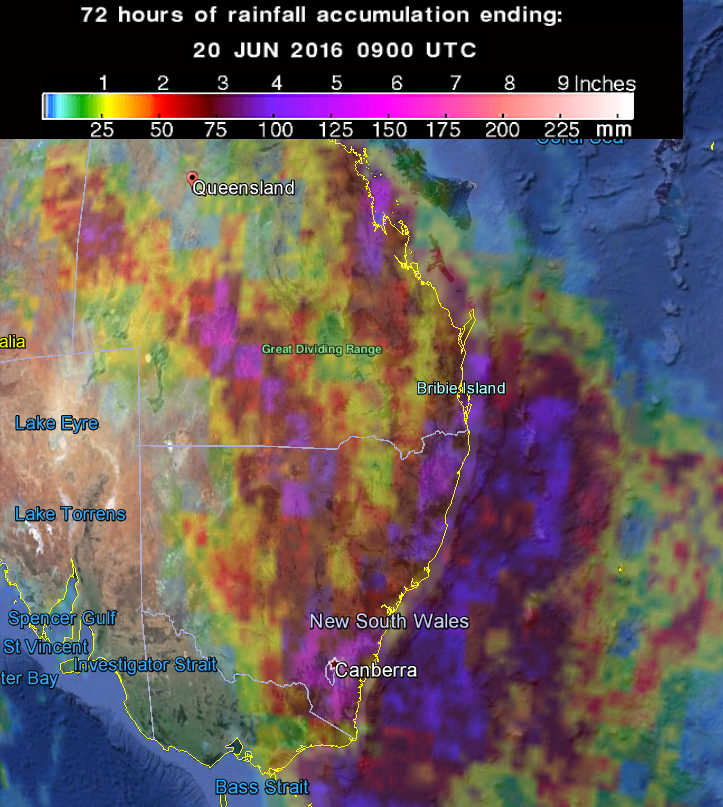 The storm has toppled numerous power lines, and 9 000 customers have experienced power loss across the southeast Queensland. Damage reports included torn-off roofs and uprooted trees across the affected areas. Numerous cars and houses suffered some degree of damage due to strong winds, falling debris or flood waters.

One of the worst affected areas was Mooloolaba, a suburb of Sunshine Coast, according to media reports. According to the State Emergency Service, around 300 calls for help have been received so far while the Queensland Fire and Emergency Services performed 27 water rescues.

According to BOM, the flood warnings are still in effect for the Stanley River and Warrill Creek catchments, while the storm has significantly eased over Queensland, and is now expected to affect parts of the New South Wales.

Residents of Queensland and New South Wales have been warned about the approaching weather system several days ago and advised to remain on alert and closely follow the weather updates and warnings.