Danielle, the fourth named storm of the 2016 Atlantic hurricane season, formed on June 20, 2016, off the eastern coast of Mexico. The system is expected to make landfall today and bring up to 381 mm (15 inches) of rainfall to some areas. The forecast warns the storm may cause life-threatening flash floods and mudslides across the affected areas.

Tropical depression "Four" developed late June 19, and formed into a tropical storm on the following day. Tropical Storm "Danielle" was located about 150 km (95 miles) east-southeast of Tuxpan and 160 km (100 miles) north-northeast of Veracruz, Mexico and moving west-northwest at 11km/h (7 mph) on June 20, 12:00 UTC, according to the National Hurricane Center (NHC). 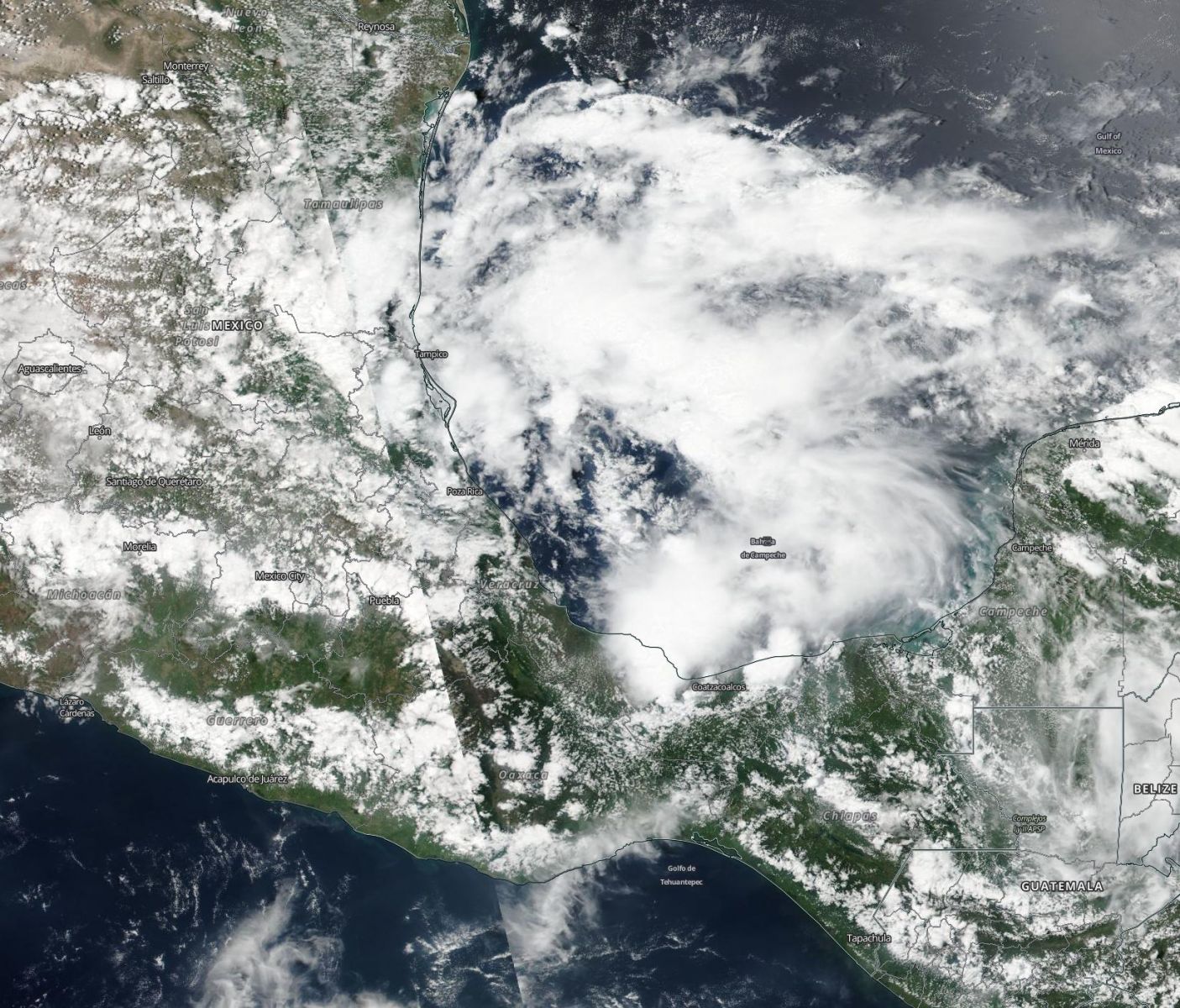 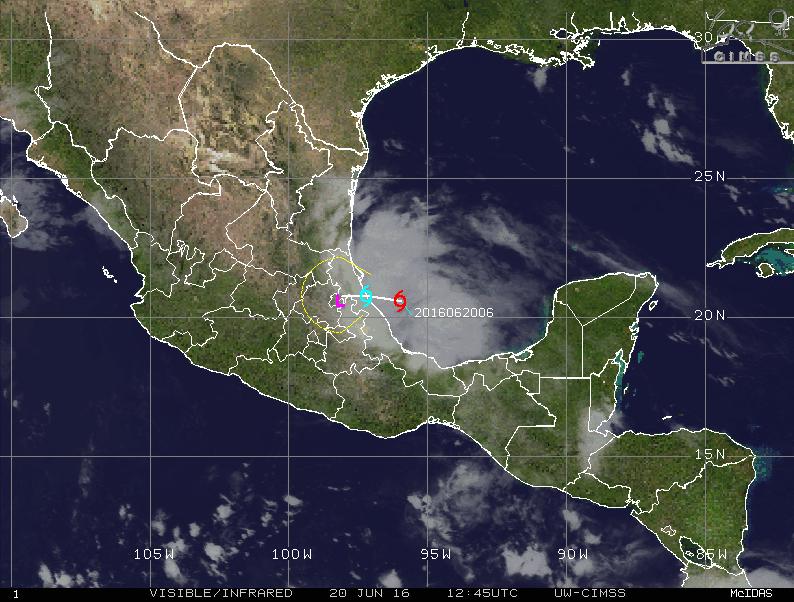 The system was packing maximum sustained winds of 65 km/h (40 mph) with gusts reaching 74 km/h (46 mph). Its minimum central pressure was estimated at 1 008 hPa.

Danielle is currently lashing eastern Mexico with rainstorms and is expected to maintain its general motion over the next 24 hours. The winds of tropical force extend up to 65 km (40 miles) away from the center. The system is expected to make landfall over eastern Mexico later during the day or tonight. A Tropical Storm Warning is in effect for the region between Laguna Verde to Rio Panuco.

The tropical storm is forecast to produce a total rainfall between 152.4 and 254 mm (6 and 10 inches) with up to 381 mm (15 inches) of precipitation possible locally, across the higher areas of Veracruz, Tamaulipas, San Luis Potosi, Queretaro, Hidalgo and northern Puebla. Abundant rainfall may induce life-threatening flash floods and mudslides, the NHC warns. Tropical storm conditions will likely reach the regions within the warning area later in the day.