Niigata Yake-Yama volcano in Honshu, Japan, has been showing signs of seismic unrest recently, according to JMA. The number of volcanic earthquakes has been at a level of about 4 times the usual background level, and up to 23 earthquakes have been recorded in a 24 hour period, Niigata Meteorological Observatory reported. The unrest hasn't reached alarming levels for now.

Other signs of the observed seismic unrest include an increase in small earthquakes under the volcano, an increased fumarolic activity observed on the eastern part of the summit crater and some inflammation of the volcanic edifice. Volcano Discovery reports the seismic activity is dominated by low-frequency earthquakes, likely reflecting the moving of internal fluids, such as gasses, hot watery solutions, and magma. 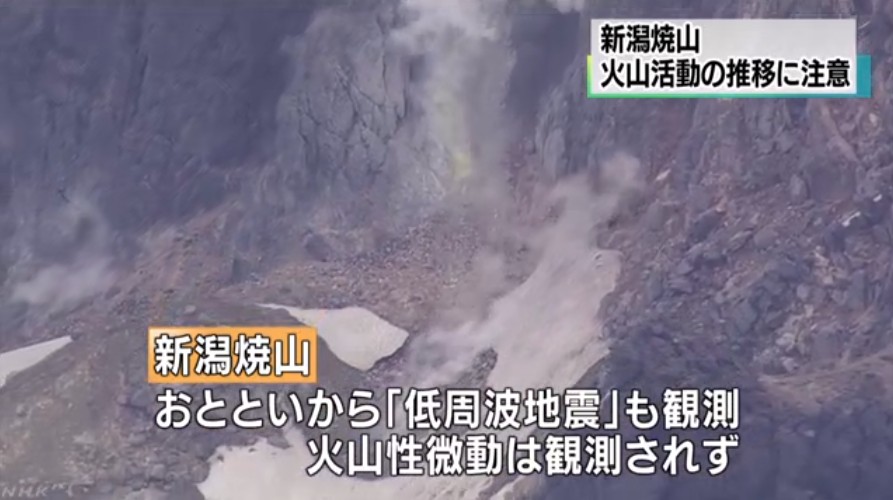 Steaming from the summit crater of the Niigata Yake-Yama volcano. Image credit: NHK 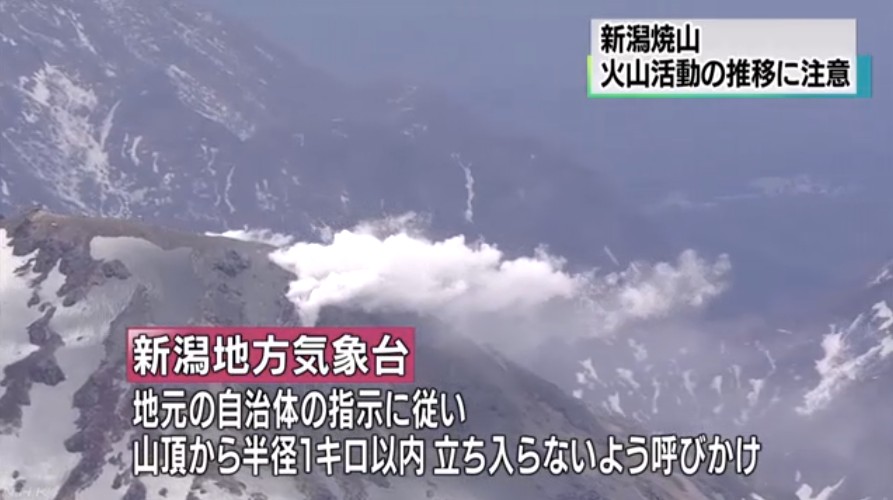 Steaming from the summit crater of the Niigata Yake-Yama volcano. Image credit: NHK

The JMA reported a slight increase of the amplitude of small volcanic earthquake on May 1, 2016. The observed volcano plume has increased in amount since the late December 2015, and is, in general, slightly higher than the trend recorded during the 2015 summer season.

All the signs are not causing alarm, at present, but they may be pointing to a change in the internal hydrothermal and/or magma storage system, and may also be the precursory signs of the new activity at the surface. Accordingly, the alert level remains at its lowest (on 1 out of 5). However, because of some uncertainty about the nature of the observed signs and a likely elevated risk of sudden explosions, the local authorities have set a 1 km (0.62 miles) radius of the exclusion zone around the volcano summit since March 2. People have been warned not to venture into dangerous areas. (NHK) 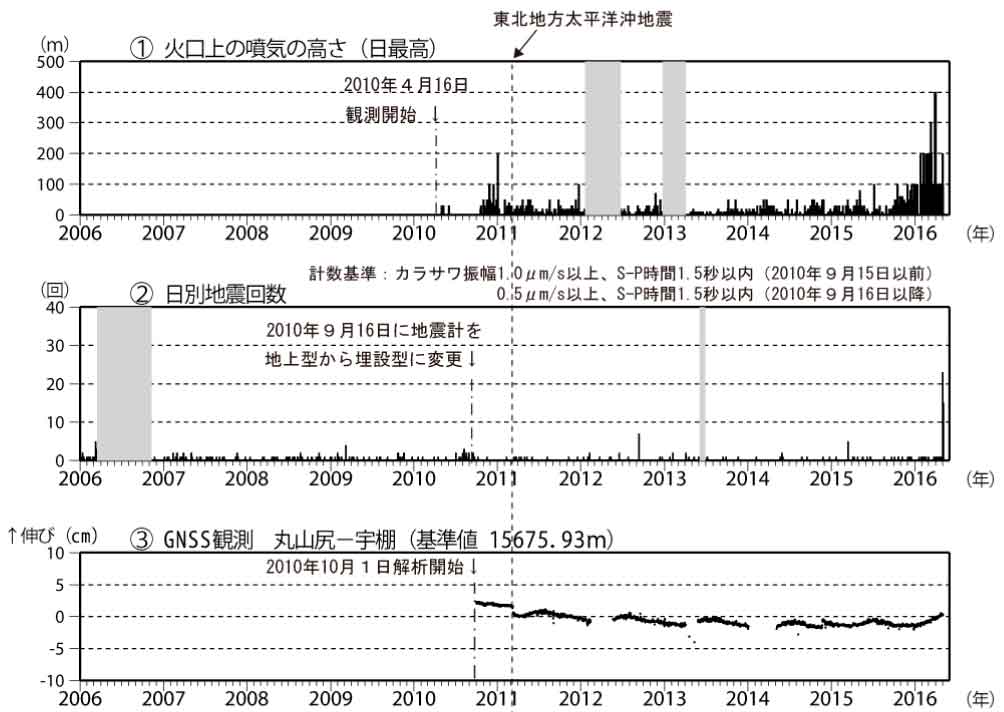 The seismic unrest and slight inflation at the Niigata Yake-Yama. Image credit: JMA

According to GVP, no significant activity was reported at Niigata Yake-Yama since 1992. The steady white steam emissions have continued throughout the year and have been a constant for several years before that, as well.

Niigata-Yakeyama, one of the several Japanese volcanoes named Yakeyama ("Burning Mountain"), is a very young andesitic-to-dacitic lava dome in Niigata Prefecture in central Honshu, near the Japan Sea. The small volcano rose to 2 400 m (7 874 feet) and was constructed on a base of Tertiary mountains 2 000 m (6 561.7 feet) high beginning about 3 100 years ago. Three major magmatic eruptions took place in historical time, producing pyroclastic flows and surges and lava flows that traveled mainly down the Hayakawa river valley to the north and NW.

The first of these eruptions took place about 1 000 years ago (in 887 and possibly 989 CE) and produced the Hayakawa pyroclastic flow, which traveled about 20 km (12.4 miles) to reach the Japan Sea, and the massive Mae-yama lava flow, which traveled about 6.5 km (4 miles) down the Hayakawa river valley. The summit lava dome was emplaced during the 1361 eruption, and the last magmatic eruption took place in 1773 CE. Eruptive activity since 1773 has consisted of relatively minor phreatic explosions from several radial fissures and explosion craters that cut the summit and flanks of the dome. (GVP)