An explosion that took place at Nevado de Chillán volcano on March 3, 2016, sent an ash plume up to 6.2 km (20 340 feet) above the sea level. The eruption was accompanied by ash falls which were later expected in several nearby towns to the northwest including Chinchiná, Villamaría, Manizales and Palestine.

Regional La Nubia airport was closed during the afternoon due to ash fall. All flights to and from Manizales were canceled. 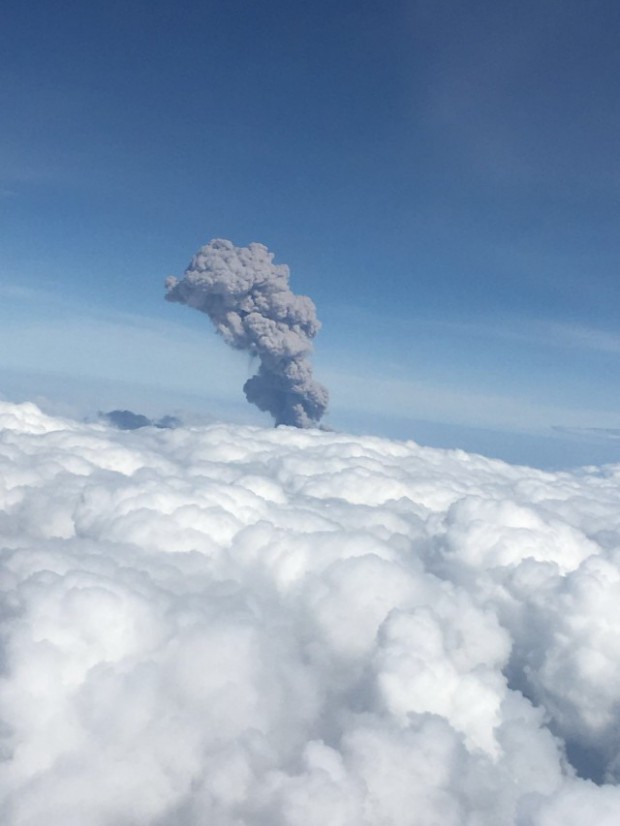 The observatory recorded 579 seismic events in February, of which 65 were volcano tectonic. During the same period, 510 long period events were registered.

A phreatic explosion at Nevados de Chillán's Volcán Arrau dome complex on January 29 generated an ash emission that was associated with a seismic tremor signal.

During an overflight on January 30 volcanologists observed that the series of recent phreatic explosions had formed a new crater about 50 m (164 feet) from Arrau Crater, on the eastern flank. The new crater was 25 – 30 m (82 – 98 feet) wide and at a similar elevation as the crater formed on January 8.

The volcano is at Yellow alert since 2012.

The compound volcano of Nevados de Chillán is one of the most active of the Central Andes of Chile. Three late-Pleistocene to Holocene stratovolcanoes were constructed along a NNW-SSE line within three nested Pleistocene calderas, which produced ignimbrite sheets extending more than 100 km into the Central Depression of Chile.

The largest stratovolcano, dominantly andesitic, 3212-m-high Cerro Blanco (Volcán Nevado), is located at the NW end of the group, and 3089-m-high Volcán Viejo (Volcán Chillán), which was the main active vent during the 17th-19th centuries, occupies the SE end. The new Volcán Nuevo lava-dome complex formed between 1906 and 1945 between the two volcanoes and grew to exceed Volcán Viejo in altitude. The Volcán Arrau dome complex was constructed SE of Volcán Nuevo between 1973 and 1986, eventually exceeding its height by 20 m. (GVP)