Torrential downpours triggered severe flooding in Greater Jakarta, Indonesia, and surrounding areas on February 25, 2016. Traffic disruptions and infrastructural damage were reported across the affected areas, and 40 people were forced to leave their homes in Cakung.

According to Jakarta's Disaster Management Agency (BPBD), abundant amounts of rainfall affected the region, most of which fell during a period of only one hour on the evening of February 25 (local time). Flood waters rose to 90 cm (35.4 inches) in East Jakarta. Other parts of Jakarta also reported flooding, Kelapa Gading and Cilincing especially. 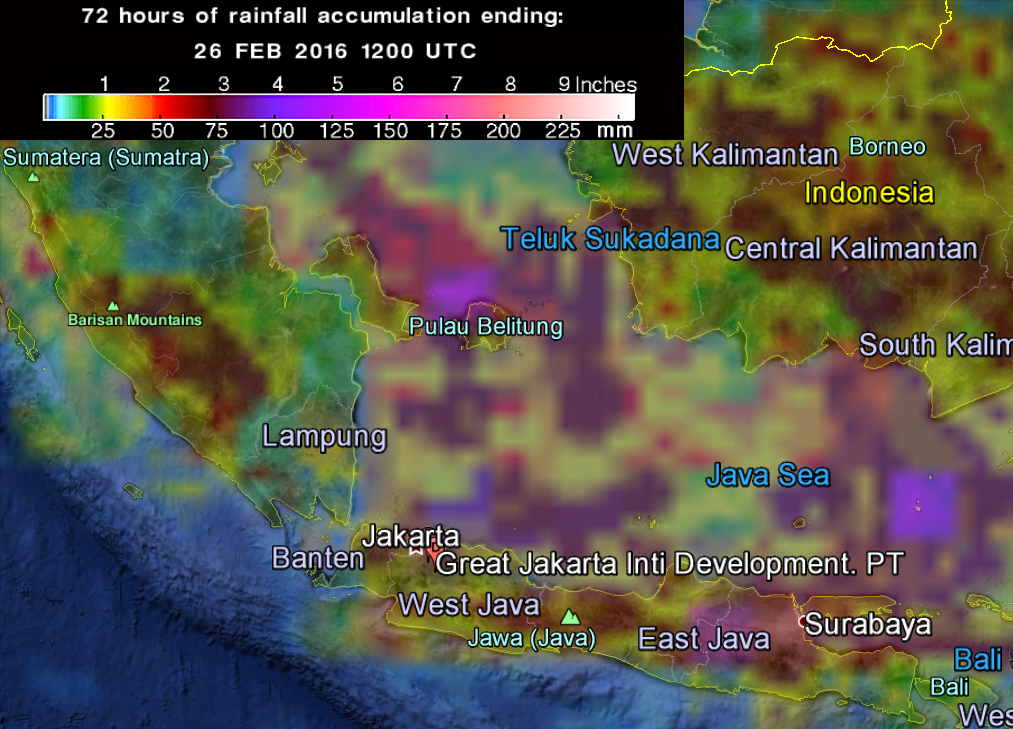 119 mm (4.7 inches) of rainfall was recorded at the Soekarno-Hatta International Airport in a 24 hour period between February 25 and 26. 59 mm (2.3 inches) was observed in Tanjung Priok while 89 mm (3.5 inches) of precipitation was reported at Jakarta Observatory and 90 mm (3.5 inches) in Serang in Banten Province, according to the World Meteorological Organization (WMO). 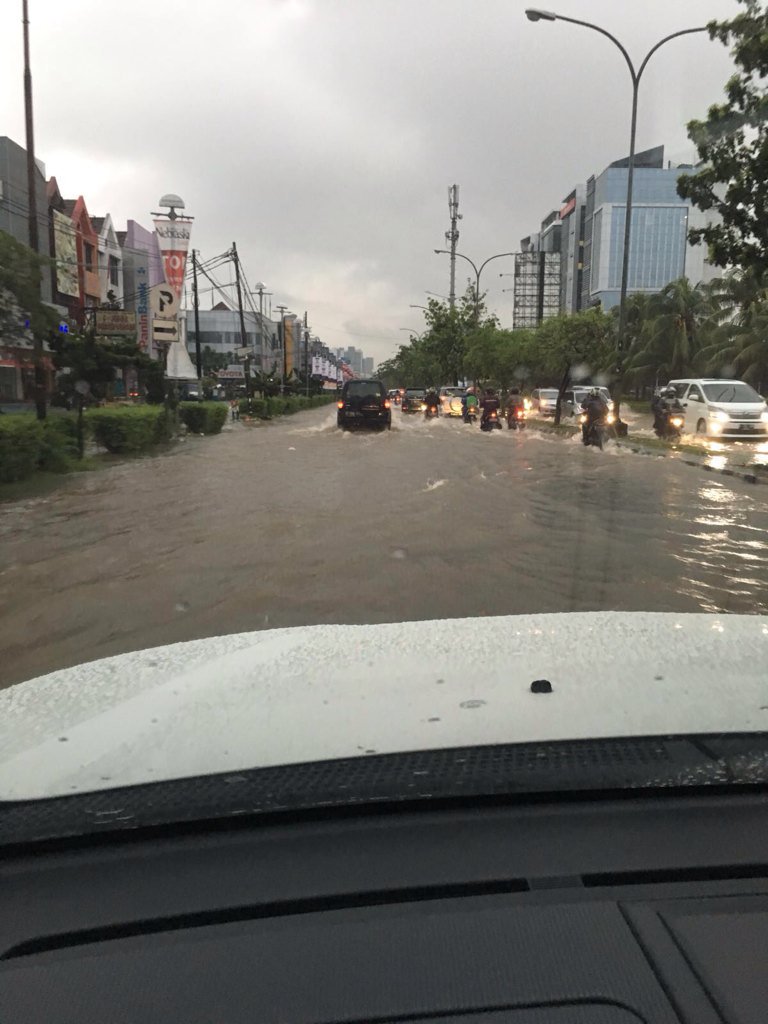 More rainfall has been forecast for the region over the coming weekend, by Indonesia's Meteorology and Geophysics Agency.