At least four bright meteors, of which two exceptionally bright, were observed over the skies of Spain, Portugal and Morocco on February 19, 21, 23 and 24, 2016. A meteorite with a final mass of about 1 kg was later found in Cordoba. The source was fireball observed on February 24th.

The first event was observed in southern Spain and Morocco at 19:06 UTC on February 19 and recorded by several meteor observing stations operated by the University of Huelva in Spain:

At 02:42 UTC on February 21, meteor recording stations at La Hita (Toledo), Sevilla and Huelva recorded an amazing fireball over southern Spain and Portugal. The event was produced by a meteoroid that impacted the atmosphere at about 120 000 km/h (74 500 mph). It started at an altitude of about 100 km (62 miles) and ended at a height of about 42 km (26 miles).

The third event was observed at 05:54 UTC on February 23. It was, reportedly, brighter than the full moon and could be seen from entire Spain.

Data analysis made by Professor José María Madiedo (University of Huelva) revealed that this event was produced by an object travelling at a speed of about 111 000 km/h (69 000 mph). The fireball started at an altitude of about 93 km (57.8 miles) over the Almodóvar del Pinar (Cuenca). The object moved southeastward, finishing above Requena (Valencia).

A video of the event recorded by the surveillance camera near Calar Alto Observatory is here.

The fourth, and most impressive, fireball crossed central Andalucia in southern Spain at 01:32 UTC on February 24. The object was registered from one of the Calar Alto Observatory surveillance cameras (the one pointing to the west), as well as from the fireball detection stations operated at La Hita (Toledo), El Arenosillo (Huelva) and Sevilla Observatories. 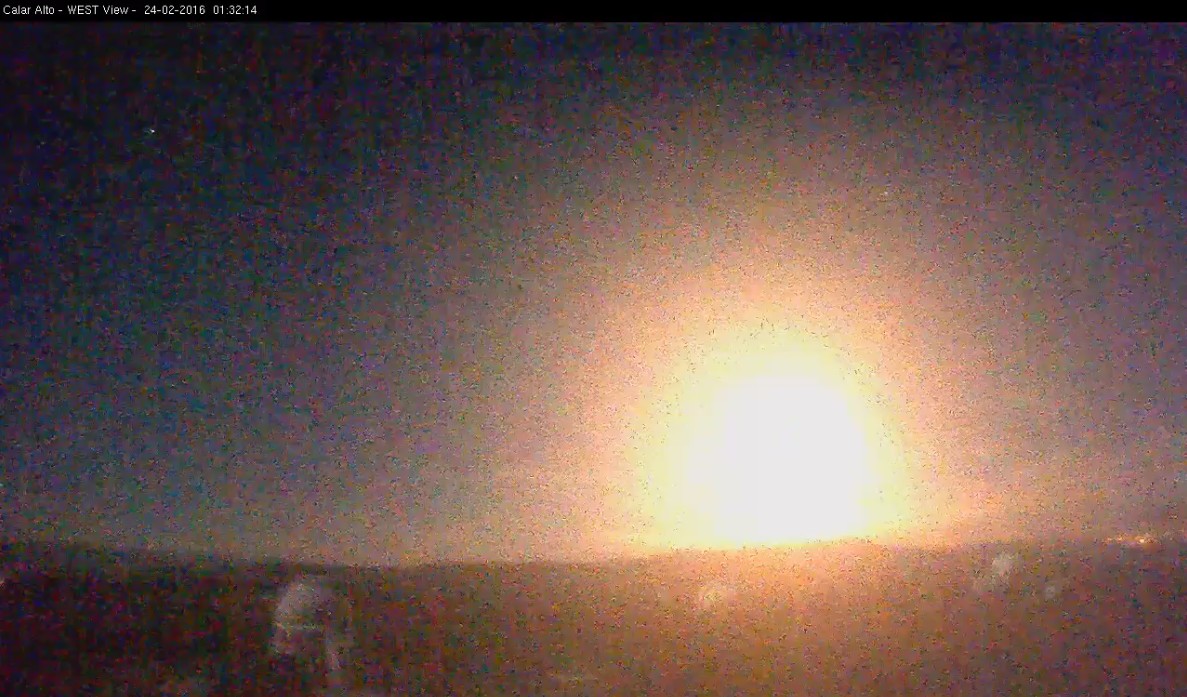 According to the preliminary analysis made by Professor Madiedo, the object hit Earth’s atmosphere at a speed of about 95 000 km/h (59 000 mph).

The observatory said that a more detailed analysis of this event will determine whether it has a connection with any of the other meteoroids that crossed the Iberian Peninsula in recent days.

A meteorite with a final mass of about 1 kg was found in Cordoba. The source was fireball observed on February 24th.

A subsequent analysis of its orbit revealed that it came from an asteroid known as 2013 DF. This large asteroid flew past our planet on February 27, 2013.