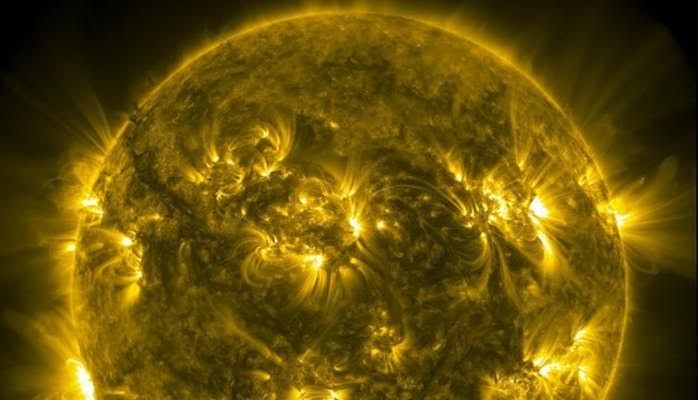 According to the current standard solar dogma, the process of solar cycle activity including the reversal of solar polarity is induced internally by the Sun itself. But, in physical reality, this notion is not true.

The Sun, like all stars, is a variable star and its cycle activity is determined by the amount and intensity of the external energy supply that reaches it. This fact has been obvious for a very long time. It is clear from the history of solar cycles and sunspot records which have been monitored accurately since 1750.

The intensity of the magnetic field at the surface of the Sun varies from one solar cycle to another. Furthermore, there were a few cycles even in the last 266 years when the magnetic activity on the surface declined substantially.

These cycles are known as grand minima; see the figure below. Also, see the following link Grand minima of solar activity during the last millennia.

In recent decades, space probes and other forms of unmanned spacecraft, such as Pioneer 10/11, Voyager 1/2, Ulysses, IMP8 and IBEX have provided detailed data of the huge changes in the structure of the heliosphere and the variation of high energy cosmic particles within it over the course of a solar cycle.

However, the observational data show the increasing and decreasing of the external energy supply that powers our Star. The increasing phase is during solar minimum while the decreasing one is during solar maximum. These observations in the last four decades of the inner, middle and outer heliosphere are more than enough to discard the notion of self-sufficient of the standard solar dogma.

Mainstream physics is wrong about the Sun, and sooner or later this fact will be exposed. Institutional scientists are self-deluded if they think the current theory represents the physical reality of our Star.

Thus, one should not be surprised why all attempts to sustain fusion reaction have failed. And why there is so much confusion about climate change, why scientists cannot explain in a rational sense the cause that triggers earthquakes and volcanic eruptions, why there were periods throughout Earth's history when a large number of land and underwater volcanoes erupted at the same time, and what causes Earth to change its magnetic field from time to time. In fact, there are so many other phenomena in the upper atmosphere of our planet that are without any explanation.

In spite of all the claims that we understand the Universe, and how it was created, we still cannot explain even the most important issues connected to our Planet and Star. Our Star is the Cosmological candle that allows us to see the Universe. Only when its radiated energy becomes replicable, we will truly understand the force that dominates and powers the Cosmos.